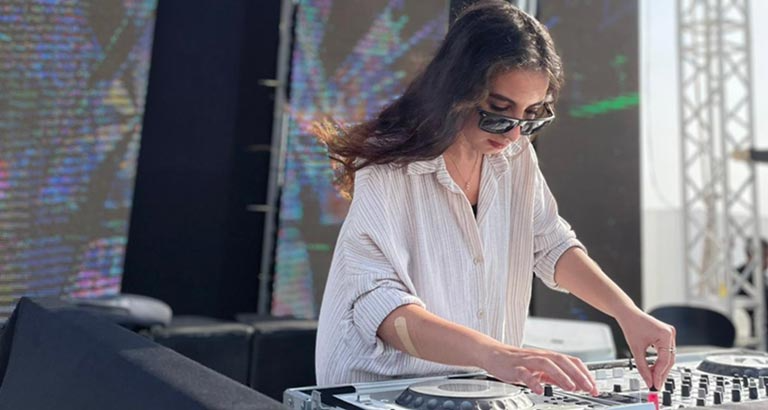 This Friday (July 22), a line-up of three talented Bahrain-based DJs will be presenting their sets at the bustling Over 338, located in Adliya. What sets this event apart from the rest is the fact that this line-up is all female – a first for Bahrain.

Bahrain’s underground music scene has been growing phenomenally since life began moving towards normalcy, following the lifting of COVID-19's consequential restrictions. The new wave of music, fantastic crowd and electric vibe has been a breath of fresh air for party-goers in Bahrain and for visitors from Saudi Arabia too.

Techno Bahrain (founded by renowned Bahraini DJ, aktivate) is one of the most proactive teams that has been at the forefront of supporting the growing music scene, hosting a number of Bahrain-based DJs, as well as international techno legend from Belgium, Marco Bailey in May 2022. Pushing the boundaries even further, they will be hosting the much-anticipated event featuring an all-female lineup of danafm, French Connection and Renaduh this Friday.

danafm is a Bahraini DJ and producer who experiments with minimal house and its sub-styles. Her journey with music started in production 10 years ago and evolved to DJing earlier this year. Dana’s time spent between Miami and San Francisco, over the course of a decade, has influenced her direction to be dark but groovy, minimal but textured, consistent but also experimental. Dana hopes to be part of a thriving, local community that celebrates underground music.

French Connection aka Mialy Diebold is a Bahrain-based, French house DJ. She first became interested in the house music scene in 2016, after which she has consistently managed to play at popular venues and events in Bahrain. Her sound can be best described as original house music - a genre that in its original form has shaped a large portion of the underground music culture today.

Renaduh is a Bahrain-based underground house and techno DJ. She likes to incorporate elements of Arabic electronica in her sets, inspired mainly by her roots in Palestine and Morocco. Fuelled by her passion for the art of musical collage, Renaduh aims to entertain all music lovers through movement and joy, sounds and togetherness as well as creating a limitless blend between her diverse musical styles.

Given that Bahrain’s music scene has grown to be a nurturing, community-driven environment, Techno Bahrain has stated that those wishing to join future lineups are welcome to get in touch by calling or texting 39 150-505.