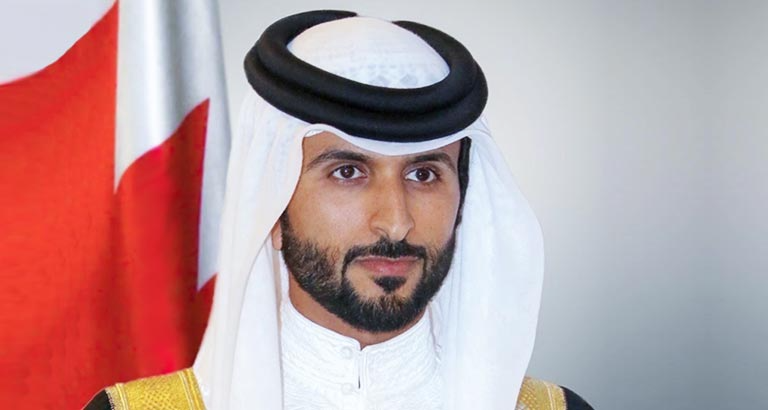 HM the King’s Representative for Humanitarian Work and Youth Affairs, National Security Advisor and Board of Trustees Chairman of the Royal Humanitarian Foundation (RHF), His Highness Shaikh Nasser bin Hamad Al Khalifa, has approved a package of humanitarian projects aimed at supporting needy citizens and those who have been affected by the coronavirus pandemic.

With an estimated budget of BD 17.43 million, the projects are within the ‘Feena Khair’ campaign launched by HH Shaikh Nasser to support the national efforts to fight the pandemic. The allocated budget will be used to support needy segments, productive families, and business owners who are not subject to the insurance system.

On the occasion, HH Shaikh Nasser extended sincere thanks and appreciation to His Majesty King Hamad bin Isa Al Khalifa for his constant care for the citizens and residents, in the midst of the current situation resulting from the spread of the novel coronavirus, as well as his sound directives to confront the pandemic as a united team.

HH Shaikh Nasser also commended the efforts of the members of the "Feena Khair" campaign’s coordination committee, which is in charge of distributing aid, instructing the committee to deliver all kinds of support to those who need it, in line with the directives of HM the King, and in order to achieve the goals of the campaign.

This came as the “Feena Khair” campaign’s coordination committee held its third meeting remotely, under the chairmanship of the Secretary-General of the Royal Humanitarian Foundation, Dr. Mustafa Al-Sayed Al-Ameen.

Dr. Mustafa Al-Sayed indicated the budget will also be dedicated to providing computers to students from needy families, contributing to sanitising towns and villages, providing food baskets, within the “Your Food at Your Home”, studying the establishment of an epidemics treatment centre, supporting distant learning applications and helping indebted people, he said.

Dr. Al-Sayed said that the meeting followed up on the progress of the implementation of the initiatives endorsed by HH Shaikh Nasser within the "Feena Khair" campaign.

The committee paid tribute to volunteers for the tremendous efforts they are making to face the pandemic at all levels, thus reflecting the awareness of the citizens and residents on the importance of cooperation and solidarity in facing the pandemic.

Dr. Mustafa Al-Sayed expressed pride in the sacrifices made by medical competencies and security personnel to combat the coronavirus, noting that the committee discussed proposals to honour the frontline heroes of the fight against COVID-19 to motivate them and highlight the major role they have played to serve society during such difficult circumstances.