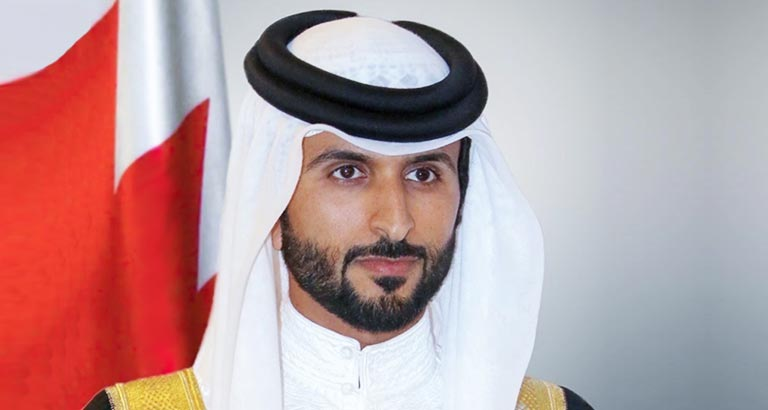 His Highness Shaikh Nasser bin Hamad Al Khalifa, His Majesty King Hamad’s Representative for Humanitarian Work and Youth Affairs, National Security Advisor and Chairman of the Royal Humanitarian Foundation, will present a personal donation of BD1 million to support “There is goodness in us”, the national campaign against the coronavirus pandemic.

HH Shaikh Nasser stressed that the donation is part of strengthening the Kingdom’s crucial efforts to consolidate the fight against the coronavirus and contribute to dealing with financial challenges to the economy and society.

He said the campaign is moving forward according to a clear vision aimed at the recovery of the national economy in light of the great interest of HM King Hamad and HRH the Crown Prince in protecting the Kingdom and the citizens during these difficult times.

HH Shaikh Nasser said the contribution is one of the national duties to combat the virus and to promote the health and safety of citizens and residents, as everyone is keen to avoid negative impacts on the Bahraini economy, which will keep its natural standing thanks to the wise vision of HM the King and the government.

He expressed his appreciation of the great efforts by the government in combating the epidemic by providing the best medical services to all citizens and residents and ensuring that all the needs of medical personnel are met, which made Bahrain a role model for the World Health Organization and the other countries.

All people are working under the one-team spirit with "Team Bahrain" to face the current challenges and provide all means to eliminate the coronavirus, especially that the Bahraini society is an integral part in overcoming the obstacles to the national economy.

HH Shaikh Nasser praised all those who have contributed to the national campaign that has been widely welcomed by public and private companies and institutions.