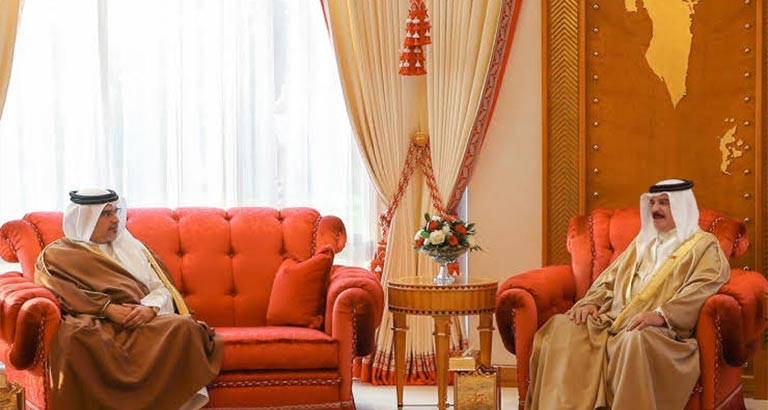 HM the King expressed appreciation of the dedicated national efforts exerted by HRH the Crown Prince and Prime Minister in serving the nation in various fields. He praised the outstanding participation of the Bahraini teams in the Olympic Games hosted by Japan. He praised keenness of the Bahraini athletes and officials to achieve the best results, commending their determination to represent their country in the best way. He wished them every success in future regional and international competitions, lauding the organisation and the distinguished efforts made by Japan to ensure success of the international championship.

HM the King commended the dedication of the Bahraini competencies and their remarkable contribution to the national march, praising the achievements brought about at the regional and international level.

HM the King and HRH the Crown Prince and Prime Minister reviewed the latest regional and international developments, stressing keenness of the Kingdom of Bahrain on stability in Afghanistan with the participation of all parties. They also underlined the kingdom’s interest in supporting the relief efforts in Afghanistan, alongside the international partners, out of keenness to promote humanitarian solidarity and Bahrain’s image as a civilisational model to emulate in the world.