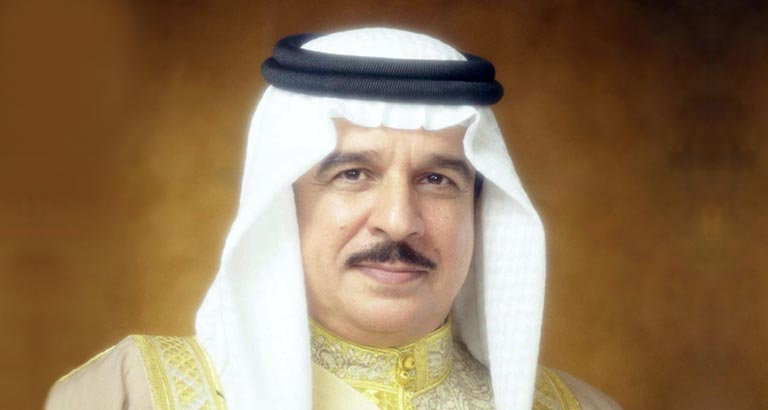 His Majesty King Hamad bin Isa Al-Khalifa directed to dispatch urgent humanitarian relief aid to the Republic of Lebanon to help alleviate their suffering in the aftermath of the massive blast which rocked the capital Beirut.

He assigned the Royal Humanitarian Foundation (RHF) to undertake the operation, under the supervision of HM the King’s Representative for Humanitarian Work and Youth Affairs His Highness Shaikh Nasser bin Hamad Al-Khalifa.

He hailed the royal drive which, he said, reflects the unwavering stance of Bahrain’s leadership, Government and people towards brotherly and friendly countries and peoples in times of adversity facing them.

He lauded HM the King’s keenness to extend a helping hand to all people, describing the royal drive as stemming from the fraternal and humane ties binding all nations worldwide and the brotherly relations linking the Kingdom of Bahrain and the Republic of Lebanon.

He said that the foundation is honoured to implement HM the King’s directives to extend support to Lebanon on all levels, reiterating Bahrain’s solidarity with the Lebanese people which is facing painful humanitarian conditions in the aftermath of the massive explosion that rocked Beirut.

HH Shaikh Nasser announced that the foundation is preparing a consignment to be dispatched urgently, reiterating heartfelt condolences to  Lebanon’s leadership, Government and people as well as the bereaved victims’ families.

RHF Secretary-General Dr. Mustapha Al-Sayyed announced that, based on HM the King’s initiative and HH Shaikh Nasser’s directives, a medical consignment  would be dispatched to Lebanon, in cooperation with the Ministry of Health and other relevant authorities.

Dr. AlSayyed said that other initiatives and efforts would be undertaken to support the people of Lebanon in the aftermath of the painful incident, lauding strong fraternal and historic relations binding the Kingdom of Bahrain and the Republic of Lebanon.

“The Kingdom of Bahrain has always been among the first states that extend aid and support to brotherly and friendly countries under all humanitarian circumstances facing them”, he said.