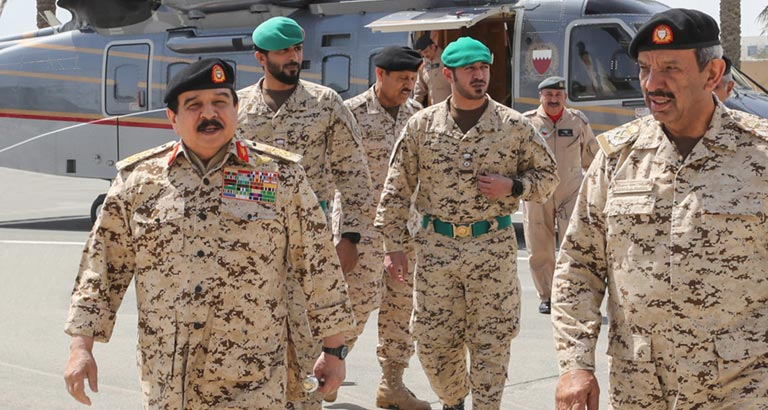 His Majesty King Hamad bin Isa Al Khalifa, the Supreme Commander, paid a visit to the General Command of the Bahrain Defence Force (BDF) yesterday and commended their efforts to prevent the spread of COVID-19 in the Kingdom. 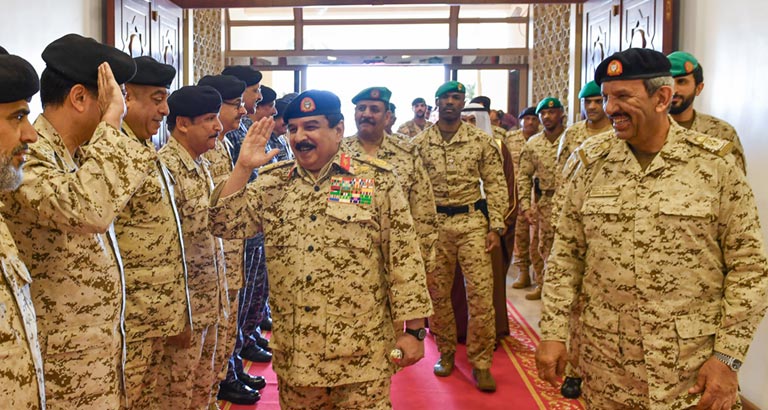 HM the King was informed about the tremendous health efforts exerted by the BDF to confront the Coronavirus (COVID-19), as part of the nationwide campaign to combat the virus that is spreading across the world.

HM King Hamad expressed thanks and appreciation to the BDF for its noble contributions and the readiness of its medical services to provide medical facilities that are equipped with the latest health supplies for examination, treatment and preventive measures through qualified and specialised medical personnel to prevent the spread of COVID-19.

HM the King affirmed that the health situation in the kingdom is reassuring, noting that many cases, including citizens and residents, have already been discharged and gone back home safety after completing the quarantine period and receiving the necessary health care. 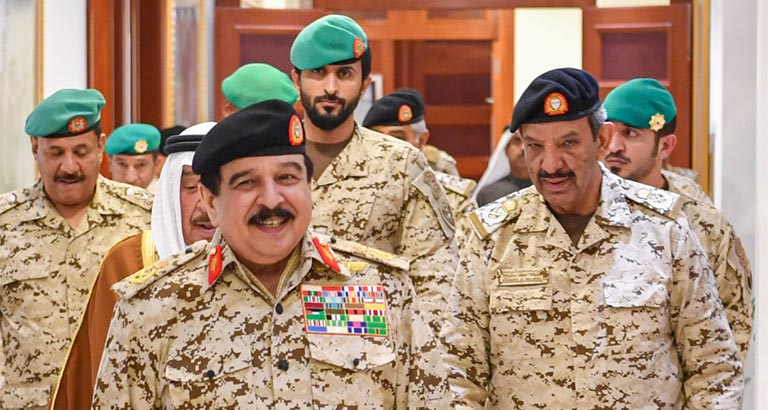 HM King Hamad expressed thanks to the National Taskforce for Combating the Coronavirus (COVID-19), chaired by His Royal Highness Prince Salman bin Hamad Al Khalifa, the Crown Prince, Deputy Supreme Commander and First Deputy Prime Minister, and its personnel, as well as medical and administrative teams, for their close and fruitful efforts that are widely appreciated by everyone.

HM the King valued highly the BDF’s noble humanitarian contributions, as well as its keenness to assume its patriotic duty of defending the nation and protecting its progress march, wishing everyone further success, and Bahrain more progress and prosperity.