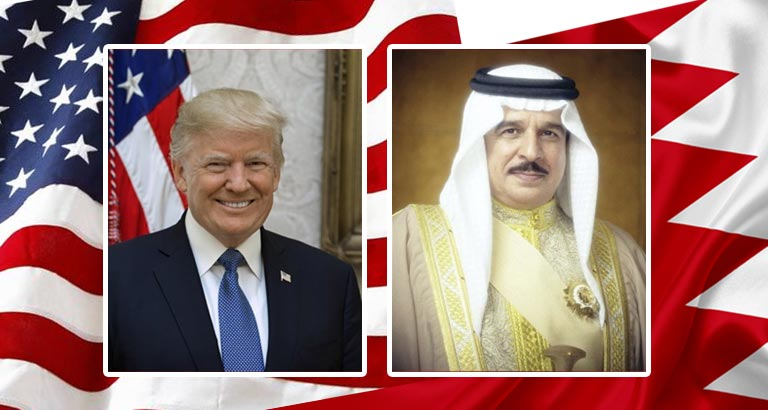 His Majesty King Hamad bin Isa Al-Khalifa yesterday held a call with US President, Donald Trump, to discuss the notable historic relations between the Kingdom of Bahrain and the USA, as well as means of further bolstering joint ties in all fields.

He offered heartfelt condolences to President Trump and the friendly American people, over those US citizens who lost their lives due to the novel coronavirus (COVID-19) outbreak, stressing the importance of international cooperation to combat the pandemic.

The US President commended the precautionary measures undertaken by the Kingdom of Bahrain amid this current crisis, stressing his country’s readiness to provide any assistance to combat the epidemic. HM the King expressed deepest thanks to President Trump on this stance, and reassured him about Bahrain’s success in containing the virus at this stage.

He commended the US-led efforts to maintain security and stability in the region and the active role of the American military forces to protect the international maritime corridors in the Arabian Gulf, Arabian Sea and Bab Al-Mandab Strait, praising President Trump’s efforts to stabilise the energy markets which support global economic growth.

The US President expressed deepest thanks to HM the King for his sincere feelings, reiterating his country’s keenness on strengthening US-Bahrain relations of friendship and cooperation and working together to maintain regional security and stability and protect global interests in the region.