HM the King meets Senior Advisor to the President of the United States, Jared Kushner 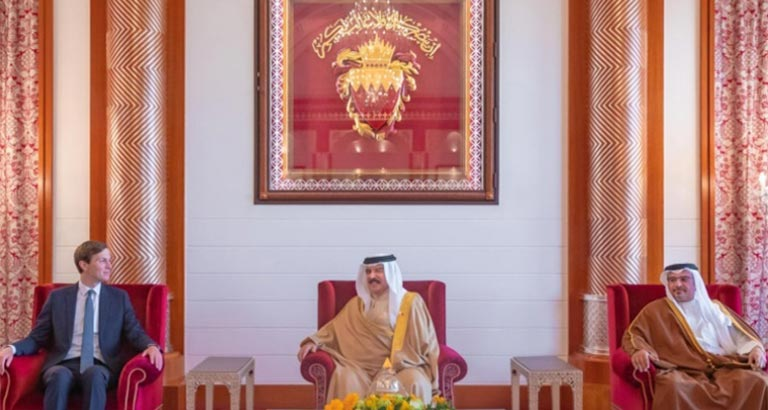 During the meeting, HM the King highlighted the historic ties between the Kingdom of Bahrain and the United States, which span more than 120 years of diplomatic relations and more than 75 years of military cooperation.

His Majesty emphasised the strength of bilateral relations, noting their continued progress in many fields, supported by a joint commitment to deepening ties to  benefit the interests of both countries and the security and stability of the Arabian Gulf.

HM the King welcomed Mr Kushner’s visit to the Kingdom and noted the US Administration’s significant efforts to support peace and stability in the region.

HM the King also highlighted the United Arab Emirates’ historic and continued efforts to support the interests and causes of Arab and Islamic nations, and their determined endeavours to reach a just and comprehensive solution that guarantees the Palestinian people their legitimate rights and lasting peace in the region.