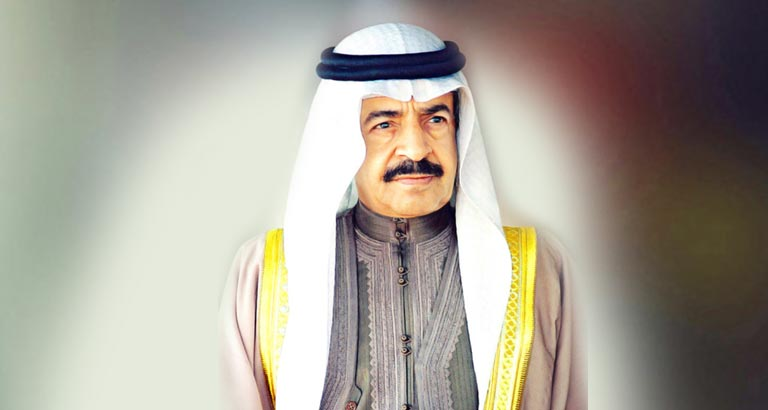 Members of the jury of the “Khalifa bin Salman Al Khalifa Award for Bahraini Doctor” have agreed on the noble values enshrined in the award, given its role in improving the health sector, being the cornerstone of human development, and the basis of humanitarian activities, particularly in light of the tremendous efforts exerted by the medical personnel to face the novel coronavirus (COVID-19).

They expressed delight at being selected as members of the “Committee to Choose the Winners of the Khalifa bin Salman Al Khalifa Award for Bahraini Doctor”, stressing that the award will reflect positively on the health sector, not only in Bahrain, but also at the level of the region.

In this regard, Dr. Sotirios Nedios, the Assistant Professor of Cardiology and Electrophysiology at the Leipzig Heart Centre in Germany, said that he was extremely happy to join the award jury, stressing that the appreciation of outstanding medical staff is a noble goal, noting that HRH Premier’s efforts to encourage scientific research, innovation, community service and development are widely appreciated and have a far-reaching positive impact on the medical field.

Regional Director of the World Health Organisation (WHO), Eastern Mediterranean Region, Dr. Ahmed bin Salem Al-Mandhari, expressed his confidence that the award will contribute positively to improving the level of health services in Bahrain and even the wider Middle East region.

Chief Executive and Registrar of the Royal College of Surgeons in Ireland (RCSI), Professor Cathal Kelly, said that the idea of the award is great, and that it is an outstanding innovation for human health security, emphasising the importance of honouring the distinguished achievements of health care professionals, especially in light of the ongoing global health crisis resulting from the spread of COVID-19.

WHO Assistant Director General for Antimicrobial Resistance, Dr. Hanan Balkhy, confirmed that the award was launched at a time the Bahraini medical staff deserved honouring for their distinguished efforts in the field of health care.

"I am confident that the award will have a positive impact on improving health services, not only in the Kingdom, but also at the level of the entire region," she said.

Arabian Gulf University (AGU) President, Dr. Khalid Abdul Rahman Al-Ohaly, praised the leadership vision of HRH the Prime Minister, which was embodied in his multiple initiatives, expressing honour in joining the award jury, along with a group of experts and specialists.

Bahrain Medical Society (BMS) President, Dr. Ghada Al-Qassim, voiced her deep pride in being a member of the jury of the award, adding that she is looking forward to contributing to enriching and supporting the work of the committee and achieving its pre-set goals.

She renewed her thanks and gratitude to HRH the Prime Minister for his unlimited giving and support for all sectors, foremost among which is the health one, praising the Premier’s sound vision thanks to which Bahrain is now placed among developed countries.

Earlier this year, His Royal Highness Prime Minister Prince Khalifa bin Salman Al Khalifa issued directives to celebrate the Bahraini Doctors’ Day on the first Wednesday of November each year, and launch a US $ 200,000-worth award carrying his name to honour outstanding Bahraini doctors in the medical, clinical and treatment research.

In a related context, the Court of HRH the Prime Minister issued an edict, stipulating the formation of a committee to select the winners, named the “Committee to Choose the Winners of the Khalifa bin Salman Al Khalifa Award for Bahraini Doctor”, under the chairmanship of Health Minister, Faeqa bint Said Al-Saleh.

The committee shall supervise the procedures for granting the award, verify that the nomination conditions and criteria for the award are met, review the nomination files, research papers, evaluate the assessment criteria and other documents submitted by each candidate, select the names of award winners and submit its final decisions to the award board to announce them.

It shall also propose the development of the necessary scientific and technical criteria for the nomination, evaluation and award procedures, in coordination with the award board.

The award consists of a shield and a certificate bearing the emblem of the award, in addition to a financial reward granted to winners from the public and private sectors.

The award shall be granted in two categories. The first is Innovation and Creative Award in Therapeutic, Clinical and Medical Research. It will be granted to three Bahraini doctors who prepare therapeutic, clinical and medical scientific research and attain distinguished achievements in their medical field characterised by creativity and innovation.

Meanwhile, the second category, “Extended Loyalty and Giving Award”, will be granted to a Bahraini doctor who has worked for a period of no less than 30 years, in recognition and appreciation of their efforts and contributions.