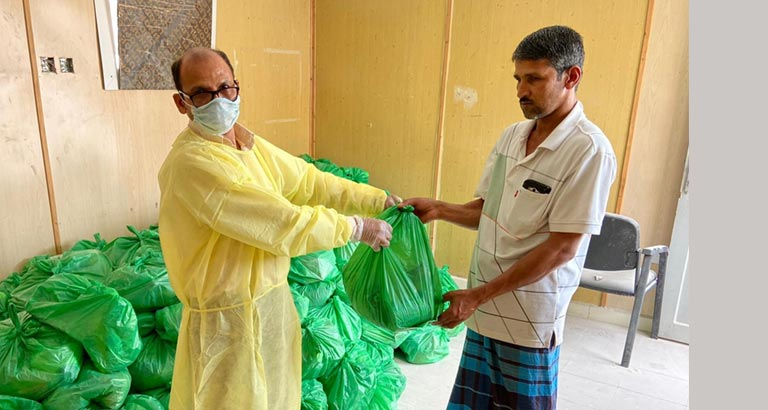 The COVID-19 crisis has jeopardised the job situation of scores of people the world over, and Bahrain is no exception. The worst hit are daily-wage workers and temporary employees whose income has come to a standstill with the downscaling measures undertaken by businesses to tide over the times.  One of Bahrain’s foremost non-profit organisations, the Migrant Workers Protection Society (MWPS), has stepped up to the aid of those worst affected by the fallout of the pandemic.

“The MWPS has been giving rations to expatriates who have no income to buy food due to the current Corona virus situation,” says Neelaja Shotre, honorary general secretary, MWPS. “Each bag handed out contains items like rice, lentils, oil, sugar, tea bags and flour, and is good for one person for around 30-45 days.”

As daily wage workers were the first to be affected financially, the Society’s primary focus was to help them. But slowly, volunteers started getting requests from others like domestic workers who are paid on an hourly basis and employees of salons and small shops to help support their families.

This timely initiative is executed on the ground level by Zuhair Katib Ahmed, who heads the MWPS Labour Safety and Welfare Committee. Neelaja says that Katib and his volunteer teams work diligently every day, handing out bags of ration at three or four locations around Bahrain. So far, bags have been distributed across the length and breadth of the island.

MWPS Chairperson, Noora Feleyfel says: “Our brave volunteers on the front lines from the Labour Safety and Welfare committee along with the Society’s driver, Francis, take the time and effort to distribute rations to various labour camps in urgent need. We are taking strict precautions in keeping them safe by practising social distancing, sanitising before and after, as well as wearing the necessary gear such as masks and clothes cover.” 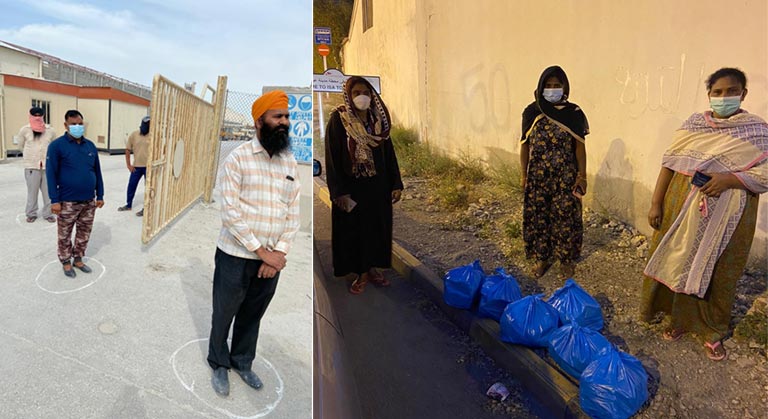 Neelaja says: “Care is taken that people do not crowd around for receiving the bags. Only a limited number of people receive the bags and further distribute them to others in the locality. Our volunteers also spread awareness amongst them on the importance of keeping distance amongst themselves, maintaining hygiene at all times and the use of gloves and face masks. We are planning to provide masks along with the provisions as well.”

Noora adds: “It’s truly heartwarming to see individuals and organisations coming together and contributing to the welfare of the less fortunate worker community.  We are thankful for the support of private individuals and companies for their donations. It’s allowed us to provide necessities to countless workers. Also the workers receiving the food have been so grateful and appreciate that they have not been forgotten during this extremely stressful time for them.

“We would like to offer our support to the LMRA and the Government COVID task force in spreading health awareness to the workers in labour camps and highlighting which groups are suffering the most.”

The MWPS welcomes donations from residents of the Kingdom towards this cause. To avoid the chances of spreading of the virus, currently, only monetary donations made online are accepted.