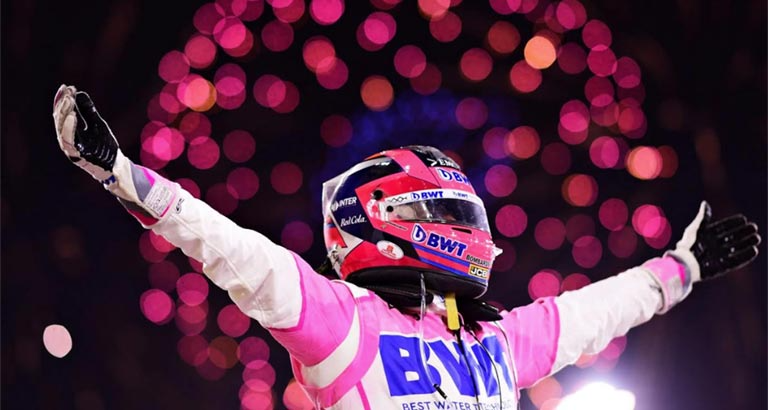 Mexican Sergio Perez, in his penultimate race for Racing Point and without a drive for next season, took the first win of his Formula One career in an extraordinary Sakhir Grand Prix in Bahrain on Sunday.

“I hope I’m not dreaming because I’ve been dreaming of this moment for 10 years,” said Perez, eyes closed and looking to the heavens on the podium as the Mexican anthem sounded.

“After the first lap, the race was gone. But it was all about not giving up, recovering. This season, the luck hasn’t been with us but I think today we won on merit.”

Perez spun on the opening lap after a clash that sent Red Bull’s Max Verstappen and Ferrari’s Charles Leclerc out of the race.

The Mexican’s fighting comeback through the field after pitting, from 18th place to an emotional victory, was the stuff of fantasy.

The victory was the first for the team as Racing Point and first for the Silverstone-based outfit since Italian Giancarlo Fisichella won for predecessors Jordan in Brazil in 2003.

George Russell, standing in for Lewis Hamilton at Mercedes after the seven times world champion tested positive for COVID-19, could have won but a late slow puncture dashed his hopes as he was closing in on Perez.

The Briton led for much of the race but finished ninth with the fastest lap, the only consolation for the regular Williams driver being that he scored points for the first time in his career.