Sadhguru Speaks At Save Soil Summit 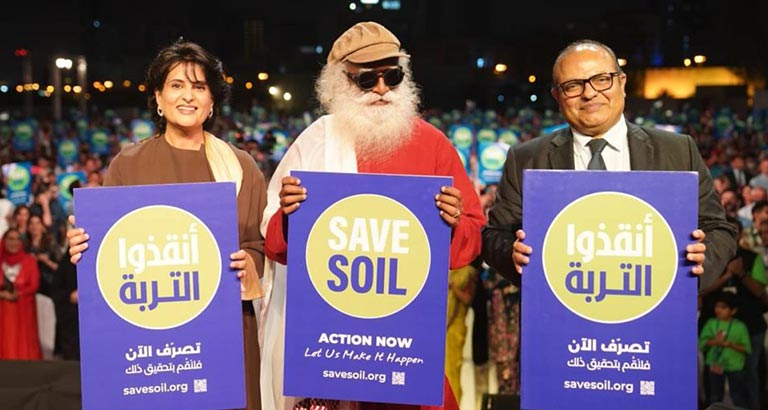 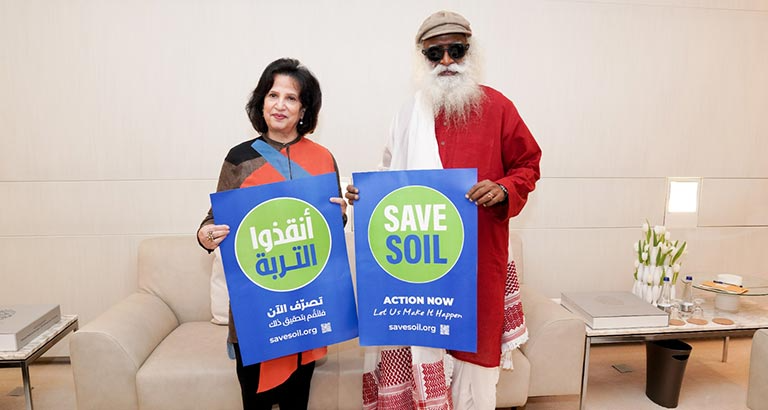 A large-scale event under the banner ‘Save the Soil’ was held at the Bahrain National Museum last night, hosted by Indian philosopher and visionary Sadhguru, as part of his global campaign to preserve human environmental gains.

During his speech to the audience, Sadhguru spoke at length about the importance of preserving the environmental and natural components of the planet, pointing to the danger of the rapid deterioration of the soil in various parts of the world. He further said that the world is heading towards a “disaster" if immediate effective steps are not taken to stop the deterioration process.

He stressed that what the world really needs is for each individual to play their role from a position of responsibility, stressing the importance of the cooperation of various public and private agencies, individuals and NGOs in order to preserve the soil and maintain its integrity. 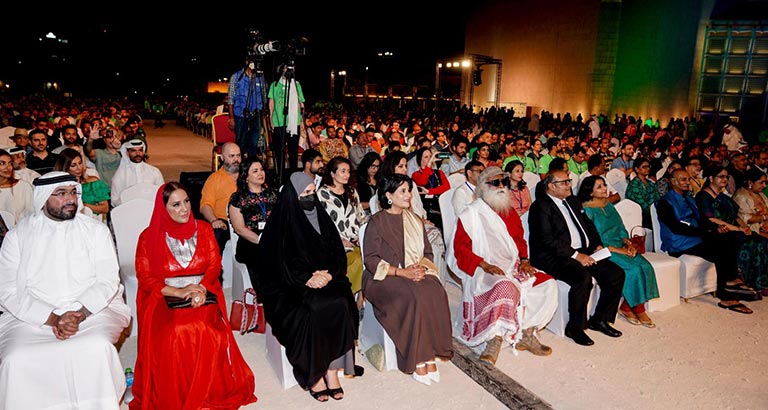 He said that the death of soil threatens various forms of life on the face of the Earth, as he stressed that soil is a living being because it contains billions of microbial organisms. He pointed out that the Earth's layer, which is no more than 18 inches deep, is the basis of life on the planet. Sadhguru warned of the shocking numbers that reflect what the soil is exposed to and said that 27,000 microbial organisms in soil are becoming extinct annually soil. If the situation continues for the next 40 years at the same rate, he believes, reviving the soil will be almost impossible. He warned that the consequences of this matter will exceed the world's ability to confront it, as there will be an acute shortage of food and clean water, which will be followed by mass migrations that will affect the most vulnerable groups in society.

Sadhguru called on everyone to contribute to keeping the soil alive, because it is the source of all life, and said that the intensive farming operations carried out by humans in nearly 70 percent of the inhabited land area is what causes the rapid deterioration of soil, and that re-legalising these processes will contribute to its preservation.

Prior to Sadhguru's speech, Her Excellency Sheikha Hala bint Mohammed Al Khalifa said that Bahrain is happy to receive a global figure such as Sadhguru, praising the campaign he is leading and which contributes to creating global solidarity in order to save the soil.

She pointed out that the Kingdom, under the directives of His Majesty King Hamad bin Isa Al Khalifa and His Royal Highness Prince Salman bin Hamad Al Khalifa, Crown Prince and Prime Minister, affirms the human right to a healthy natural environment and the right of future generations to a soil that gives them the ability to maintain the continuity and quality of life. She said that Bahrain supports soil protection efforts in order to preserve its vitality for the future, explaining that the Bahrain National Museum is the best witness to the importance of soil for Bahrain's successive civilisations since Dilmun until today. 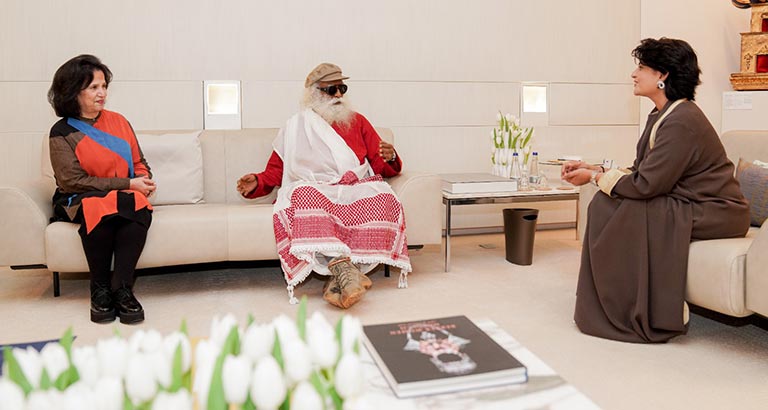 Sadhguru visited Bahrain as part of his world tour, which he started from London and which he will end in India on his motorbike. During his 100-day tour, he will cover a distance of more than 30,000km and will visit 27 countries. Sadhguru seeks to attract the attention and support of more than three billion people, with the aim of raising awareness about land degradation and desertification and to encourage policy development to conserve the land and the agricultural environment.