Save Soil Movement Moves To Museum 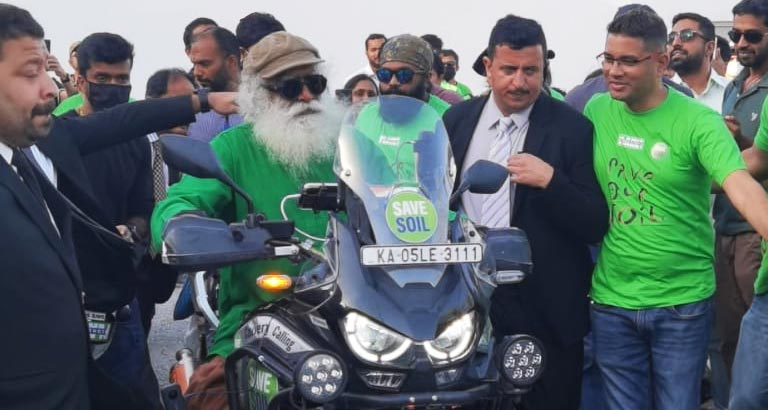 The Save Soil Movement, led by self-styled ‘global visionary’ Sadhguru, will host a large-scale public event in Manama tonight that is expected to attract more than 5,000 people.

The event will take place at Bahrain National Museum in collaboration with the Ministry of Culture from 8pm-10pm. The event will start with cultural performances, featuring Sadhguru’s musical ensemble Sounds of Isha. Sadhguru will take the stage to speak about the movement, followed by Q&A with the audience.

In attendance will be celebrities, influencers and dignitaries, with the aim of raising awareness about the importance of soil conservation.

The drive aims to inspire a conscious approach to saving our soil and planet. The primary goal is to win the support of more than 3.5 billion people (more than 60 percent of the world’s voting population) to make ecological issues an election priority for governments across the globe.

It aims to urge and support governments in formulating policies that will address soil health in their country and make farming activity more soil friendly to halt and reverse further soil degradation globally. The primary recommendation of the initiative is for governments across the world to legislate policies that will mandate a minimum of 3-6 percent organic content in all agricultural soil in their country.

As part of his ‘Journey to Save Soil’ from London to the southern tip of India, Sadhguru has spanned 30,000km and 27 countries, undertaking a 100-day journey as a lone motorcyclist to address the soil crisis by bringing together people from around the world to stand up for soil health and supporting leaders to institute national policies to Save Soil.

Sadhguru is a yogi, mystic and visionary. He has been conferred three presidential awards in India, including one for his environmental work as well as the country’s highest annual civilian award for exceptional and distinguished service.

Over the years, he has also launched large ecological initiatives that have created a blueprint for economic development that is ecologically sustainable and spoken at the United Nations, World Economic Forum, World Bank, the UK House of Lords, TED and countless global companies.

World leaders, influencers, artists, subject matter experts, farmers, spiritual leaders and NGOs are among those who have pledged their support to rekindle humanity’s relationship with soil.