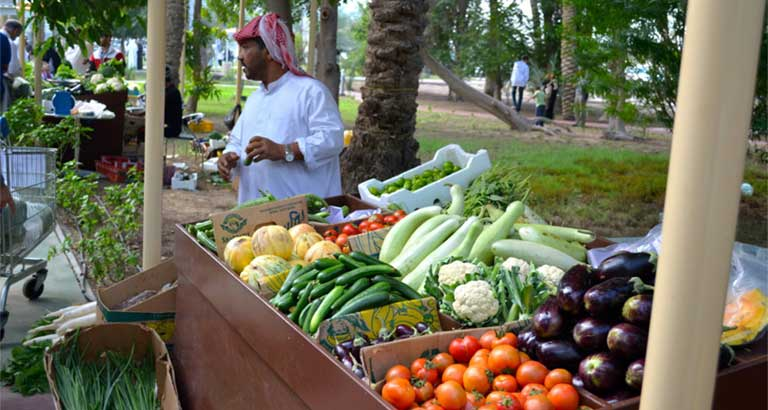 Agriculture and Marine Resources Undersecretary at the Ministry of Works, Municipalities Affairs and Urban Planning, Dr. Nabil Mohammed Abu Al-Fateh, has revealed that the Agriculture and Marine Resources Department would continue implementing its plans aimed at supporting Bahrainis involved in the agricultural sector, in line with the directives of Minister Essam bin Abdulla Khalaf in this regard.

The department will also carry on its coordination programmes with the relevant parties in a bid to optimise the contributions of the agriculture and marine resources sectors to the kingdom’s sustainable food security, he added, citing efforts to launch agricultural projects through building partnerships with the private sector.

19 land lots have been provided for 19 Bahraini farmers in Hoorat A’ali under renewable 10-year contracts. “Efforts also included the rectification of the situation of farmers by issuing their agricultural identity cards for eligible ones, in cooperation with the Bahrain Agricultural Cooperative Society,” he said.

He also highlighted the Agriculture and Marine Resources Department’s keenness to encourage Bahraini youth to join the sector, through expanding the adoption of innovative and advanced agricultural methods, including soil-less farming and aquaculture, in partnership with the private sector, which, he said, would increase the kingdom’s agricultural production and contribute to achieving food self-sufficiency.

Dr. Abu Al-Fateh also stressed the importance of supporting the marketing of the products of Bahraini famers, citing the allocation of 40 stands for them at the Manama Central Market.

He affirmed that the Agriculture and Marine Resources Department would spare no effort in order to provide all kinds of support for the affiliates of such a vital sector which is the cornerstone for achieving the food security strategy.