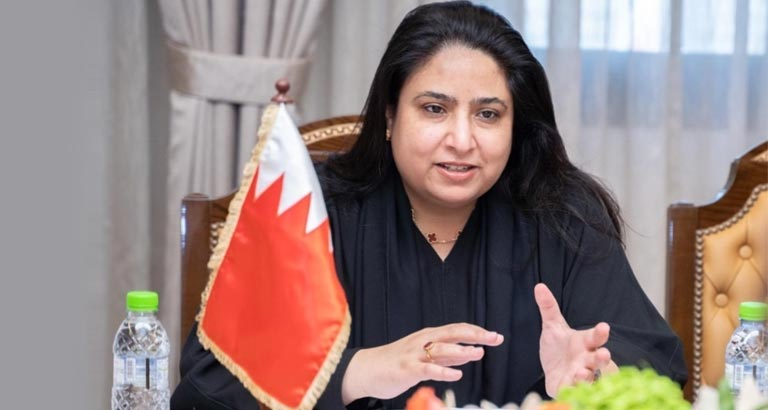 Undersecretary of the Ministry of Foreign Affairs and Member of the Supreme Council for Women (SCW), Dr. Shaikha Rana bint Isa bin Daij Al Khalifa, has hailed the SCW’s great and tangible role, headed by Her Royal Highness Princess Sabeeka bint Ibrahim Al Khalifa, Wife of His Majesty the King and SCW President, in promoting Bahraini woman at all levels and upgrading her position in society.

She extended sincerest congratulations to HRH Princess Sabeeka bint Ibrahim Al Khalifa, praising the landmark achievements made by the council since its establishment on August 22, 2001 as a byproduct of the Royal reforms of His Majesty King Hamad bin Isa Al Khalifa.

Dr. Shaikha Rana pointed out that it is fortunate that the SCW saw life as a unique and qualitative first in the region while the world was embarking on the third millennium, an important historical period, followed by the United Nation’s adoption of the Millennium Goals, including the promotion of women's rights.

The kingdom, she said, was able to keep abreast of such developments thanks to the continuous support of HRH Princess Sabeeka and her interest in giving Bahraini women a prestigious position and highlighting their bright positive image at all national, regional and international forums.

She added that the SCW has earned distinguished reputation and respect in all countries thanks to HRH Princess Sabeeka’s support that illuminated the path for Bahraini women to contribute to the building of a pioneering and developed Bahraini society that boasts many achievements.

The Undersecretary of the Ministry of Foreign Affairs said the SCW’s tireless efforts and those of all governmental and non-governmental bodies, in cooperation with Arab and international organisations have contributed to boosting Bahraini women’s role and status and preserving their rights.

She said “these have led to many political, economic, social and cultural achievements and strengthened the national and cultural gains made by the Kingdom of Bahrain in the prosperous era of His Majesty the King.”

“They have also contributed to the consolidation of the achievements of Bahraini women at various levels and highlighted their contributions as active and essential partners in the local community,” she added.

Dr. Shaikha Rana underlined the SCW’s unwavering keenness on empowering women which further engaged them in building a promising future for the Kingdom of Bahrain.

“They have also guaranteed women’s right to participation alongside men in all fields, with a high sense of responsibility and competence”, she said, noting that the establishment of the committees for equal opportunities and the launch of national gender equality programmes have secured women’s right to justice and equality, and contributed to the consolidation of the role of women in society.

The Foreign Ministry Undersecretary concluded her statement by pledging, on behalf of the Ministry of Foreign Affairs, to continue, alongside all other parties, supporting SCW, through continuous and constructive cooperation.