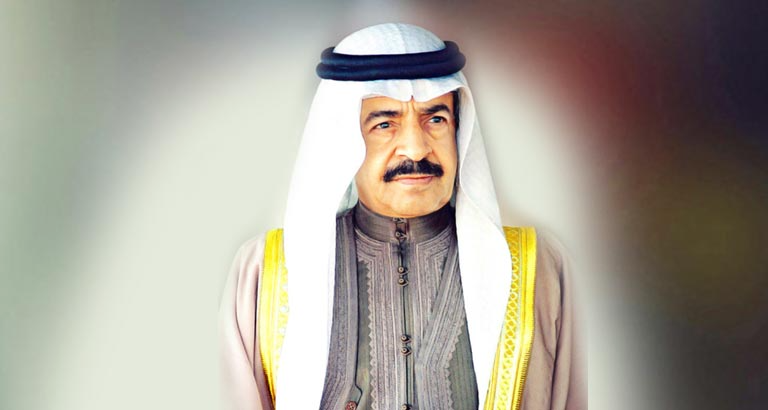 The Preparatory Group of the Executive Board of the United Nations Educational, Scientific and Cultural Organization (UNESCO) has approved His Royal Highness Prime Minister Prince Khalifa bin Salman Al Khalifa’s initiative to celebrate the International Day of Conscience, being the best means to mobilize the efforts of the International Community to consolidate peace, solidarity and understanding in order to build a sustainable world.

The participants in the meeting described HRH Premier’s initiative as a positive development aimed at reminding the world of the need to establish conditions characterized by stability, prosperity, as well as peaceful and friendly relations, based on respect for human rights and fundamental liberties for all people without discrimination on the basis of race, gender, language or religion.

They stated that marking the International Day of Conscience aims to raise awareness on the importance of building a culture of peace with love and conscience, in accordance with the customs and values followed by local, national and regional societies.

It also aims to emphasize the importance of integrating the principles of peace with love and conscience through providing quality education and public awareness, as well as implementing the appropriate activities, and highlighting the existing links between peace and sustainable development.

Bahrain had submitted a draft resolution to the 209th session of UNESCO Executive Board requesting it to recommend the UNESCO General Assembly to adopt a resolution on marking the International Day of Conscience at the UNESCO headquarters and regional offices every April 5, in line with UN Resolution 73/329 on ‘Promoting the Culture of Peace with Love and Conscience’

The resolution invites everyone to build a culture of peace with love and conscience in accordance with the culture and other appropriate circumstances or customs of their local, national and regional communities.

The draft resolution, which was included on the agenda of yesterday’s meeting of the Preparatory Group, was attended by the Representative of HRH Premier’s Court, and the kingdom’s Deputy Permanent Representative to UNESCO, Shaikha Wafa bint Abdullah Al Khalifa.

Shaikha Wafa lauded HRH Premier’s initiative on declaring April 5 as an International Day of Conscience, describing it a pioneering initiative at the regional and international levels aimed at enhancing Bahrain’s status as a country that supports global peace, security and stability, which will boost global to achieve further progress and prosperity.

She pointed out that all the participating countries had appreciated and respected HRH Premier’s initiative, noting that they welcomed it for its distinguished values that prove the Prime Minister’s strong belief in the importance of promoting the value of human conscience as a major reference in directing the focus of the international community in facing the destructive impacts of wars and conflicts. It also highlights the importance of concerted efforts to resolve conflicts in peaceful ways that would preserve people’s right to live in peace and stability.

Shaikha Wafa affirmed that the draft resolution, submitted by Bahrain and adopted by the Arab Group, was widely endorsed by the participants in the meeting, adding that it is expected to be finally approved by the 209th session of the Executive Board, to be held in Paris between June 29 and July 10.

The attendees stressed that celebrating the International Day of Conscience would be an effective tool to support UNESCO’s work in promoting the culture of peace, rejecting violence and encouraging inter-cultural dialogue.

They also asserted that the celebration of the event at the UNESCO headquarters in Paris and regional offices will feature many activities, including workshops, forums, exhibitions and awareness campaigns in the media and on social media networks, in addition to youth-directed programs dedicated to discussing issues of youth.

The UN, while adopting HRH Premier’s initiative on designating April 5 each year as an International Day of Conscience, asserted that it was in harmony with all international efforts to promote and build a culture of peace.

The Assistant Director-General of UNESCO, Stefania Giannini praised Bahrain’s efforts in promoting the adoption of the International Day of Conscience because of its importance in encouraging world peace and its implications for the importance of intellectual and moral solidarity among people.

This came during a video conferencing seminar organized by the United Nations' Sustainable Development Solutions Network” in cooperation with the Center for Sustainable Development at the University of Columbia and the Court of His Royal Highness the Prime Minister on April 7, 2020, on the occasion of the International Day of Conscience.

HRH the Prime Minister’s initiative for the International Day of Conscience also received wide international acclaim from many international officials and personalities, who said in press and media statements that HRH the Premier’s initiative would contribute to promoting common human values to achieve peace, security and stability that support efforts in the field of sustainable development and the welfare of peoples.

They emphasized that, in light of the difficult circumstances the world is going through at the moment due to the outbreak of the coronavirus pandemic, the importance of the value of conscience is to direct the world's attention to the importance of solidarity and cooperation and ensure joint efforts in facing the global challenge.

They said the initiative would enhance the role of the United Nations, through working with Bahrain, in embodying a vision of a new and better world, after divisions led to a decline in values and conscience.

They praised HRH, the Prime Minister as a global personality who has made great contributions to promoting interest in humanitarian, peace and sustainable development issues and to enriching international action with outstanding initiatives that the world needs in order to build a better future, including International Conscience Day as a qualitative initiative aimed at consolidating the values of love, partnership, solidarity, peace and prosperity for all.

The adoption by UNESCO of HRH the Premier’s International Day of Conscience initiative and its celebration on April 5 annually confirm the support and appreciation of the  international community and organizations of his efforts and initiatives aimed at strengthening international collective action towards providing humanity with security, stability and prosperity based on love, peace and harmony, as basic foundations for the various sustainable development plans and programs.