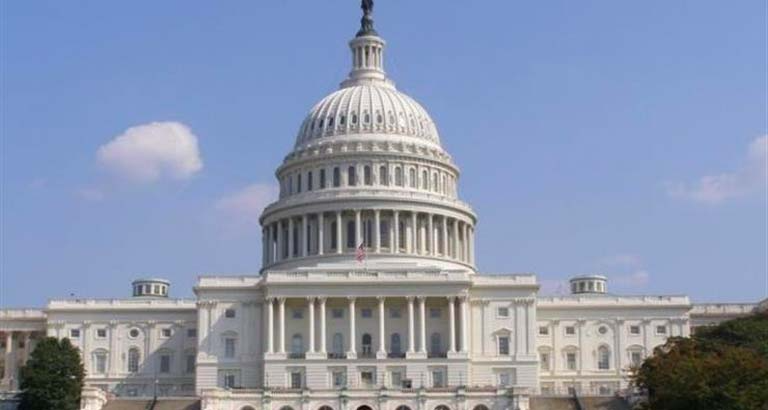 Several members of the U.S. Congress have applauded the announcement that Bahrain and Israel will establish diplomatic relations, describing it as a significant step towards peace and stability in the region.

The members, from the House of Representatives and the Senate, posted on their Twitter accounts or issued statements that they looked forward to a more secure and prosperous Middle East.

Brian Babin, the U.S. Representative from Texas' 36th congressional district, welcomed the agreement as a “momentous day” for stability in the Middle East.

Senator Kelly Loeffler, representing Georgia in the US Senate, said the announcement is “another historic step toward greater peace and stability in the Middle East.”

Congressman Alcee L. Hastings, who represents Florida's 20th congressional district. in the House of Representatives, said he welcomed the news that the Kingdom of Bahrain will establish full diplomatic relations with Israel. “The announcement is another historic step forward for long-term peace in the Middle East,” he said.

Senator Tom Cotton, who represents Arkansas in the US Senate, posted that the agreement between Bahrain and Israel “is yet another vital step toward peace in the Middle East.”

“I congratulate Netanyahu and King Hamad for reaching this agreement,” he posted.

Rep. Mario Diaz-Balart, representing Florida's 25th congressional district, welcomed the announcement, stressing that the “strengthened ties are good news for the world and those desiring peace, and bad news for terrorists.”

For Rep. Tim Burchett, representing Tennessee's second district, the announcement that Bahrain and Israel are establishing diplomatic relations “is progress towards peacefully achieving peace and stability in the Middle East.”

In Bismarck, U.S. Senator John Hoeven of North Dakota and Chairman of Agriculture Appropriations and Indian Committee, said that the new relationship between Bahrain and Israel is an historic diplomatic breakthrough.

“We appreciate the efforts of the leaders of Israel and Bahrain to reach this agreement and for the Trump administration’s strong diplomatic work,” he said.

He said he was looking forward to an improved security in this “vital region” and a more prosperous Middle East.

Rep. Greg Steube, representing Florida’s 17th district at the US House, tweeted that “with deals like these, we are on the path to peace in the Middle East.”

“This continues important progress for greater peace in the region,” he said.

Rep. David Schweikert, representing Arizona's 6th congressional district in the House of Representatives, said that the agreement to establish full diplomatic relations between Bahrain and Israel “is positive for the whole region.”

“I applaud this effort,” he posted. Rep. Lee Zeldin, representing New York's first congressional district in the US House said that the agreement between Bahrain and Israel “represents continued progress in this peace mission, which has been elusive for far too long.”

Sen. Rick Scott, representing Florida in the Senate, said the announcement that Bahrain and Israel will have diplomatic relations is “another historic moment aimed at bringing an end to decades of turmoil in the Middle East.”

He said that Bahrain's decision to establish ties with Israel “makes way for increased peace and economic prosperity between these nations.”

The American Jewish Committee (AJC) CEO David Harris said they “welcome the winds of change in the Middle East that lay the foundation for greater peace, cooperation, and prosperity.”

AJC, in another tweet, recalled how proud it was “to honor Bahrain with its 2019 ‘Architect of Peace’ award in recognition of the vision of King Hamad.”