Visiting the Scene of a Tragedy 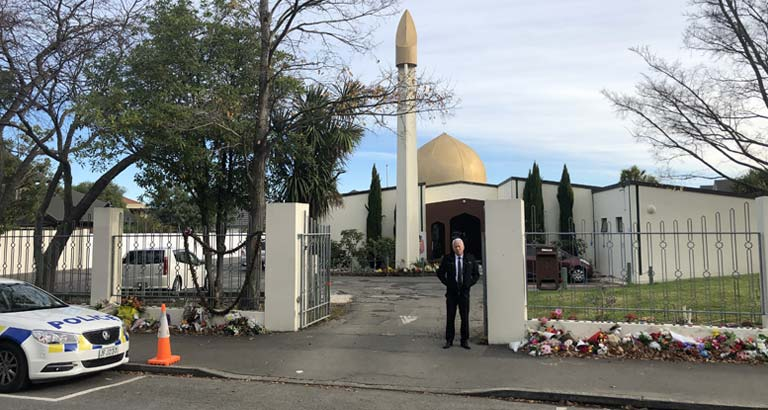 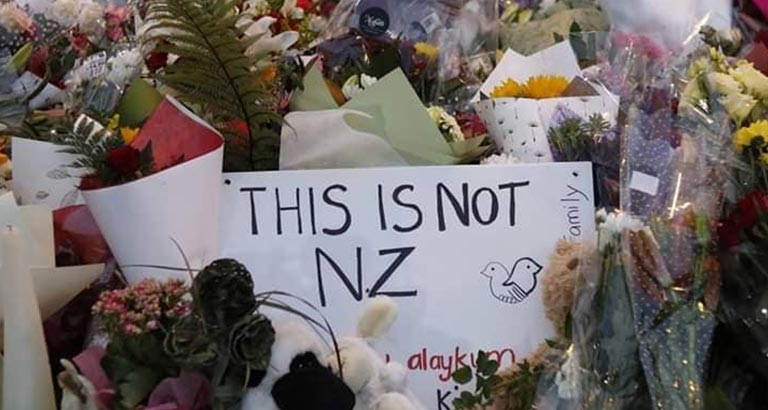 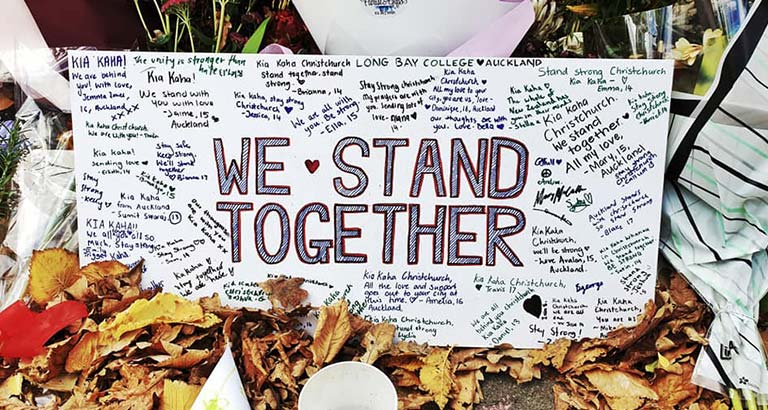 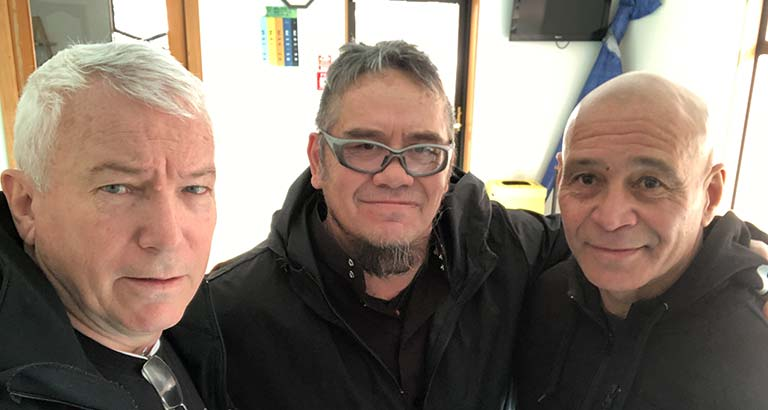 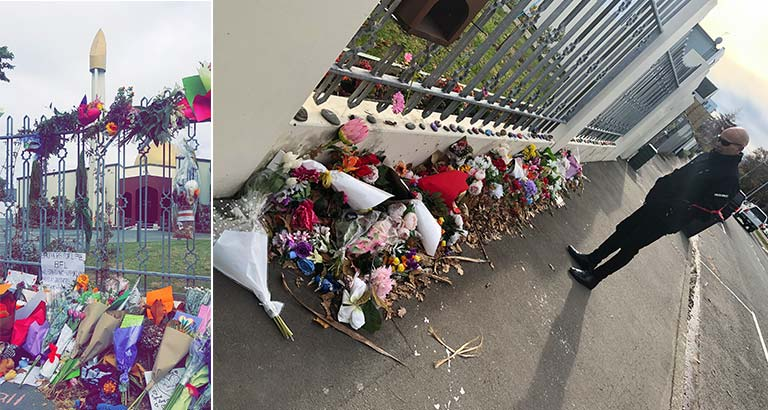 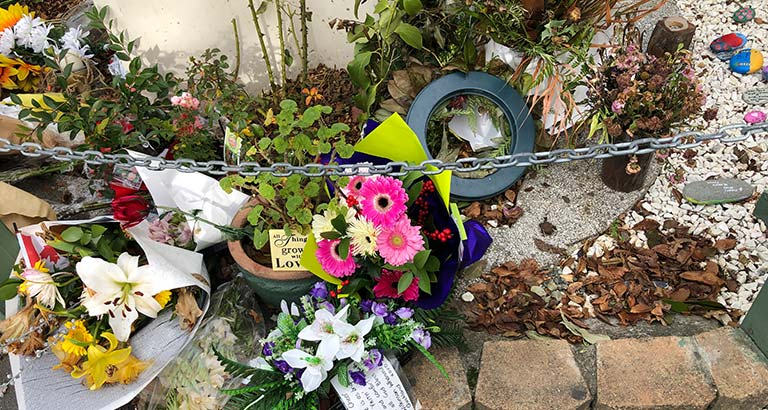 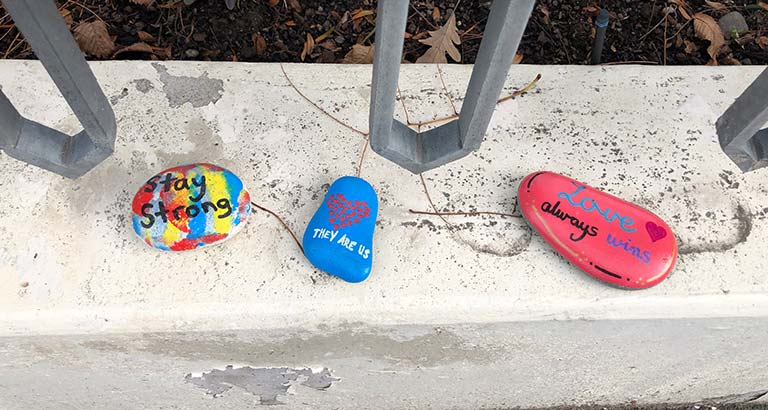 BTM’s Bill Grieve shares his experience of visiting the New Zealand mosque that was the scene of one of the country’s worst tragedies earlier this year.

BTM’s Bill Grieve shares his experience of visiting the New Zealand mosque that was the scene of one of the country’s worst tragedies earlier this year.

Driving down Deans road adjacent to Hagley Cricket Oval and the Christchurch Botanic Gardens, in Riccarton, the only thing that is distinctly different in the long street is that one address has abundant flowers adorning the pavement outside – the Al Noor Mosque.

I recently journeyed across the Antipodes making a stop in Christchurch, New Zealand to visit the Al Noor mosque where 51 worshippers were senselessly gunned down, and others injured on March 15, when a radicalised individual planned and executed a terrifying lone wolf attack using military-grade weapons. 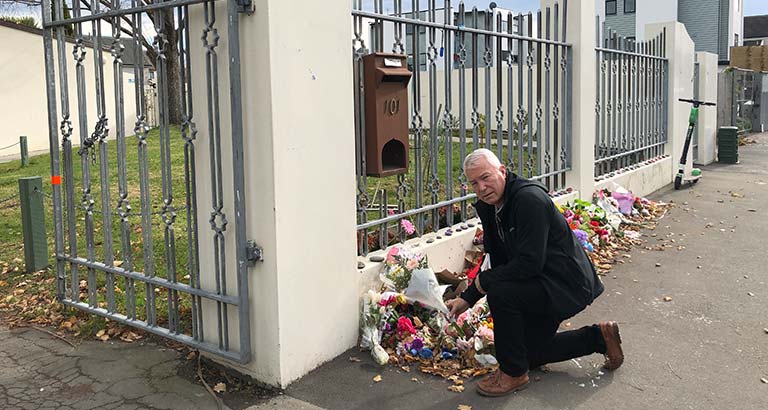 It is only when visiting the mosque that the true reality and impact of what happened hits home - it’s a small building, almost tiny and nondescript, but for the terrifying incident that occurred here. The new carpets and paint inside mask the scars in the walls; there is a newness that pervades through the entire interior. Several Middle Eastern GCC countries have bequeathed financial and other assistance to help the mosque and its worshippers resettle and get back to where they were – but there can be no doubt that the walls will reflect the pain and suffering for as long as the mosque stands and the wounds may heal but memories will never disappear.

Walking through the mosque there is a sense of foreboding, almost a deathly hallow, the residue of the dreadful ordeal endured by the worshippers on that fateful day – the type of act one associates with a radical group like ISIS or Al-Qaeda. Outside a life-size board depicts two people hugging each other in despair and sorrow, underneath is written: “This is your home, you should have been safe here,” echoing the sentiments of the New Zealand people and government. 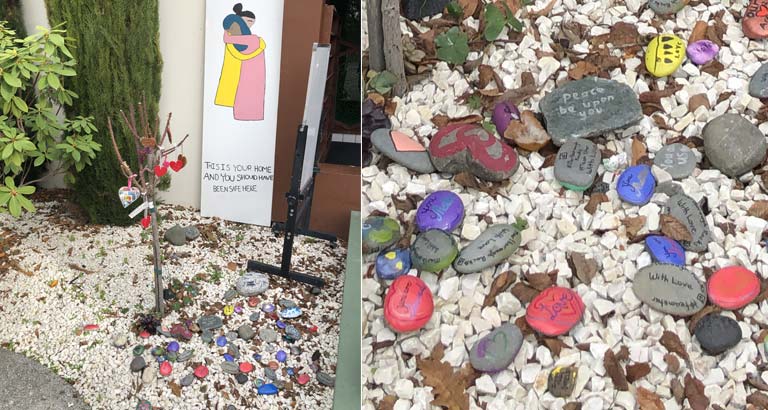 The rooms inside the mosque where the worshippers were huddled and cowered together, terrified no doubt, as they were fired upon, are small, almost tiny, and following the path taken by the gunman it is hard to believe that a human being was capable of carrying out this cold- blooded act of violence against a peaceful unarmed defenseless group of people who were gathered together to worship. As fate would have it, simply at the wrong place at the wrong time. But nothing surprises me anymore, we are living in a time of diluted values and morals, in a time where wrong is almost right and black is a shade of white, where the truth is a lie and lies are interpreted evidence, where nothing is what it seems anymore…

Perversely I had watched the video of the shooting as it “viralled” across the world, which was resemblant of any of a dozen digital war games played by millions daily across the globe. Slightly anaesthetised by the distant, almost surreal, unreality of it all, I had watched the shooter filming his actions and like a tongue, constantly returning to a hole in a tooth, my mind has kept on, insistently, replaying certain events of the shooting that will live with me forever. The memory of the lady lying wounded in the gutter calling “help me, help me…” only to be summarily executed. As she lay incapacitated, she was callously driven over by the shooter as he left towards another target. There are some things I have seen that I wish I could unsee, but one cannot unring a bell… 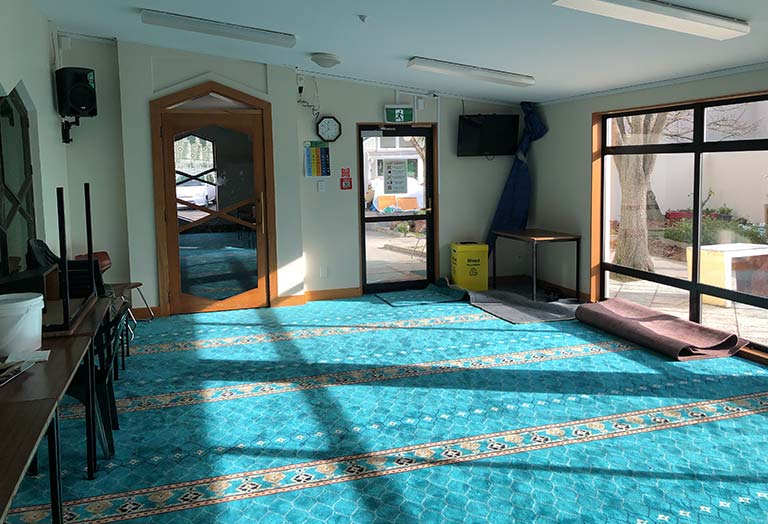 We can theorise, speculate, consider, argue or even plead the reasons, circumstances or conditions as to why and how this took place, but the final toll of victims speaks for itself. Fifty-one human beings, people: sons, fathers, sisters, brothers, mothers and daughters, lost their lives in this needless, senseless, wanton act of unnecessary and unwanted violence carried out for whatever reasons. It matters not the reasons – innocent people are dead and a lot of others injured, scarred and impacted, in ways that are physically and mentally terrifying and almost unimaginable – and this happened in New Zealand, the land of the long white cloud, Aotearoa. New Zealanders have expressed their solidarity and support by laying flowers and tokens of  empathy in depth and breadth across the fronts of the mosque and other significant sites in a tangible expression of visible sympathy and sorrow for what transpired. And the Maori words “Kia Kaha”, a traditional expression that is used to encourage and provide strength in hard times, are seen on many of the hand-made memoirs and painted items left behind as a token of solidarity with the Muslim community in New Zealand. 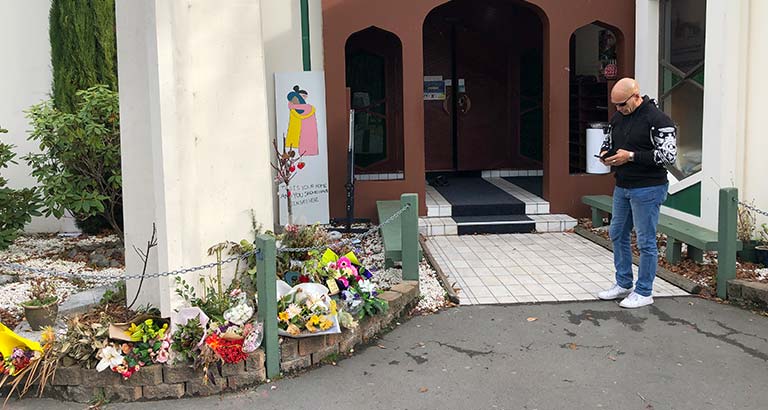 Having laid flowers as a personal sign of solidarity and respect for the dead, injured and involved, and having said a short prayer for the souls of the dead, I slowly walked away, casting a glance back at the cascading outpouring of public grief, angst and emotion laid out in flowers and memorabilia at the walls and fences surrounding the mosque, and the words of the Manic Street Preachers’ song “If you tolerate this your children will be next…” come to mind and for a moment I know and realise that this happened on our watch, and we - all of us – have a duty to stop this type of despicable act from ever happening again.

The New Zealand Government led by the Prime Minister acted decisively and courageously; with the support of the New Zealand people and in the shortest possible space of time, tangible steps were taken to prevent a recurrence. 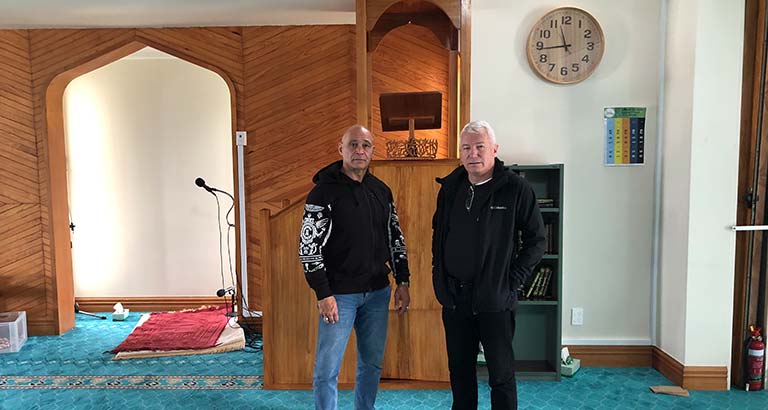 One could argue that if military weapons are outlawed, then only outlaws will have military-style weapons and that’s probably true, but a single step in the right direction starts a journey of a thousand miles and there is no doubt that the steps taken by New Zealand are only the beginning! 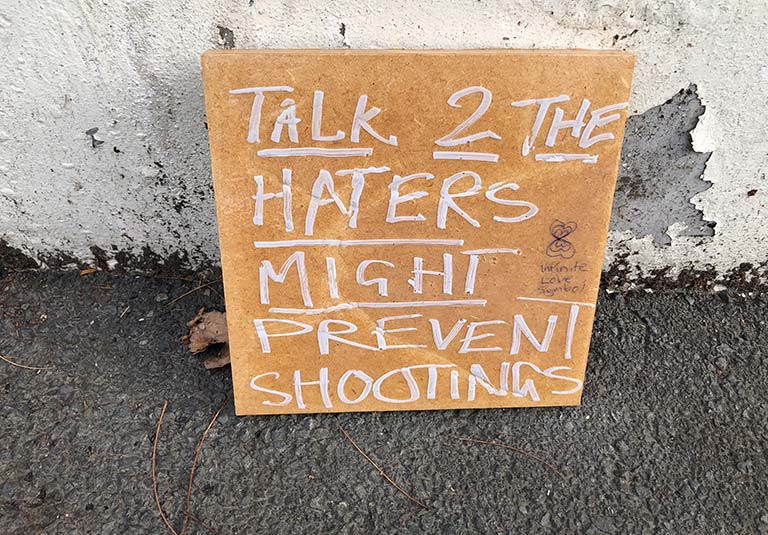 New Zealand’s rapid action, stance and quick adjustments were revered and praised by the world and across the globe New Zealanders were quickly recognised and embraced for the positive actions of the New Zealand people through their government – serving the will of the people. New Zealanders can be a strange and unpredictable people, and this proves it. New Zealand was also one of the only nations to ban any nuclear ships or nuclear armed ships, including the US Navy, from entering its waters in the 1980s. The government in New Zealand serves the people of the land and is representative of the will of the democratically elected majority and this is clear. 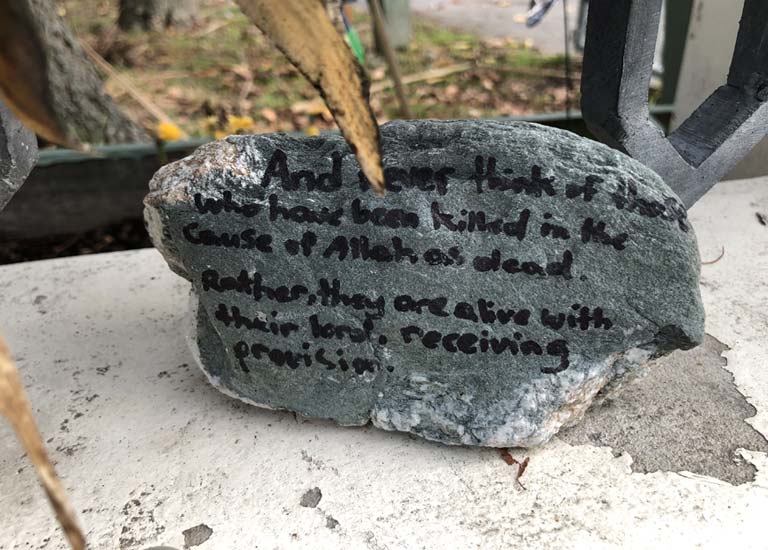 The New Zealand Police still stand like sentinels at the entrance to the mosque, it’s a nice gesture and reassuring. The NZ Police are the bastions of societal behaviour in New Zealand and just as hall monitors are responsible for the behavior of pupils in a school. The tolerant attitude and behaviour of a society is a reflection on the functionality of the justice system in the land, particularly the police. When the system of government we fall under fails the people and is soft on crime and soft on the causes of crime, the everyday person becomes the victim. Being a victim is not a virtue, it’s a flaw, and we as a society need to make sure that we do not adopt or inherit a victim mentality. When the law does its best, it’s up to the people to do the rest. Written almost invisibly on most declarations of independence the words can be found that mean - “When there is something wrong, those with the authority and the ability, have a responsibility to act…”.