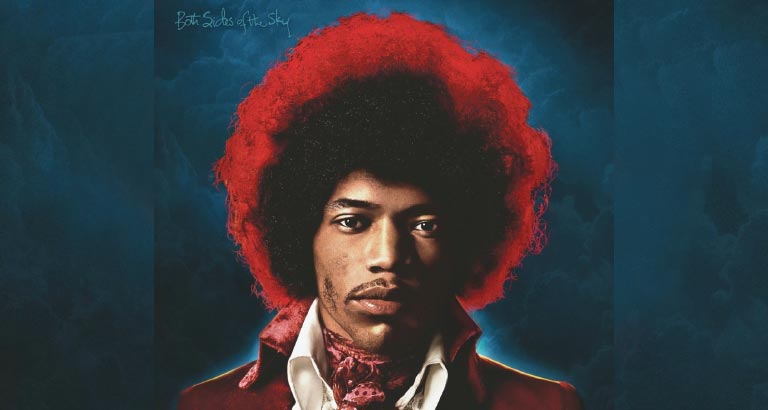 Jimi Hendrix – Both Sides of the Sky

Verdict: Hidden gems from the legend.

What’s the story?
Both Sides of the Sky is another collection of high-quality studio recordings, dating from 1968-1970. It might surprise some that, 45-plus years after his death, there’s still good material that hasn’t been previously released. However, Hendrix was recording nearly all the time at this point, whether they were demos done in his apartment, late-night jamming with friends, working on new material, or finishing or reworking older tracks.

Worth a listen?
The truly surprising thing about this collection is the amount of material even hardcore Hendrix collectors may not have heard yet. There are some fantastic takes on offer here, particularly the cover of Muddy Waters’ Mannish Boy. It’s interesting showing how Jimi’s ideas progressed through time, although some of the edits are pretty noticeable and don’t make for great listening. The real gem of this set is Cherokee Mist. It’s a completely finished studio recording with Jimi on both a Coral sitar and feedback guitar. Written in honour of Hendrix’s Cherokee heritage, it’s a beautiful instrumental and a feedback tour de force. While a bit uneven in spots, Both Sides of the Sky is well worth it for an avid Hendrix fan.

Judas Priest – Firepower
JP’s 18th studio album is meaner and leaner than their last few efforts; the song writing is more diverse and exceptionally tight. JP recorded all together from the studio floor; overdubs were added in post-production. It creates a kinetic energy and unified sense of purpose not heard consistently since Screaming for Vengeance. The opening title track thunders with double-timed drums, a classic dual-guitar riff and Halford’s scream. He may not be able to reach glass-shattering pitches at age 67, but his midrange wail and baritone growl remain among the mightiest forces in rock.

Editors – Violence
With Violence, the Editors have crafted a big pop album on their own terms, rife with grand, operatic gestures and heat-seeking hooks that cut deep, just as they put salve on your wounds. The difference this time is that rather than just digging deeper into a vintage ‘80s post-punk style à la Joy Division, here they’ve broadened the template, weaving in bits of early-2000s David Bowie and U2. Of course, with swaggeringly moody vocalist Tom Smith at the helm, all of these tracks still sound like the Editors.

Hieroglyphic Being – The Red Notes
The Red Notes is the third soul-jazz fusion full-length by Chicago experimental house producer Jamal Moss, and compared to the first two (The Acid Documents and K.M.T.), this one isn’t nearly as noisy, pounding or acid-drenched. It’s relatively mellow, with chiming synth tones and beats that stamp or click rather than pound. Moss serves as a one-man ensemble, overdubbing numerous acoustic and electronic instruments ranging from flute and alto sax to several analogue synthesisers.