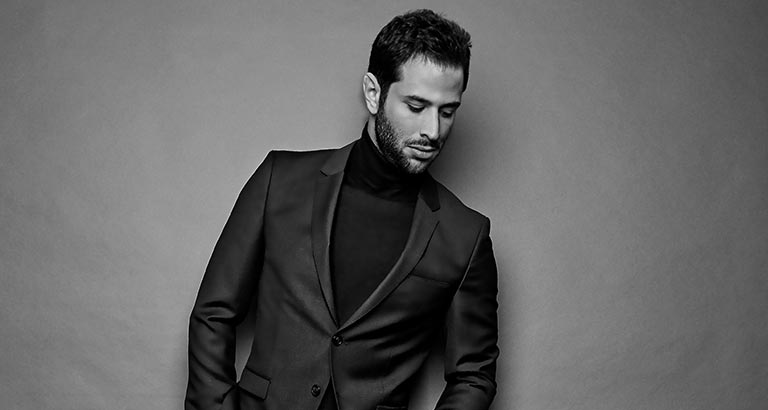 Palestinian singing sensation, Omar Kamal, speaks to Farah Baig ahead of his performance at the Spring of Culture 2022.

Spring of Culture is back this year, much to the excitement of art, music and culture enthusiasts in the Kingdom of Bahrain. The festival is embellished with thrilling performances, workshops and more, but it’s the return of the enchanting Palestinian singer and composer, Omar Kamal, that has beyond thrilled the Kingdom.

Hailing from the Palestinian city of Nablus, Omar Kamal built his reputation by bringing timeless music to the live stage. He previously performed at the Spring of Culture 2017 when he presented his debut album ‘Serenade’, charming fans with his truly distinct vocals and captivating stage presence. He will be performing at the Bahrain National Theatre on March 10, presenting ‘Show Me the Light’ - his latest album.

“I’ve been doing music in one shape or form since I was just nine years old. I was a musician before I was a singer - playing classical piano,” he says of the start of his journey with music.

As the years went by, he developed his exquisite vocals and multilingual repertoires which includes songs by musical legends, Frank Sinatra and Michael Jackson, to prominent Arabic musicians such as Mohammed Abdel Wahab and the iconic Fayrouz. “If we’re talking about professional inspirations then one is not enough,” he says. “In Arabic crossover music it’s Abdel Wahab, in the dreamy voice it’s Fayrouz, in imagination it’s Michael Jackson, in vocal performance and commanding the stage it’s Sinatra, in songwriting it’s the Beatles, and in basics it’s classical music.”

When it comes to personal inspirations, he graciously says that it would be his mother.  “She had a beautiful voice but had never done it professionally. She has a graceful approach towards music and the world around it, and that gives me the biggest inspiration at times of unclarity,” he says.

In 2015, Omar Kamal signed with Sony Music to create an album in Los Angeles with some great names in the music industry. “The experience was beautiful and may have been overwhelming at times, but it presented me with an opportunity to expedite my learning process to grow into an international artist,” he says.

After a long break from live entertainment, Omar is excited to be back in Bahrain. “Performing in Bahrain is one of my fondest memories of being on stage. The reception we received from the crowd was tremendous and warming at the same time, and their energy lifted me and my band to the stratosphere and it was all unexpected!” he reminisces.

For his upcoming performance, he’ll be bringing his band from London and will perform crowd favourites from their repertiore as well as new music.  ‘Show Me the Light’, which will be presented at the upcoming concert, was released in late 2019. “We were excited to bring it to Bahrain in 2020 and now we get to do it. It’s an international musical experience in a sense and features a lot of my original music. It doesn’t stick to one theme throughout, but the soul of it is one,” he says.

“This was going to be a bit of a surprise but we’re also going to be joined by ‘Cairo Ballet’ on stage,” he adds.

Being able to perform in a variety of genres in several languages, in addition to being classically trained in playing the piano, has made him one of the most prolific musicians to emerge from the region in recent years. As a result, he has enjoyed monumental success performing worldwide. “If I say Bahrain again I’d be repeating myself, wouldn’t I?! Alongside Bahrain, our show at the Pyramids of Giza was magical and full of history. I think those two stand out for me,” he says when asked about his most memorable performances.

Reflecting on his rise to stardom and his heritage, he says: “As I always say, being Palestinian can bring opportunities and can take some away. Regardless, I always feel very proud representing Palestine on any stage: international or regional.”