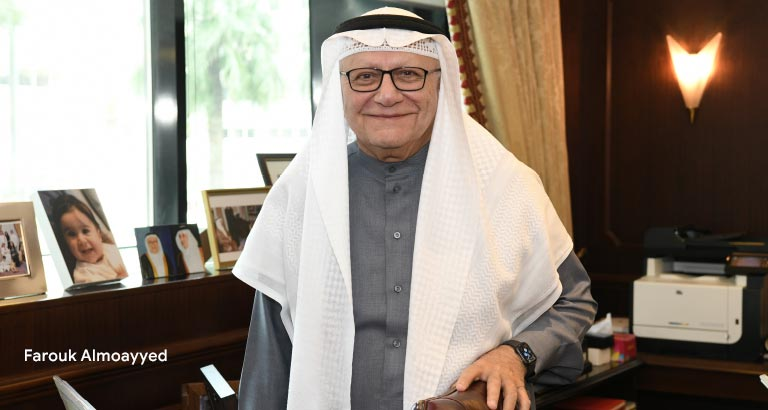 BTM spoke exclusively with Farouk Almoayyed, Chairman of the YK Almoayyed Group of companies, about his history within the organisation and plans for the future.

What are your memories of growing up in Bahrain?
Well, actually I was born in Bahrain and am from a very large extended family. At the beginning, we all lived in a big house behind the stationery shop [in the Souq]. Our education was in the local schools. And, of course, Bahrain had only one secondary college, so all of Bahrain that’s my age went there – so, we know everybody from the Kings to the chiefs, so it made for a good network. Then I went to the UK to study business, but I found out that my English was not that great. So, I switched to engineering. I came back in 1966 to work with my father – who always wanted me to join him to help in the business.

Was that what you wanted as well? Did you ever want to do something else?
I didn't say no. I never really thought of doing anything else. I felt a need to help my father because when I was a child he was always travelling to Saudi Arabia. We were seven, but one of my brothers died early, so we are six now. Four sisters and one brother and I am the oldest.

When was the business founded? How did it all start?
The group started with my father, as he mentioned in the book he wrote, when his father sent him to India to sell pearls. He was successful and was given 2,000 rupees, which was a lot of money then. But he realised that it was not a lasting business because it was supply and demand. So, he started buying electrical equipment from India and they started a small shop to sell it. By that time, the first electrical station was built and people were getting electricity. I think it was 1943 or ’44.

After the war, he went to the UK on a sea plane, it took about 22 hours with seven stops! He went to seek agencies to bring products to Bahrain; he got the full GEC agency and another company, Blackstone and Lister, for diesel engines and pumps. That's how his real business started and began marketing to Saudi Arabia. At that time, Saudi Arabia, of course, was at the beginning of the oil cycle, so that was an opportunity for him.

As a boy, I used to go to the office every day from the age of 10. I would go in the afternoon and I would sit and watch, you know, and make tea and coffee.

I got my first official role when I came back from university in July 1966. We had just got the agency for Ford, the motor car company, and my father told me to just take it over.

But unfortunately, after a year it was boycotted, because of Israel. You know, at the time, there were very strong sentiments and we couldn't deal with them until 1984 actually. So, in the meantime, I started writing to car companies. We got Honda and GM and, in 1968, I wrote to Nissan and got that agency, which continues to be very big in this market. 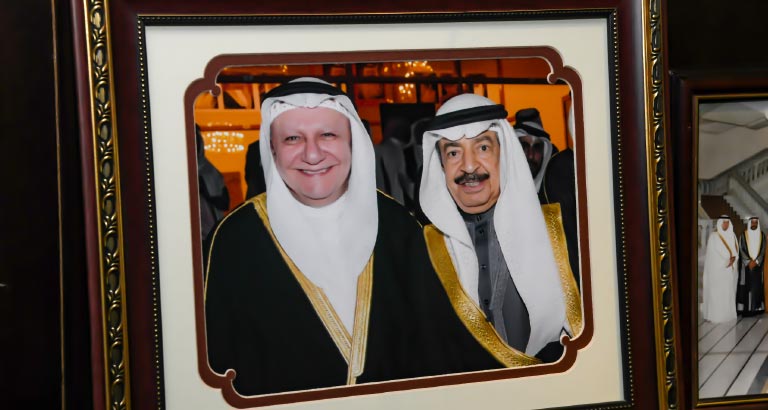 Who was leading the expansion?
My father was really the guiding light and, of course, he was the old generation, conservative. He was the right influence to keep us, sort of, restrained and he didn't like to take money from banks. So, we were working with our own money, which restricted us, of course, sometimes. But it's also helpful when there are problems as you have no debt.

What is the scope of the business today?
We are now, maybe, one of the biggest commercial companies in Bahrain. We are, of course, mostly cars, but we also have electronics and household appliances. I started the contracting business. We started with air conditioning and then developed it into ACG (Almoayyed Contracting Group) which covers about 18 companies. From supply to fit and maintenance, we do practically everything. There’s a huge waste transport station, security and cleaning, landscaping and agriculture. We develop to meet people’s needs which can help the economy also.

We currently employ around 7,000 people. We've got about 40 per cent Bahrainisation and we are working on it. We have developed a programme of training locals to take over the jobs. So, especially in the retailing side, most of our top guys now are Bahraini, about 70 per cent, and they're doing a good job. 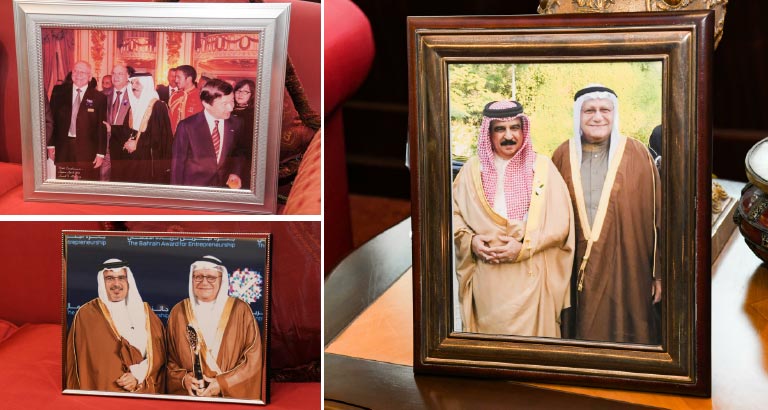 You must've seen quite a lot of changes over the years?
We started with a small shop at Bab al Bahrain and a smaller store on Shaikh Salman Highway. Now, of course, we have moved into this [the multi-storey YK Almoayyed building on Government Avenue]. And, of course, we built the tower [the 47-storey Almoayyed Tower in Seef] but we never moved there. We were planning to move, but it was the beginning, it was the first big tower and it was full. So, we decided to stay here.

What about the changes you've seen in the business climate in Bahrain?
At the beginning, you could get a margin of 30 to 40 per cent on goods, but not anymore. Now you can barely make six, seven or a maximum 10 per cent.

What is that down to? Is it competition or suppliers?
There're only so many customers. In 1966, there were maybe eight or 10 air conditioner shops, aside from the supplier. Now they are everywhere.  There are several dealerships, so they take off the margin also.

The business climate generally is really difficult partly because of the introduction of VAT and, of course, the changes in electricity and other costs. The amount people have [left] to spend has decreased. So, 2019 was a very difficult year.

What, in your view have been the company’s greatest challenges and achievements?
We have been steady going forward. We have never had, you know, a crisis because we don't work with debt. Yes, we are conservative, so we go steadily forward. This is part of my father's advice. It's been very tough for the last couple of years. But, we have always made money ever since my father's times. We're celebrating 80 years and we're marking it with a reception and we'll put the emblem on our cards and our letterheads

What do you see as the future? Is there still further expansion to come?
Well, now life has become very difficult. In Saudi, you know, there are a lot of obstacles to expanding into the market. Frankly, we are trying but it's very difficult. We had a good operation in Qatar… We are very strong in Bahrain. We are one of the biggest landlords and we are also one of the biggest owners of shares behind the market.

We have about 70 or 80 properties, apartments and houses, all over. This side of the business was started by my father who loved real estate.

What would be your message to young Bahrainis coming to the work place?
The market is very tough now so people have to work hard. I see a lot of young people turning towards things such as restaurants and entertainment and, of course, social media, which we are not adapted to. Hard work never hurts and actually coming to work, but a lot of young people think they can do things on email. I think it's very important that your staff see you coming in early, working hard and then they work hard. If they don't see you, they start relaxing. Absolutely you must lead by example.

You recently received the Lifetime Achievement Award at the Crown Prince's Awards for Entrepreneurship. How did that feel?
I feel it’s recognition of my role in Bahrain’s economy and I'd like to thank His Highness the Crown Prince for choosing me for the award. It was a great achievement and a great honour for me and it was very pleasing to receive.