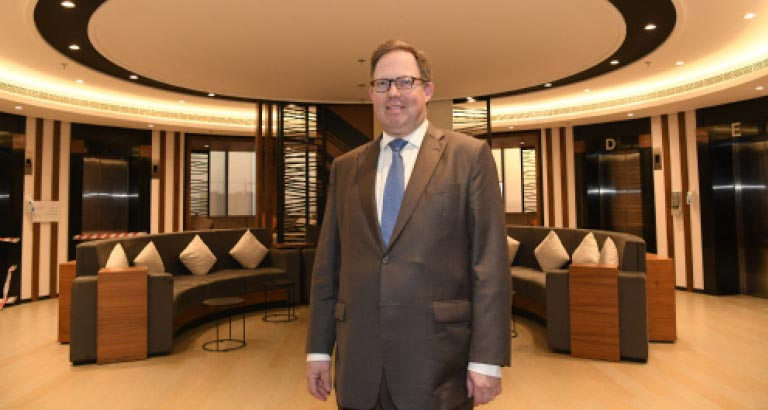 As the world continues to be plunged into economic and social difficulties due to the COVID-19 pandemic, Bahrain has won international praise for its response to the crisis. Kristian Harrison spoke to Dr. Jarmo T. Kotilaine, the Chief of Planning and Monitoring of Tamkeen, fresh after launching his latest book: Trials of Resilience: How COVID-19 is driving economic change in the Arab Gulf.

Congratulations on releasing your new book! What gave you the inspiration to write it, and why did you decide to focus on the effects of COVID-19?
I had already been thinking about the broader issues around economic development and change, and of course the conversation across the region has increasingly shifted toward the realisation that the future of energy markets will not look like the past. With strategies such as Saudi Vision 2030 and the growing interest in economic diversification, this is more apparent than ever.

Then, COVID-19 hit and the earlier agenda was no longer quite as timely, but it offered a new perspective to think about these issues. A colleague of mine suggested that I delve into how COVID-19 would affect the region and so I decided to write about it as I had a lot of the material ready, mainly concerned with how the virus is a stress test and a catalyst for change.

Can you explain what exactly this ‘change’ entails?
If there was any doubt that the region would have to change its economic strategy and people wanted proof that we now live in an uncertain world and we need to build a resilient, diverse and productive economic base, this is it.

The way forward has actually been understood for some time, but until now the broader buy-in for these changes has been coming somewhat gradually. The pandemic has brought this sense of urgency home to ordinary people and highlighted the importance of change.

COVID-19 is obviously bad for everybody with plenty of disruption and human suffering. However, in the context of the Gulf, it has been strengthening the sense of purpose around changes that had been spoken about for years. In a way, this growing determination is a silver lining to the whole crisis.

How do you think the economic focus has shifted in the past year?
One of the important aspects is that it has underscored the importance of nimbleness after decades of growth that relied on an evolving combination of oil revenues, government spending, and infrastructure investments. Businesses had easy access to low-cost labour and various subsidies, while many sectors saw brisk growth in demand and prices. Now in this new world, things are less predictable and COVID-19 has underscored the importance of thinking ahead. Alas, it is unlikely to be the last shock to the global economy in the 21st century so people need to think about a Plan B.

The tendency to assume that the future is always like the past needs to change because productivity comes from looking at alternatives and new ways to manage costs and increase revenues. For economic growth to accelerate, we need to think beyond past practices and focus on productivity. The global experience shows that this is good news for living standards. By contrast, if growth is achieved purely from additional inputs – labour and capital – the impact is less clear. It stands to reason if you bring in more people, you are pushing up the numerator and the denominator at the same time.

What effects has the COVID-19 pandemic had on the Gulf region, especially compared to the Western world?
The effects on the Gulf region have in some ways been more profound than the Western world because the shift in the corporate environment has been startling compared to, say, Europe, where businesses are used to being on their toes because of economic cycles, tough competition, evolving regulations, new government taxes and trade unions, which are things which force you to keep thinking ahead.

One of the areas in which Gulf countries have been channelling revenues into is tourism, which is changing in a way that is unprecedented. The product offering and touristic experience will likely keep evolving and call for new thinking in terms of making capital investments such as resorts, hotels and making them fit for purpose.

Recent years have seen huge investments in sectors such as retail. It seems quite clear that e-commerce has been a lifeline for retail companies during this crisis and fundamentally reshaped people’s attitudes because it has offered people a much more convenient way of getting the goods that they want.

This does, however, raise questions about how we enable shopping malls and other physical retail facilities to adapt and compete, and how we enable local businesses to benefit from the rise of e-commerce.

How do you feel that the workplace environment has changed since the pandemic hit?
The nature of the workplace is changing, with the whole “9-5 model” of coming to the office, doing your work and going home being challenged. Instead, we’ve arrived at a situation where people have worked from home and life has gone on. Many people are working in a way which is much more flexible in terms of hours and availability.

If remote work becomes the new norm, which I think it will, what happens to all these offices around? More by default than by design, companies have been forced to invest in digitisation, especially in the service sector with more money invested in technology than in low-cost labour which is great for productivity and also means there is now an alternative to reliance on it.

What changes do you expect in the labour market, especially with regards to women?
If the labour market becomes more flexible, local talent will be able to offer a better value proposition than the traditional reliance on low-cost labour. Look at female participation for example; women are typically better educated than men in the region but are less likely to join certain sectors in the market for a number of cultural reasons.

If we can move to a world where it’s possible for women to become economically active without having to leave home, then a lot of the traditional restrictions ease away because if they can work in a flexible manner, they no longer have the binary choice between their career and their family.

If we move towards this model where we have more people who are working as independent professionals, many companies can reduce the pressure on in-house resources which are not always cost-effective, especially for smaller businesses. 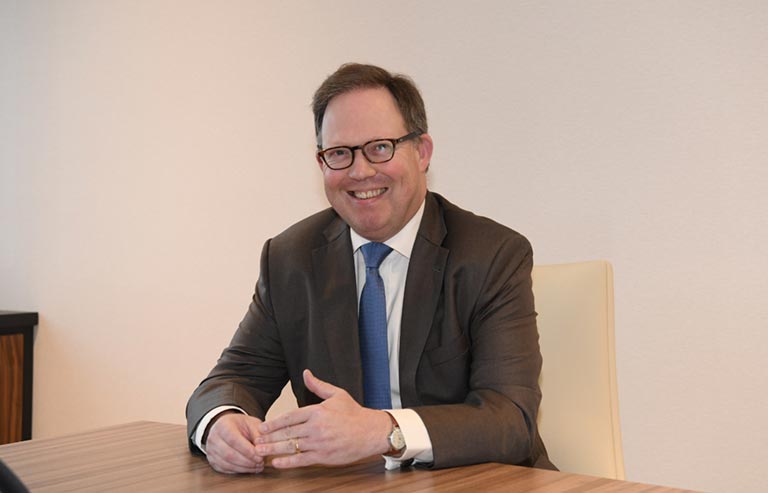 Finally, how do you feel Bahrain has handled the COVID-19 situation so far, and how does this bode for the future?
I think Bahrain has handled this well and in a way that deserves international recognition. You can see there was a realistic plan and the response in the Gulf has been especially effective by being pragmatic thanks to the readiness to learn to live with this threat rather than shutting down and waiting for it to go away.

In places such as Europe, firstly it didn’t go away and then you had everyone playing catch up when restrictions were lifted. Here, lockdowns were short and even more importantly, Bahrain built up huge testing capacity quickly with some of the highest testing rates in the world.

This gave Bahrain information about where the virus was spreading and where outbreaks were so they could be contained quickly. The knock-on effect of this was that economic activity could normalise to a very high degree. Obviously ensuring proper compliance with the rules still remains important. But overall, I believe this pragmatic approach has been the right one and now that the Kingdom is moving to scale up on vaccinations quickly, it will create confidence and further facilitate the process of normalising economic activity.