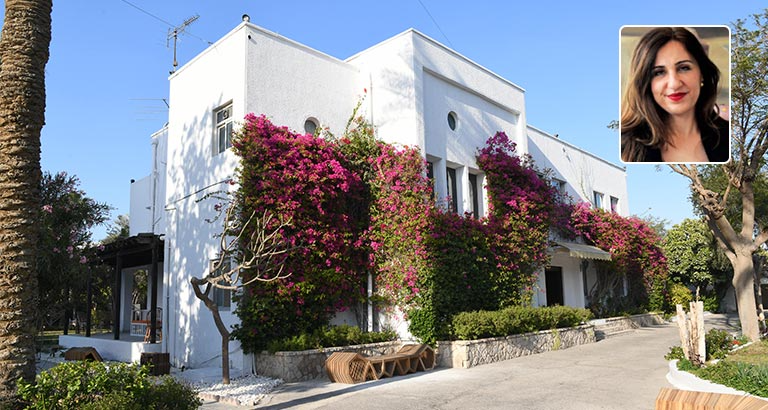 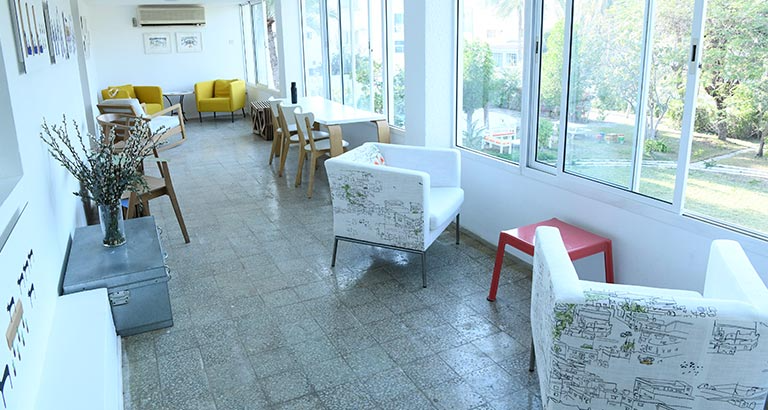 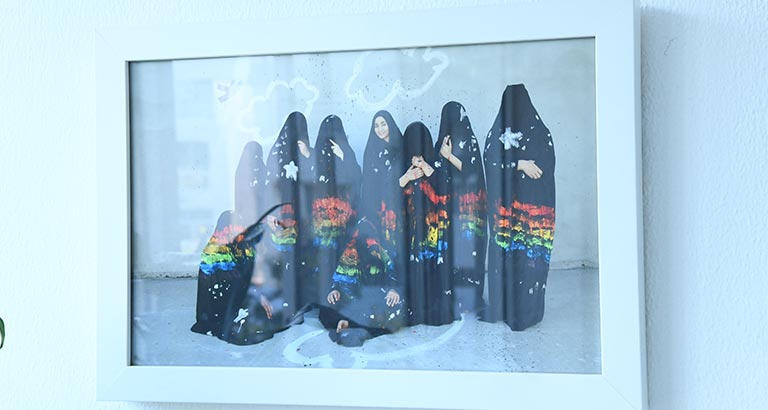 Al Riwaq Art Space made quite the comeback this month, much to the delight of art and culture enthusiasts in Bahrain. Founder and Director of Al Riwaq, Bayan Kanoo, speaks to Farah Baig about her love for art, the art space’s triumphant return and the need to foster culture in communities.

Long before Adliya came to be known as a gastronomical hub in the Kingdom of Bahrain, it was a haven for creatives. A stroll around the bustling Block 338 would be a treat for the eyes with vibrant street art, soaring sculptures, eclectic markets and live bands too. What lay at the heart of this creative movement, though, was the ever-so-magnetic Al Riwaq Art Space.

Founded in 1998 by Bayan Kanoo, Al Riwaq epitomised the word ‘creative’. The non-profit art space organised countless exhibitions, workshops, events and more to nurture the Kingdom’s art scene. So, it was much to the dismay of artists and the wider community, 20 years later, when Al Riwaq closed its doors. That being said, Ms. Kanoo’s drive and mission to foster the Kingdom’s art movement saw Al Riwaq open in a new space at the ‘Bank House’ in Gufool last month.

Founding Al Riwaq
As we basked in the tranquility of Al Riwaq’s garden, she reminisced about her first experience delving into art. “I’m Bahraini and feel Bahraini at my very heart and soul, but I’m originally from Iraq,” says Ms. Kanoo. “Growing up in Iraq, we all lived in a very creative, artistic atmosphere. We would attend concerts, music theatres and exhibitions frequently. In fact, my high school was next to a gallery so we would often spend our breaks there.”

“And then, my wedding gift was a painting actually. So, art and creativity has always been an important part of our lives,” she adds.

Having moved to the Kingdom of Bahrain in 1985 to finish her higher education, she soon took notice of the artistic nature of the island. “I felt the creative vibe of the country – people were inspired and interested but didn’t take the initiative to create a permanent art space. So in 1998, with my passion for all things creative, I started this gallery not knowing then that it would evolve into this,” she says.

Art – A Form of Expression
The need to establish a permanent fixture in the Kingdom’s growing art scene coincided with Ms. Kanoo’s belief that art is an indispensable tool for expression. “Art allows you to divert any feelings of anxiety while exploring your passion in a constructive way. It can be moving, thought-provoking and inspiring through its diverse forms of creativity,” she says.

Creative expression has long been known to foster an environment for open dialogue and conversation. “Being from another, more expressive society, I found people here to be more conservative. So, I naturally pushed for more dialogues and discussions, and even invited schools to look at the art and express themselves,” she says, highlighting her belief that art encourages expression among the youth and between generations.

It was this ideal that led Ms. Kanoo to take a special interest in engaging more youth in the art movement. “I want to engage more people in various forms of creativity, enabling them to pass on a message in a way that others will understand without having to feel any form of fear, aggression or hurt; it’s a simple way of passing on the sentiment and accepting it too,” she says.

Evolving Over Time
Al Riwaq is known for introducing and exploring new mediums of art in Bahrain and was notably the first gallery to have a video art installation. “I made it a point to travel and attend symposiums and shows in other countries and take things to another level here,” she says. “I took the responsibility of making it a non-profit concept where we could understand the issues and joy that we have in a modern way, with technology at times, but still maintaining a local identity and representing the person.”

Over the years Al Riwaq has had several residencies and workshops to further inspire creatives. “Travelling and seeing what’s happening around the world makes you want to bring it here and reflect. The important thing, though, is that you cannot do everything exactly the same way – you need to adapt things to fit our society and community,” she says.

In keeping with the times, the space in Adliya was consistently evolving and expanding, but that came to a halt in 2018. “We supported creativity and had a big platform. Our mission changed from having ready, pioneering artists to nurturing young artists too and evolving. Things started to become about the numbers, but I wasn’t ready to compromise the mission and vision so we had to leave the place,” she states.

Making a Comeback
“At the time, I accepted the challenge and thought that 20 years was good enough to really feel the impact of the space. What made me come back was the demand of the people, their reactions, the impact we had and the void we all had. I felt responsible… and so I felt my mission wasn’t accomplished.”

As part of her search for a new location for Al Riwaq, Ms. Bayan initially set her sight on Manama.  “Even though the plan to re-establish Al Riwaq in Manama was met with challenges, having the exhibition ready to go reignited the fire in me. So, we were lucky to get the support from Standard Chartered to use this historic house and allow the creativity to continue,” she says.

The sprawling new space in the quaint neighbourhood of Gufool features an expansive garden area and café aside from the gallery space within the house. Workshops, an art library, ‘art kitchen’, lounge area and stunning terrace provide the perfect environment for creativity to flow. “Everybody has a history with Gufool – it’s nostalgic. Actually, this house too has its own energy and represents a fairly modern history of Bahrain. I believe it can be the new glory of Bahrain and revive Gufool since everybody feels so connected to it,” she says. “Al Riwaq is in a new space with its old spirit.”

Nurturing Creatives
In addition to the exciting new space, Al Riwaq’s young team is bringing inspiration to the space. “We have a filmmaker, creative entrepreneur, an architect, musicians and a team member who is teaching too. So, it’s very much a hub for creativity, with unique and conceptual ideas - an opportunity to grow,” she says.

As part of their efforts to support the creative community, Al Riwaq intends to open a concept store which will allow them to sell their merchandise. “This is a place for people who think out of the box; we just need to allow ourselves to dream, think and implement. Nothing will come on a silver platter. You have to create, craft and make it,” she says, encouraging artists of every medium to reach out to the team.

“Anybody who has any idea is more than welcome to touch base with us. We can work with them to adapt and allow things to happen,” she adds.

Al Riwaq Art Space is currently hosting its inaugural exhibition Vision 20/20 which will be followed by an exciting exhibition as part of Spring of Culture 2022, Post Fiction: Manama, which will explore artists’ views on the capital in various ways. “I was very happy with the support of the Bahrain Authority for Culture and Antiquities (BACA) and President of BACA, Shaikha Mai bint Mohammed Al-Khalifa, who has always shown her unwavering support to enrich culture and creativity in the community,” she says.

“I appreciate everyone who has shown their appreciation and the words of Shaikha Mai. It’s a kind of tap on the shoulder as if to say, ‘You are not alone. We are all here,’ and I’m hoping we all work together because this is all for the community at the end of the day,” she concludes.

To keep up with Al Riwaq, their events and workshops, visit www.alriwaqartspace.com or follow @alriwaq on Instagram.