Miami Events - Back to the Best 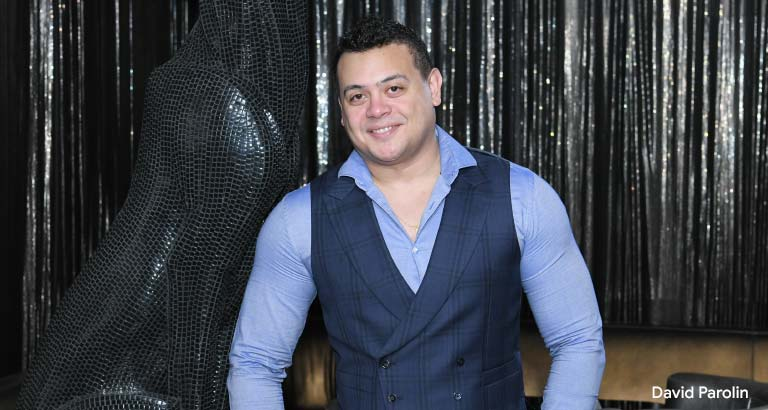 With a seasoned industry professional in charge, Klub 360 is on track to revisit the glory days when it was recognised as one of the world’s finest nightlife venues.

Since its opening in 2012, the club has attracted a loyal clientele who enjoy the plush surroundings, international guest DJs and cosmopolitan vibe.

However, with the advent of ever greater competition, it became clear this long-time favourite would need to up its game and 2018 saw the venue enjoy a facelift, substantial upgrades in its sound and lighting and staff training upgrades.

Now, to complete the package, industry veteran David Parolin plans to take the venue to a new level.

The Brazilian national studied hotel management in Australia and has worked there as well as New Zealand and Dublin. He ran Buddha Bar in Dubai and was on the opening team for the city’s Toro Toro.

Previously in Bahrain in 2014, he spent two years at one of the island’s biggest clubs and has now been at Klub 360 since mid-2019.

He says: “I like moving around but Bahrain is the place that keeps bringing me back – it’s very easy to get things done here.”

And, of his move from a planned career in hotel management to the club scene, he explains: “Once I had finished my studies, like everybody, I dreamed of being a GM. I reached the level of F&B director but I realised that a desk job in an office wasn’t going to make me happy. I love nightlife and dealing with people, that’s what makes me happy. People comment that I’m always smiling and it’s true, I really enjoy what I do.”

His future plans for Klub 360 include sourcing high-quality entertainment as well as coming up with new ideas to keep the guests coming back for more. “Our next big event will be Valentine’s and I’m currently looking at choosing the artists. We plan to bring in big-name DJs and singers – we had a lineup of four well-known DJs for New Year’s Eve. I really want to put us back on the nightlife map.

“It was a previously a member of the World’s Finest Clubs and my aim is to get back there. In my view, Klub 360 is the only proper night club in. There are plenty of other venues but there you find bands and pool tables and the like; that’s not really a night club. We have a great venue and professional staff, so the future is looking really good.

“We’ve made improvement and have started to attract a different crowd, alongside the regulars, and we’re looking at smaller events and theme parties – keeping the schedule busy and keeping people entertained. People are tired of finding the same old things when they go out, so, we want to change it up a bit, focus on the entertainment and bring in more international acts.”

The club Currently has a range of DJs playing different styles of music each night of the week from Epic and Shortman playing R&B to Essie’s reggaeton sounds and plenty of house. And, calling all the female clubbers – it’s ladies’ night, all night, every night!