The Epitome Of Determination 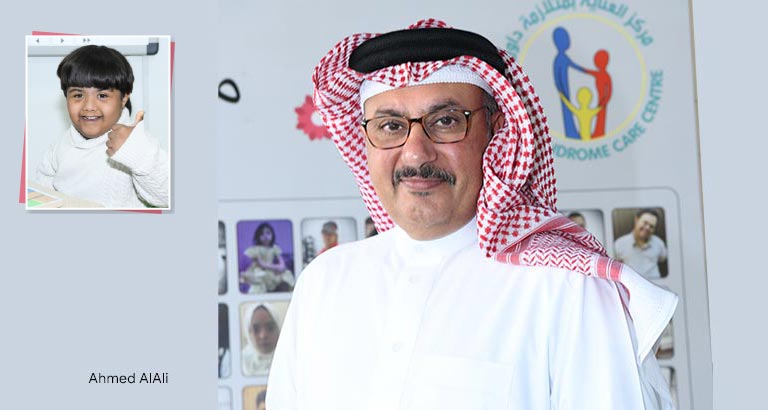 The Bahrain Down Syndrome Society has played an active role in nurturing the innate abilities of those in its care since its establishment. Founder, board member and society treasurer, Ahmed AlAli, tells Farah Baig about the society’s initiatives and achievements, and the changing mindset of society.

A Saturday morning at the Bahraini Farmer’s Market can be quite refreshing for anyone living in the Kingdom of Bahrain. A recent visit, however, allowed for an even more pleasant experience as we met with two members of the Bahrain Down Syndrome Society. The jovial young adults were volunteering at The Salad Bar, interacting with customers with ease. Founder, board member and treasurer at the Bahrain Down Syndrome Society, Ahmed AlAli, explains that their presence at the market is a collaborative effort to integrate the young adults into society.

Since 1998, the Bahrain Down Syndrome Society has been working tirelessly to integrate, encourage and equip those in the society’s care with all that they need. “At the time that I founded the society along with a group of parents, most people were hesitant to bring their children in due to social and cultural views. So, the growth of the society was slow at first, as we started to introduce different elements of our initiatives,” says Mr. AlAli.

As the years passed and awareness of the society’s activities grew, so did the number of children and young adults in the society’s care. “Through the coverage of the media, parents became more aware of the services they could make use of and felt encouraged. At the time of our establishment, we had 60 to 70 children, but today we have 700 children with Down Syndrome receiving our services,” he states.

The society provides children with several services to enable them to thrive in society. “The main services we started were speech therapy, abilities development, sensational development and rehabilitation,” says Mr. AlAli.

One of the most significant initiatives that the society has recently implemented involves finding the young adults employment. “In 2018, we collaborated with a few businesses that went on to recruit 19 people with Down Syndrome. We are currently training more students in batches so they may be employed this year and in 2023 too,” he states.
At the start of the work placement programme, the society was concerned that businesses would be hesitant to hire their students. Hence, they implemented a very unique programme to equip them with all the skills that they might need. “We had great success with the initial 19 students that are a part of this programme since we provided them with shadow staff who would supervise them from a distance in the initial stages of their employment,” he explains.

“In order to further ease them into their work environment and give them the confidence they need for their job role, we created replicas of their work stations at the society,” he adds. 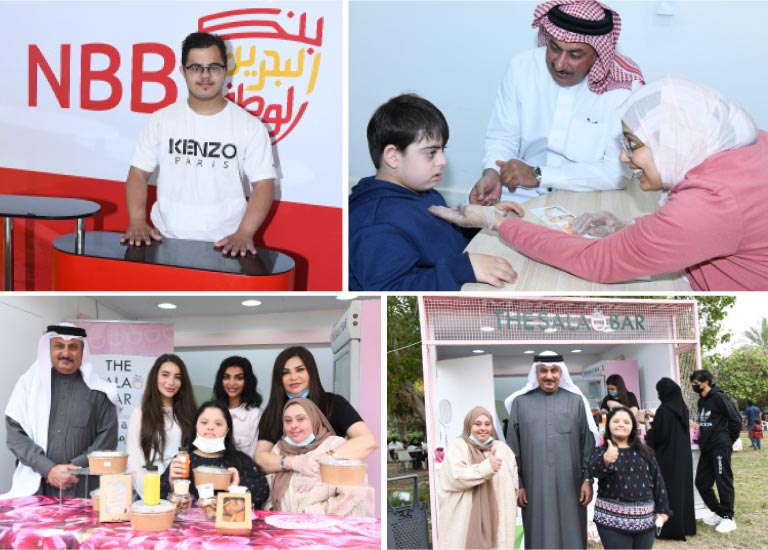 The society has collaborated with a variety of businesses including retail and food outlets aside from banking service providers. Hence the society has replicas of cash counters, clothing racks, supermarket shelves and promotional stands complete with products and branding to familiarise the students with what could potentially be their work environment. “We then train them to interact with people, serve at those counters, stock shelves and more. So, before they’re put in the real-life situation, they’re already quite familiar with their surroundings and won’t be overwhelmed,” says Mr. AlAli.

Collaborations with businesses such as The Salad Bar has allowed the society to further integrate the students into society. “It definitely helps to have an opportunity to have them in a public setting, integrate them and allow them to be like their peers. This is the main thing – integration,” he says, adding that society’s understanding and acceptance of people with Down Syndrome has grown too.

The society has several foresighted programmes that they wish to implement in the near future. “Whenever we receive funds, we implement programmes that we’ve had in the pipeline to further help the children and young adults,” he says.

Highlighting the society’s services through media coverage and other means has allowed them to reach out to more children over time. “Educating the parents regarding their special needs at the time that we started was much harder. Now, we find that they are more involved… to the extent of making suggestions for programmes too. Previously there was sense of ignorance; the parents would in fact ignore their children, but now we see them paying attention to their needs, educating them and being more proactive. There is definitely a change in mindset,” he elaborates.

The society aims to implement a series of programmes including a highly comprehensive curriculum for people with Down Syndrome. “It is the funding we receive that has enabled us to run the society smoothly since its establishment. We have great plans in the future and we need continued financial support to keep growing our range of programmes and further empower the children. So, that’s the next step,” he concludes.