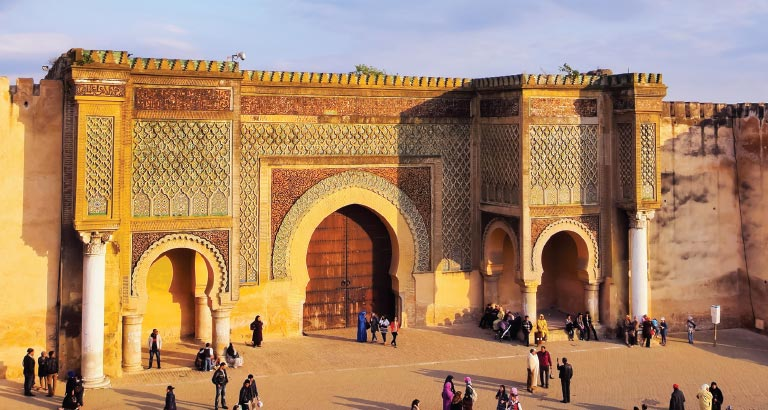 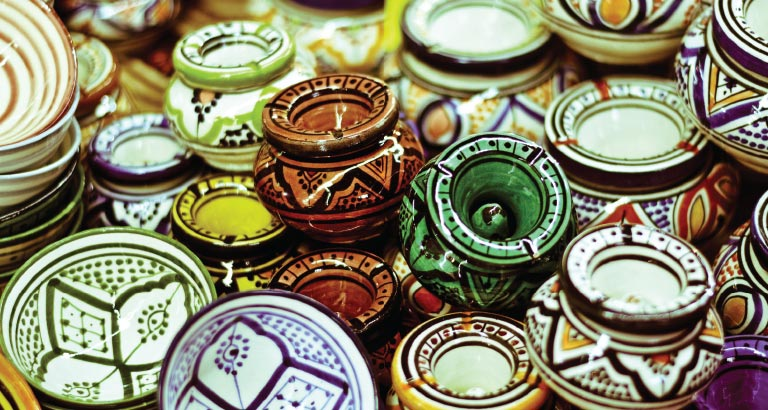 From 1672, Meknes was the capital city of Morocco. Today, it is one of Morocco’s four imperial cities – a memory of the Holy Roman Empire’s rule, but now undergoing a soon-to-finish restoration. It should definitely be on your travel radar.

The Imperial City district contains Meknes’ most notable ruins, most of which date back to when it was Morocco’s capital under the reign of Sultan Moulay Ismail. Meknes’ oldest ambassador building, Koubat al Khayatine, is open to the public in this district, so you can roam the corridors where the sultan, famous for his cruel tyranny and having beheaded a slave in a fit of rage, once received foreign ambassadors.

Pay attention to general travel etiquette and be aware that before entering his mausoleum, you’ll be requested to remove your shoes and be dressed modestly. It’s worth it to witness the truly breathtaking interiors including the sultan’s tomb. 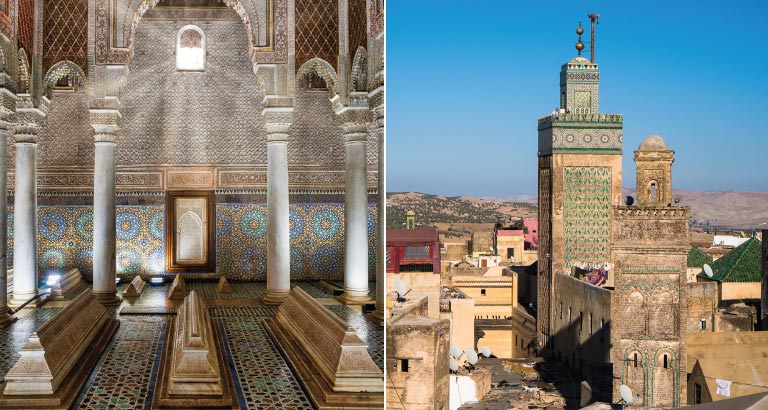 The old town of Meknes, Medina, is home to the Grand Mosque situated in its very centre, as well as Souk Nejarine and Souk Sebbat, both prime stops for those interested in traditional Moroccan crafts, textile stalls and the country’s famous Berber-style slippers, at a bargain price. If Morocco is known for anything, it’s an abundance of marketplaces. Simply remember some important tips, such as politely turning down anyone who offers to ‘guide’ you through the medina. 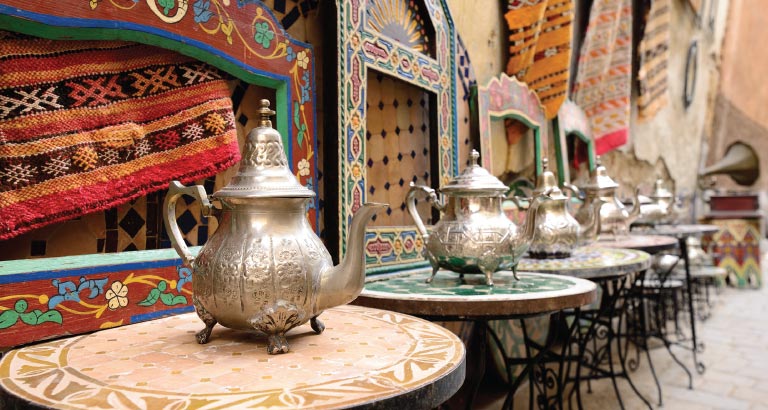 Between the Imperial City district and Medina is Bab Al-Mansour, and this is where you’ll want your camera in hand. The immense structure displays intricate detail and rich carving work. Historians believe the Bab Al-Mansour to be North Africa’s oldest surviving gateway – it was finished in 1732, at the end of the reign of Sultan Moulay Ismail.

Outside of Meknes is Volubilis, which holds many ancient Roman ruins. So, if circumstances permit, you can always take a short trip to see the columns, mosaics and Roman villas that survive of the original temple compound. The city of Fez is also nearby. 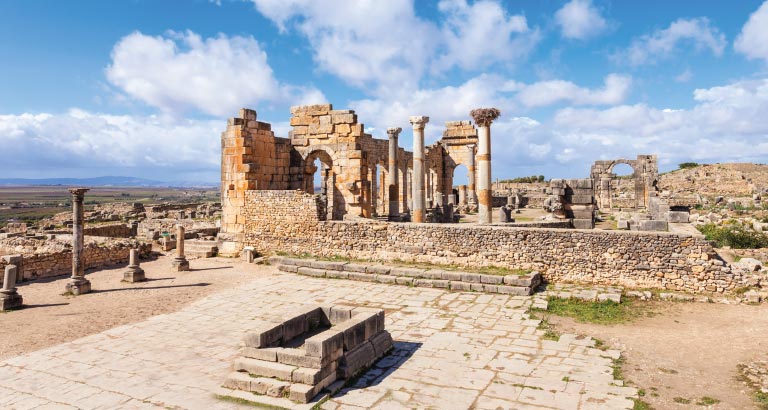 For museum buffs, the Museum of Moroccan Art (Dar Jamai), with its Andalusian-style garden, is devoted to the country’s traditional arts and crafts such as rugs, tile work and silver pieces. The palace also has some replications of Moroccan reception rooms from the late 19th century which show the sumptuous lifestyles of upper-class Morocco from that time.