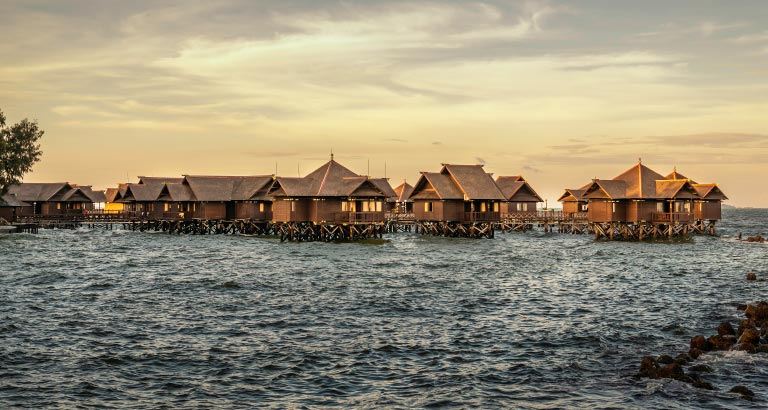 A little trip away is always welcome, so BTM was delighted at an invite to sample the joys of buzzing Jakarta and beautiful Bali.

This Southeast Asian archipelago is made up of thousands of volcanic islands which are home to hundreds of different ethnic groups. It’s known for beaches, volcanoes, Komodo dragons and jungles sheltering elephants, orangutans and tigers.
We missed out on most of the wildlife this time around but we did get to check out some other highly-recommended spots.

JAKARTA
National Monument
The National Monument is a 132m tower in the centre of Merdeka Square, Central Jakarta, symbolising the fight for Indonesia. Construction began in 1961 under the direction of President Sukarno and it was built to commemorate the struggle for Indonesian independence. The monument is obelisk shaped and is topped with a 14.5m bronze flame coated with 32kg gold leaf.

Also known as Monas or Monumen Nasional, it houses the first red-and-white flag flown at the Proclamation of Independence on August 17, 1945. However, this original flag has now become threadbare, so nowadays for Independence Day ceremonies, it is taken out but only to accompany the replica flag to be flown in front of the Merdeka Palace.

Istiqlal Mosque
Istiqlal Mosque is the largest mosque in Southeast Asia and the third largest Sunni mosque in terms of capacity. The country’s national mosque, it too was built to commemorate Indonesian independence and named Istiqlal, an Arabic word for independence. 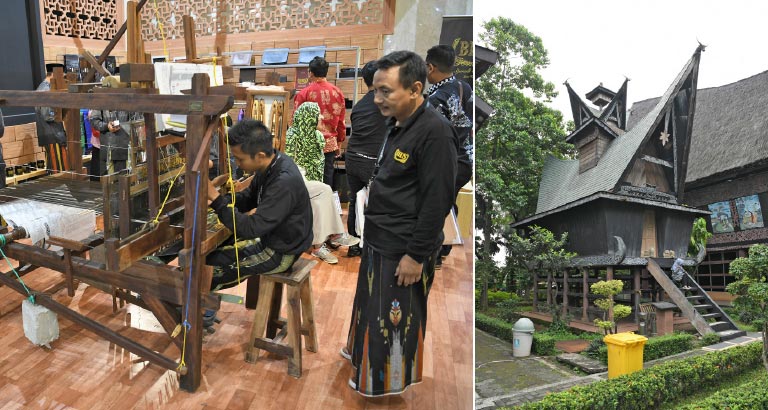 Jakarta History Museum
The Jakarta History Museum, also known as Fatahillah Museum or Batavia Museum, is located in the Old Town in a building constructed in 1710 as the Stadhuis, or City Hall, of Batavia. From 1945-1961 it was used as the governor’s office but these days it houses a collection of objects from the prehistory period of the city region, the founding of Jayakarta (Jakarta’s old name)  in 1527, and the Dutch colonisation period from the 16th century until Indonesia’s Independence in 1945.

Dunia Fantasi (DUFAN)
This fantasy world, better known as DUFAN, was inaugurated on August 29, 1985. It’s an entertainment venue, located in Ancol, comprised of several international-themed sections, including Indonesia, Asia, Africa, America, Europe, and Fantasi Hikayat (Legendary Fantasy) region featuring Ancient Greece and Ancient Egypt. Each has its own unique setting with plenty of funfair rides and the chance to take in the surrounding Ancol beach scenery and wildlife. 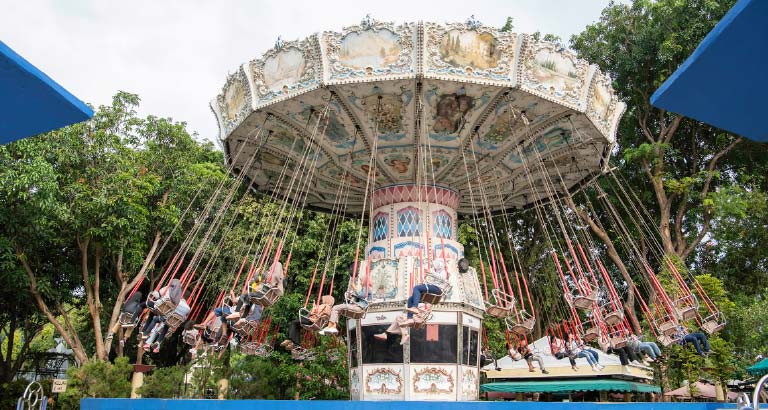 Jakarta International Handicraft Trade Fair
Better known as INACRAFT, this fair had been held annually since 1999, bringing craftspeople and artisans from across the archipelago to present their finest artworks. As well as a great place for a mooch around, it’s also popular with national and international traders.

Taman Mini Indonesia Indah (TMMI)
“Beautiful Indonesia Miniature Park” (literally translated) is a culture-based recreational area located in East Jakarta. It has an area of about 250 acres. There are recreations of various aspects of daily life in Indonesia’s 26 (in 1975) provinces housed in separate themed pavilions.

Displays include, clothing, dances and historical traditions, all depicted impeccably. Apart from that, there is a lake with a miniature of the archipelago in the middle of it, cable cars, museums, Keong Emas Imax cinema, a theatre and other recreational facilities.

Ayer Island Resort & Cottages
Ayer Island is situated a mere 14 km off the shore of Ancol’s Marina Bay. It is known as the Pearl of The Thousand Islands with a diverse collection of flora, including various hundred-year-old trees. With vast swathes of coconut trees, white sand beaches and a cluster of floating cottages, it’s a tropical paradise with significant historical value.

BALI
Penglipuran
Penglipuran Village is one of the traditional villages that are located in the Bangli Regency in Bali. The village is famous because its inhabitants have managed to preserve their traditional culture in their daily lives. The architecture of buildings and land working still follows the concept of Tri Hita Karana, the philosophy of Balinese society regarding the balance of relations between God, humans and their environment.

Sacred Monkey Forest Sanctuary
Mandala Suci Wenara Wana, better known as Monkey Forest Ubud, is a sanctuary or natural habitat of the Balinese long tailed monkey, macaca fascicularis. They are cheeky chappies, who will cheerfully steal your food if you don’t keep a close eye on them. And, importantly for Bali, where animal tourism does not always have the best welfare reputation, this is a chance to get up-close and personal in a truly wild setting with no tricks, rides or anything else to concern the ethical traveller.

Pura Tirta Empul
Tirta Empul temple is a Hindu Balinese water temple located near the town of Tampaksiring. The temple compound includes a petirtaan or bathing structure, famous for its holy spring water, where Balinese Hindus go to for ritual purification.

Bali Kopi Luwak Coffee
Kopi is the Indonesian word for coffee and Luwak is the local name of the Asian palm civet in Sumatra. Kopi Luwak is the coffee that has been digested by an Asian palm civet. The animal eats the coffee cherries, the cherries go through the digestive track and fermentation occurs, and then they pass through the intestines and are eventually pooped out. The coffee cherries are then picked out from poop, aka poop coffee. Please note, this industry has exploded in recent years due to the great taste of the coffee, so ensure you’re not visiting somewhere the animals are caged and force fed. 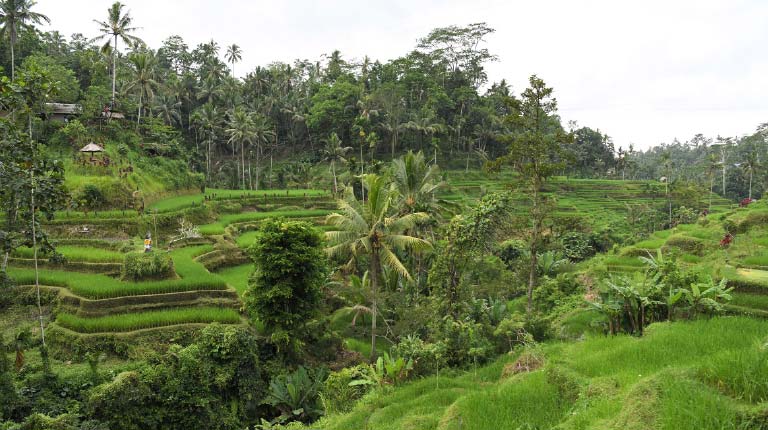 Mount Batur
Mount Batur is an active volcano located at the centre of two concentric calderas (caldron-like craters formed when volcanos collapse in on themselves) north west of Mount Agung. The southeast side of the larger caldera contains a lake which gives rise to stunning scenery and great trekking opportunities.

Rice Terraces
The best Bali rice terraces display outstanding landscapes. They’re among the must-sees for visitors to the island, and can give interesting insights into the local way of life. Rice paddies in Bali are part of the people’s heritage. The centuries-old traditional irrigation cooperative, ‘subak’, lives on. One of Bali’s top examples is Jatiluwih, which is recognised by UNESCO in its world cultural landscapes list.