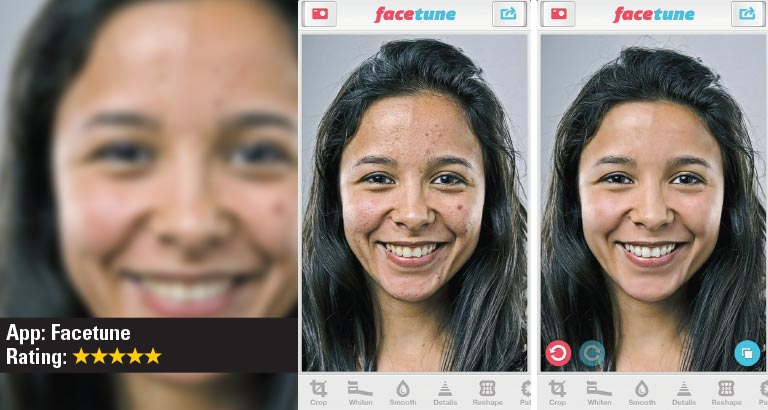 Verdict: One of the best apps to touch up your photos.

What is it?
We live in the ‘selfie era’, and research has proven that mobile phones are the source of the lion’s share of all the world’s photography, with self-portraits on a laser-targeted mission to become the most common type of photo.

As such, Facetune’s interface features a ton of options to customise your selfies. When you start, you see a mostly plain white field with buttons across the bottom for canvas, whiten (for teeth), smoothing, details, reshape, and others for a total of 11 options.

The Good
The interface is extremely user-friendly. When you choose one of the tools, a mini-tutorial page on its use shows up first, including short videos that demonstrate the tools. This means you always know exactly what you’re doing and can choose what features to enhance. There are undo and redo buttons too, which seem like obvious additions but are missing from so many similar apps. No more discarding an hour’s work because you accidentally gave yourself a receding hairline!

The Bad
The worst aspect of the app is a lack of tilt option. There is only 90-degree rotation, which is annoying if you want your angles just right. Red-eye correction is also quite fiddly and requires a delicate touch rather than just an automatic button-press. 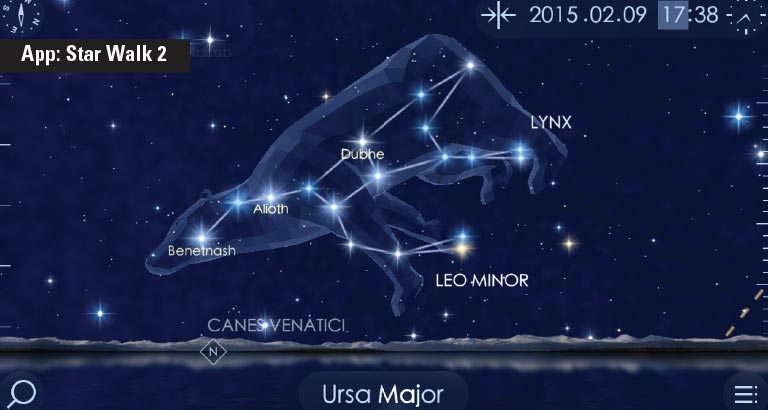 A rebooted and much-improved version of the premier astronomy app. Star Walk 2 shows a starry sky on your phone or tablet screen in whatever direction you are pointing the device. This is true for day or night; during the day, you can see the Sun and the stars and planets portrayed in a twilight-blue sky. At night, the stars are visible against a black background. To navigate, you pan your view on screen by swiping in any direction, zoom out by pinching the screen, or zoom in by stretching it. There is also a clock interface to travel thousands of years through time to see how the heavens move. 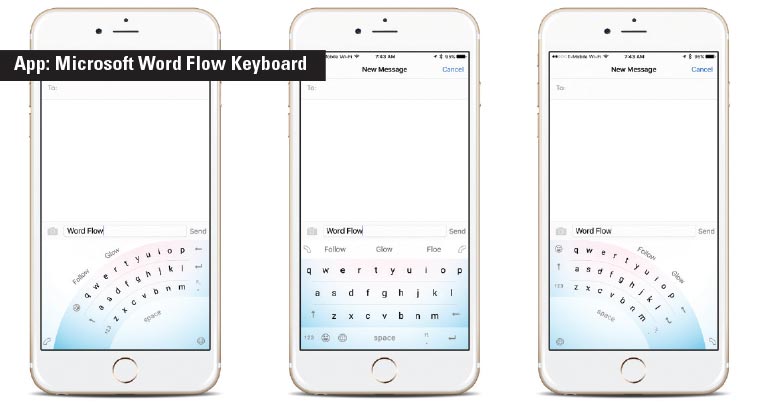 For those who have a nightmare with smartphone keyboards and wage a constant war with Autocorrect, this app is for you. The best part of the Word Flow Keyboard is that it lets you enter words with shape/gesture writing, which is continuously sliding your finger through the letters of a word, which is then predicted by the keyboard and entered. You don’t have to type spaces with this kind of entry, and World Flow shows the path of your finger swiping with a dotted green line. The idea is that your muscle memory starts to actually learn the shape of words, rather than the spelling, for super-fast text entry. It also has an arc mode for one-thumbed typing.