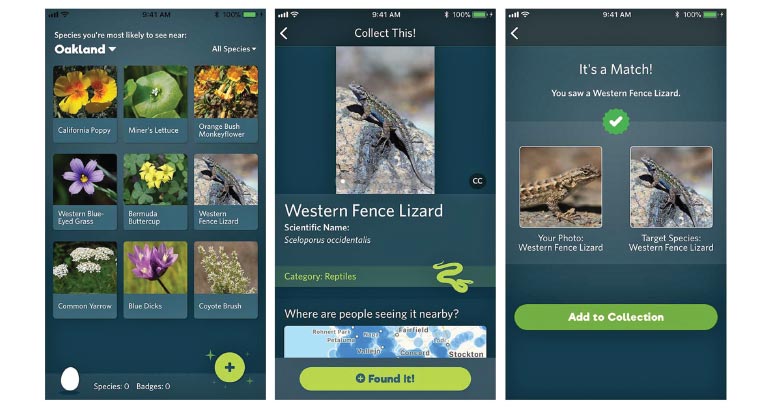 iNaturalist is an enormous online community of nature lovers that’s now part of the California Academy of Sciences. The core Seek app is one of the most popular nature apps out there because of its ability to help you identify the plants and animals around you by connecting to hundreds of thousands of scientists and naturalists.

This app challenges you to take your nature knowledge up a notch by sending you on quests to collect badges by photographing the flora and fauna you’re most likely to find in your area. This not only satisfies the addictive nature of collecting, but also improves your knowledge of nature at the same time.

The app would be much better if it let you add your own notes to your entries (including additional photos/video) and also a capability to share them. There are also frequent bugs, including graphical, loading, hangs and crashes.

The newly released .projekt app game delivers fun and entertainment in spades, or rather, cubes and Tetris-like shapes. The multi-dimensional game has you trying to recreate silhouettes displayed on the walls using an expanding combination of stackable blocks in the play area. With the addition of multiple dimensions, you have to think outside the box to discover ways to match the silhouette using different points of view.

Retrospecs is an editing app that will take you back decades by allowing you to render your new photos and videos as if they were created on vintage tech. With more than 50 different system presets ranging from the Commodore 64 and the Nintendo Gameboy, to the Atari 400 and the Apple Macintosh, Retrospecs is a one-stop shop for those of you looking for an interesting way to travel through time and relive your youth.