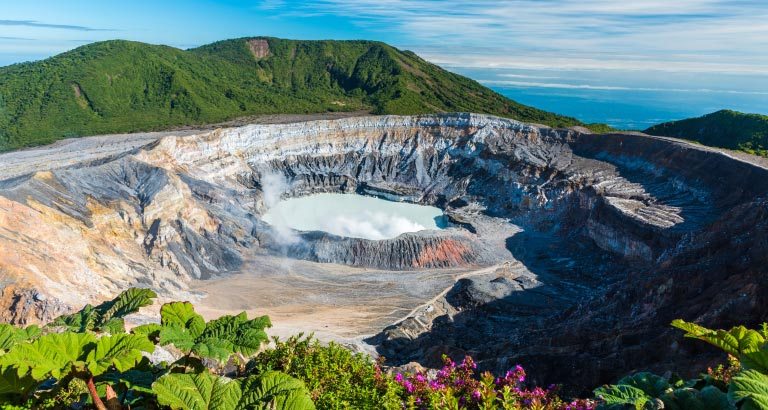 Host to a plethora of natural attractions, Costa Rica is a wonderland of volcanoes, beaches, cloud forests and wildlife. It’s a country that appeals to luxury travellers and backpackers alike. Endless stretches of beach line the Pacific Coast, with small towns that cater to surfers and sun seekers, whilst inland, the forest-covered mountains offer their own adventures. There really is something for everyone, but we’--ve scoured the island to bring you the top five places to visit.

SAN JOSÉ
Vibrant and packed with Victorian mansions, Costa Rica’s rowdy, bustling capital was built on the profits of the coffee trade and working ‘golden bean’ plantations still surround the city. Many renovated landmarks now house stylish hotels. Usually viewed as a hub, rather than a destination, nightlife is concentrated in Spanish village-inspired El Pueblo. 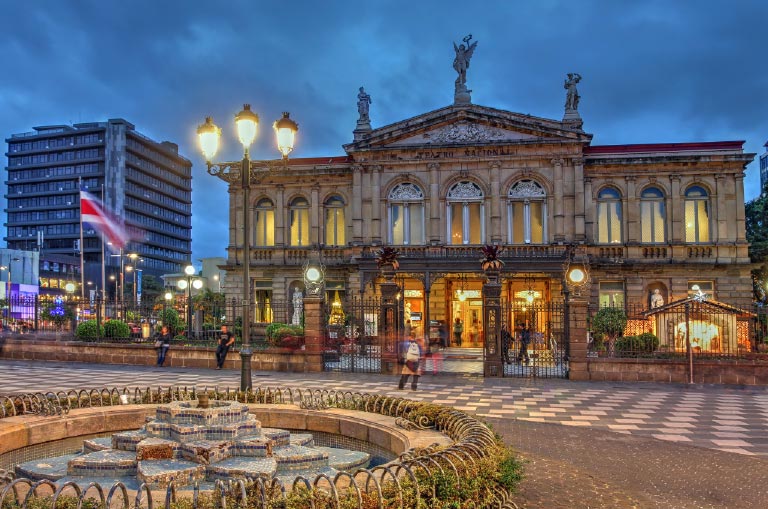 There is something for everyone within the city. The most impressive building is the 1897 National Theatre, featuring a classical Renaissance columned façade topped by statues symbolising dance, music and fame. Inside, the pink marble foyer features allegorical figures of Comedy and Tragedy, and painted murals depicting themes in Costa Rican life.

You can also try freshly roasted local beans at Mercado Central or for shinier gold, visit the Museo del Oro. This museum houses one of the largest collections of pre-Columbian gold pieces in the Americas. More than 20,000 troy ounces of gold in some 2,000 objects are found in the museum complex that also showcases coin and stamp collections as well as a display of Costa Rican art.

Tortuguero
Tortuguero (which means ‘Land of Turtles’) is the Costa Rican version of the Amazon rainforest. It dominates the northern coast, with Tortuguero National Park spanning more than 77,000 acres. This massive area is a series of rivers and canals that crisscross the jungle and is thus only accessible by boat or plane. 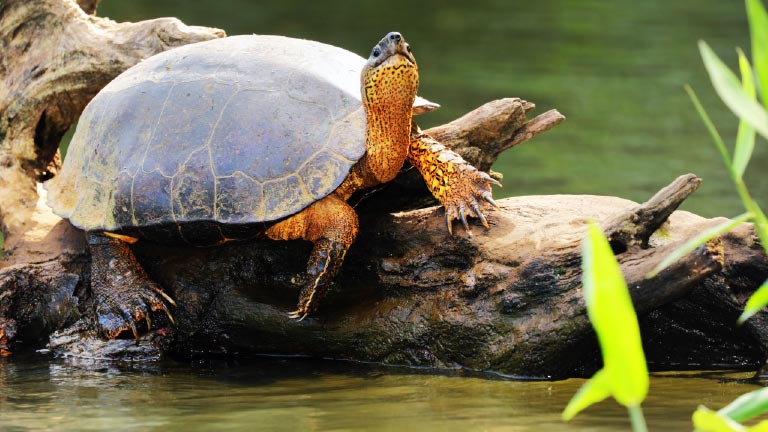 The biggest draws to this area are the large numbers of turtles (hence the name) that come to nest along the shoreline. The best time to see them nesting is in April and May, but if you’re visiting during the off-season, you’ll still be able to go hiking and participate in canal cruises.

Arenal Volcano
The Arenal Volcano National Park is found in the rugged Cordillera de Tilarán and is one of the top volcano viewing areas in the country. The main attraction in the park is the volcano itself, reaching 1,633 metres. It looks just as one might imagine a volcano; a cone-shaped mountain with huge ash columns streaming from the crater. 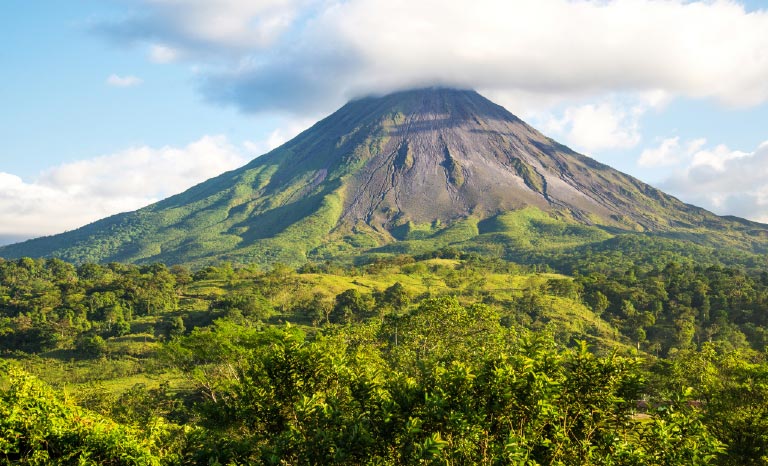 Arenal was dormant from 1500 AD until a massive eruption on July 29, 1968, which killed 82 people and destroyed two villages. Since then, it has seen regular activity and, depending on the day or week, visitors can expect to see anything from a cloud of ash to glowing red lava flowing down the mountain.

The park is also known for its wide range of biodiversity with approximately half of all Costa Rican birds, reptiles, amphibians and mammals represented somewhere within its boundaries.

Manuel Antonio
A popular beach destination on the Pacific coast, Manuel Antonio’s wide, white-sand beaches and warm blue waters aren’t the only attractions people come for. The nearby national park, which opened in 1972, sees over 150,000 visitors annually and is home to great hiking trails and a number of secluded beaches. 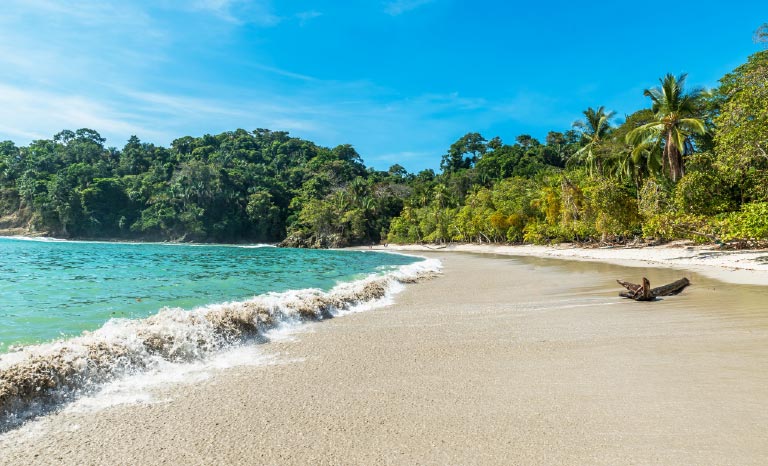 Not only that, but the area allows you to watch all manner of monkeys bounding through the forest canopy as you take leisurely hikes along palm-fringed shores lapped by tropical waves.

Monteverde Cloud Forests
The Cloud Forests near Monteverde and Santa Elena have become popular ecotourism destinations. For those itching to immerse themselves in nature and see unique plants and wildlife without venturing too far off the beaten path, this is definitely the place to come. 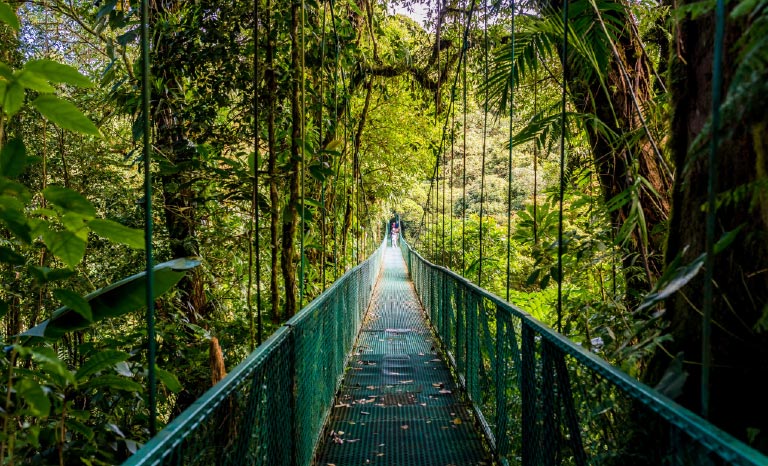 The clouds that cover these forests provide the moisture necessary to sustain the area’s unique habitats, that are only found here. Not only is this one of the world’s most diverse areas for ornithologists, the area sustains all kinds of mammals, amphibians and reptiles, from jaguars and pumas to frogs and monkeys.