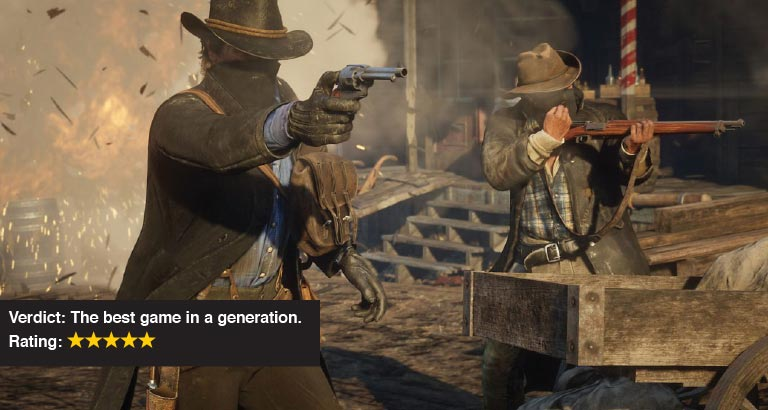 What is it?
Red Dead Redemption 2 is an epic tale of life in America’s unforgiving heartland. It’s 1899 and the end of the Wild West era has begun as lawmen hunt down the last remaining outlaw gangs. Those who will not surrender or succumb are killed. After a robbery goes badly wrong, Arthur Morgan and the Van der Linde gang are forced to flee. With federal agents and the best bounty hunters in the nation on their heels, the gang must rob, steal and fight their way across America in order to survive. As deepening internal divisions threaten to tear the gang apart, Arthur must make a choice between his own ideals and loyalty to the gang who raised him.

Gameplay
The main story missions themselves are a cocktail of high-stakes heists, deadly shootouts, desperate rescues and thrilling chases, mixed with a lengthy list of other activities. Many of those function as organic ways to teach the player about new side hustles and activities that can be undertaken, from selling stolen horses to playing poker or fishing.

It all feels great to play. It asks a lot of the finite amount of buttons on a controller, but it soon becomes second nature. Shootouts in particular are supremely cinematic, thanks to plenty of gun smoke variable animations.

Graphics
The world is broader, more beautiful, and more varied than the first game by a massive margin. There are snowy peaks and dank, alligator-infested swamps; thick forests and open plateaus; quaint homesteads and grand plantations; narrow streams and great lakes. There’s the muddy livestock town of Valentine, with its wooden buildings and rustic charm, and then there’s the imposing city of Saint Denis, a grimy and growing metropolis full of modern extravagances like electric trams, paved roads and Chinese restaurants. The vast assortment of ecosystems and environments seamlessly stitched together here is nothing short of remarkable. 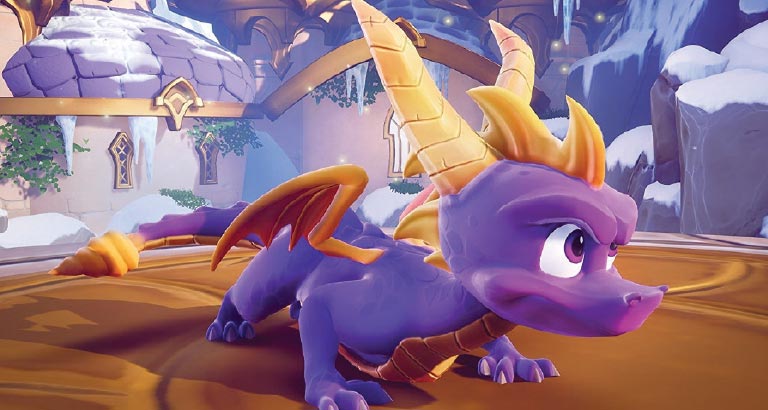 Spyro Reignited Trilogy
The Spyro Reignited Trilogy introduces players to a fully remade game collection of the three original Spyro games that started the phenomenon: Spyro the Dragon, Spyro 2: Ripto’s Rage! and Spyro: Year of the Dragon. Play as Spyro as he torches Gnasty in the Dragon Realms, singes Ripto in Avalar, and crème brûlée’s the Sorceress in The Forgotten Worlds! 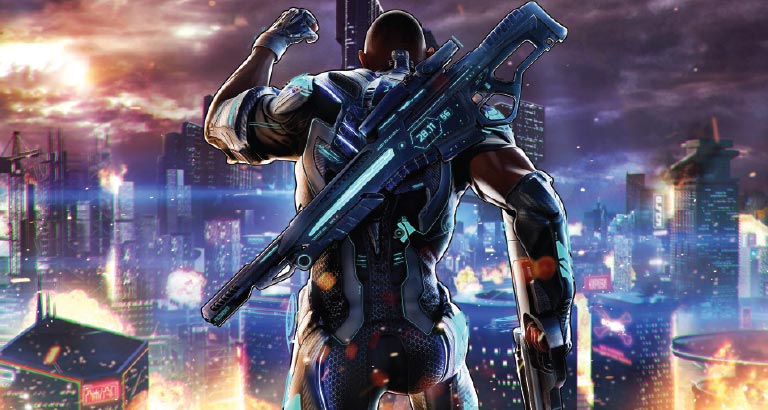 Crackdown 3
Enter Crackdown 3’s sandbox of mayhem and destruction and become a super-powered agent dedicated to justice by any means necessary. Explore the heights of a dangerous futuristic city, cut through gang-infested streets in a transforming vehicle, and wield amazing abilities to dismantle a ruthless criminal empire. The game will deliver cooperative chaos and an all-new multiplayer mode where destruction is your ultimate weapon against friends and rivals online. 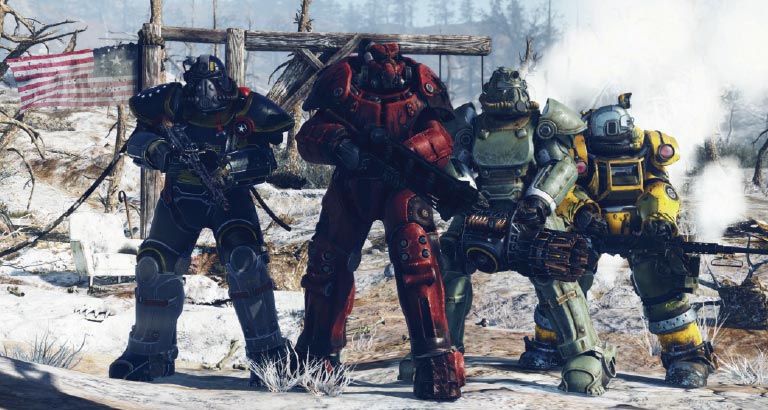 Fallout 76
Fallout 76 is the online prequel to the award-winning franchise where every surviving human is a real person. Work together, or not, to survive. Under the threat of nuclear annihilation, you’ll experience the largest, most dynamic world ever created in the legendary Fallout universe. Twenty-five years after the bombs fall, you and your fellow Vault Dwellers – chosen from the nation’s best and brightest – emerge into post-nuclear America. Play solo or join together as you explore, quest, build and triumph against the wasteland’s greatest threats.