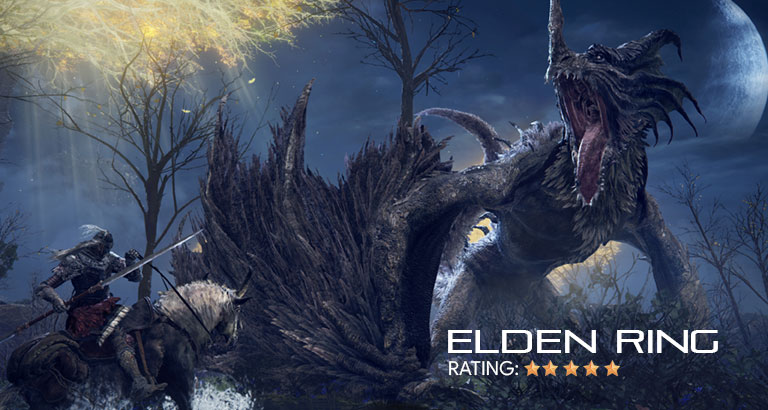 What is it?
Elden Ring is an expansive fantasy action-RPG game developed by FromSoftware, Inc. under the direction of Hidetaka Miyazaki and created in collaboration with famed ‘Game of Thrones’ author George R.R. Martin, who provided details and background for the game’s mystical and magical setting.

Gameplay
The third-person game focuses on combat and exploration; players start with a linear opening but eventually progress to freely explore the Lands Between, including its six main areas. These are interconnected through a central hub that players can access later in the game›s progression and are explorable using the character›s mount as the main mode of transport. Combat relies heavily on character-building elements such as calculated and close-ranged melee-based combat with the use of skills, magic abilities, as well as blocking and dodging mechanics.

Graphics
The thing that’s most impressive about Elden Ring is the variety in its brilliant open world design. There are gigantic castles, forts, manors, underground labyrinths and more to explore, packed with secret areas, challenging bosses, and multiple paths that are linked via one-way shortcut doors. 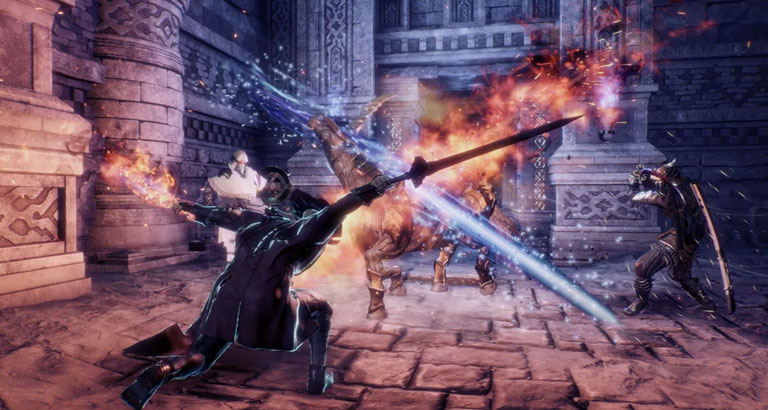 STRANGER OF PARADISE: FINAL FANTASY ORIGIN - Stranger of Paradise: Final Fantasy Origin is set in a dark fantasy interpretation of the setting for the original Final Fantasy game. The main character is Jack Garland, a man consumed by a need to destroy Chaos. Jack is accompanied by other companions, including newcomers Ash and Jed. During the journey they face a knight who has taken on the role of Chaos; while seemingly the foretold Warriors of Light, each has doubts as to whether that is their role. 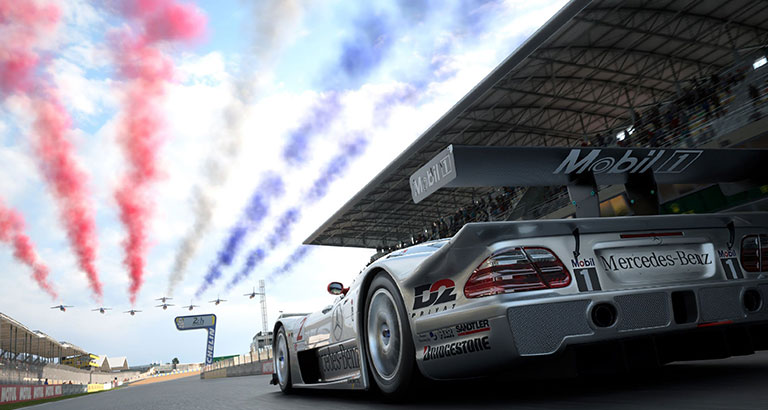 GRAN TURISMO 7 - The world’s most famous racing game series is back! Whether you’re a competitive or casual racer, collector, tuner, livery designer or photographer – find your line with a staggering collection of game modes including fan-favourites like GT Campaign, Arcade and Driving School. With over 420 cars and 90 track routes in dynamic weather conditions available, Gran Turismo 7 recreates the look and feel of classic motors and adrenaline-fuelled racing. 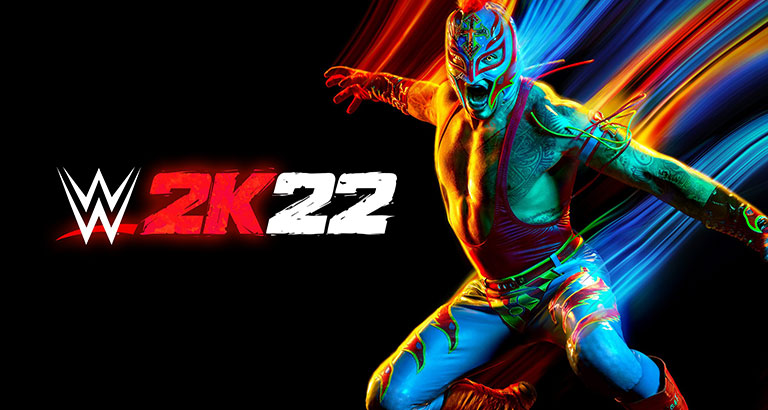 WWE 2K22 - WWE 2K returns! Throw down with the biggest and most realistic-looking WWE Superstars and Legends. Relive pivotal moments in Rey Mysterio’s iconic career in 2K Showcase. The MyRISE career mode is focused on separate stories for both male and female superstars. Using created wrestlers, players can form alliances, make enemies and branch into subplots based upon the players’ choices.