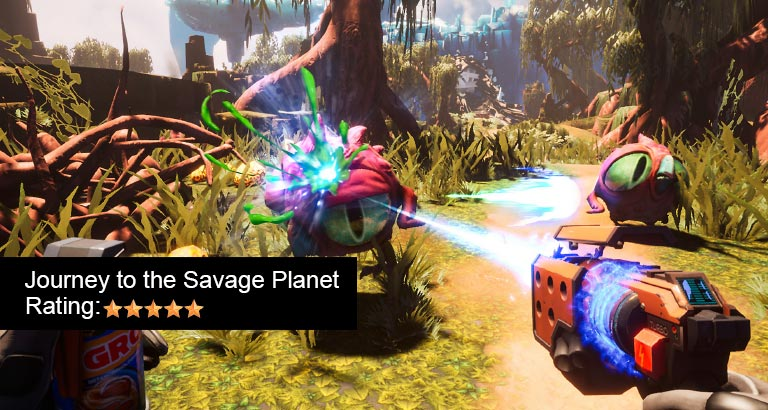 Journey to the Savage Planet
Verdict: A fun but flawed adventure.

What is it?
Journey to the Savage Planet is an upbeat first-person adventure game set in a bright and colourful alien world filled with weird and wonderful creatures. As an employee of Kindred Aerospace, which proudly touts its rating as the ‘4th Best Interstellar Exploration Company’, players are dropped onto an uncharted planet deep in a fictitious, far-away corner of the universe.

Gameplay
Launched with high hopes but little equipment and no real plan, players are tasked with cataloguing alien flora and fauna and determining if the planet is fit for human habitation. There’s combat, but Journey to the Savage Planet’s world is also used as a platform for non-guided exploration, puzzle solving, scavenger hunts and loads of toilet humour.

Graphics
The lush, explorable map is an intoxicating setup, with the game prodding you into its well-conceived, pulp sci-fi world. There are monsters that liberally spray neon gunge, giant mushrooms, inexplicably floating islands and a plethora of other weird and wonderful alien inventions. 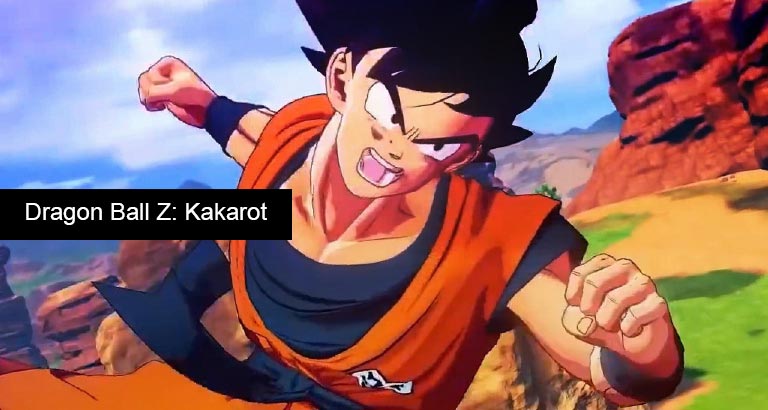 DRAGON BALL Z: KAKAROT
Discover the story of the mysterious Dragon Balls and play through iconic Dragon Ball Z battles on a scale unlike any other. Fight across vast battlefields with destructible environments and experience epic boss battles against the most iconic foes (such as Raditz, Frieza and Cell). Increase your power level through RPG mechanics and beyond the epic battles, experience life in the Dragon Ball Z world as you fight, fish, eat, and train with Goku, Gohan, Vegeta and others. 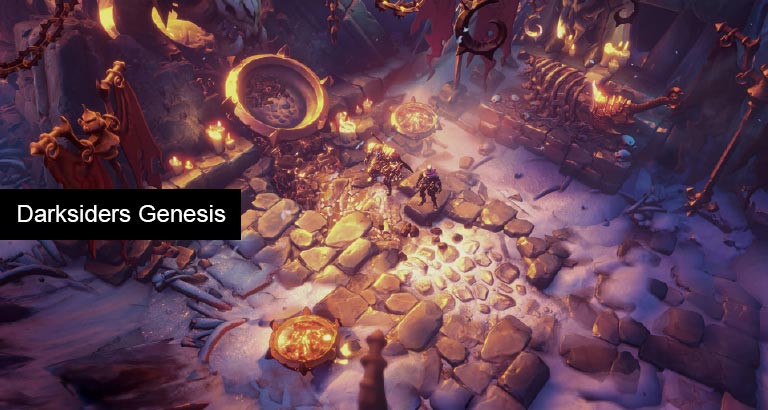 DARKSIDERS GENESIS
In Darksiders Genesis, the fourth Horseman of the Apocalypse, Strife, is called upon to save humankind from certain destruction at the hands of Lucifer. True to its roots, Darksiders Genesis features intense combat, exploration, puzzle-solving, epic boss battles and serpent holes from heaven to hell, but the game also carves its own path as a full-scale Darksiders adventure played from the top-down perspective. 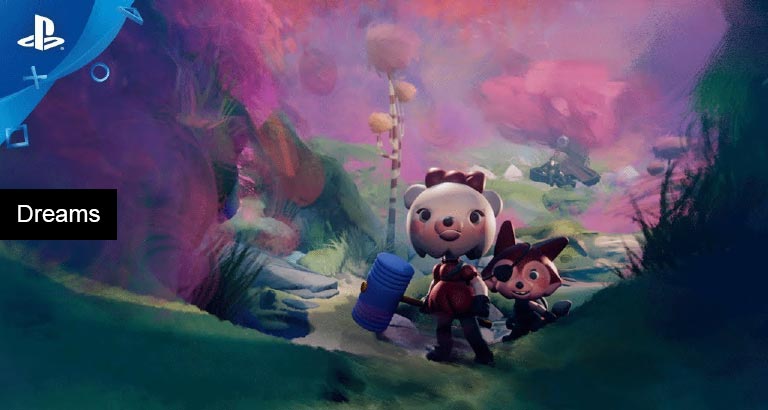 DREAMS
This ever-expanding game universe allows you to explore, experience and join in the limitless imagination of players around the world. Dreams also gives you the opportunity to unleash your creativity, building, sharing and bringing your own ideas to life in the online Dreamiverse platform. From games to gadgets, music to movies, puzzles to paintings and literally anything in-between… this is a beautiful playground of creativity where everything is possible.