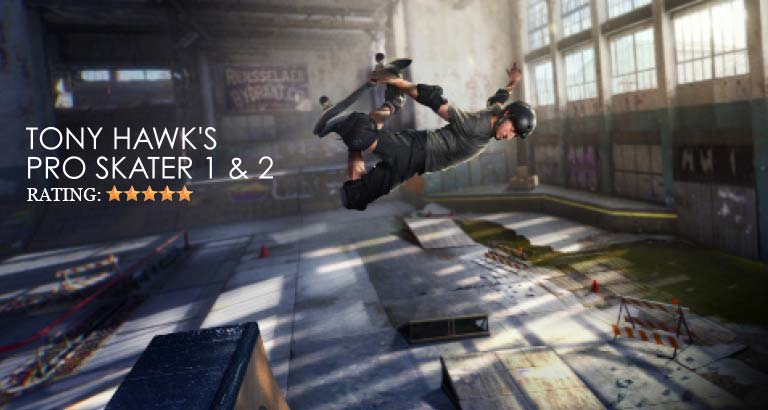 What is it?
Tony Hawk’s Pro Skater 1 + 2 is a remaster of the first two games in the Tony Hawk’s series: Tony Hawk’s Pro Skater (1999) and Tony Hawk’s Pro Skater 2 (2000). A skateboarding video game played in a third-person view with a fixed camera, the player must score points by performing tricks and complete objectives to unlock levels to progress through the game. The game features tricks introduced in later games such as the revert, spine transfer and wall plant. The player can also create their own skater and skate park with the Create-A-Skater and Create-A-Park modes and use them in split screen and online multiplayer.

Gameplay
Vicarious Visions has successfully brought Neversoft’s esteemed classics back to life, allowing old and new fans alike to experience these masterpieces through a modern lens while remaining entirely respectful to the moves, the maps and the music that’s been seared into the brains of millions since the turn of the millennium. One place where the remake goes beyond the original is that new challenges have been added to the THPS1 levels to make them consistent with the longer lists in the THPS2 ones. This freshens things up a little while they last, but the biggest boost comes from the absolutely exhaustive list of overarching challenges that can be completed across any of the maps at any time, from certain strings of tricks to specific enormous points totals.

Graphics
It’s actually quite remarkable dropping into each of the nearly 20 levels and marvelling at just how authentically they mirror the geometry of the 1999 and 2000 versions of these same maps. They’re obviously infinitely richer with granular detail, filled with impressive lighting and – unlike the PS1 oldies – feature a draw distance that stretches to the horizon instead of disappearing into fog, but they’re also wonderfully familiar. 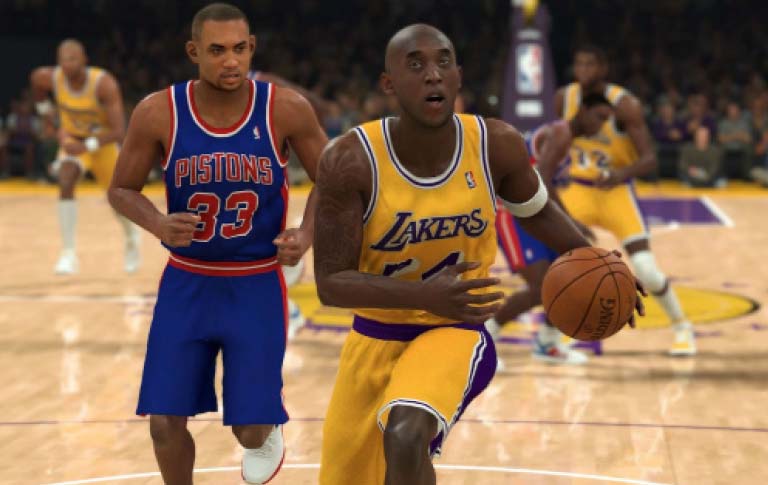 NBA 2K21
The latest game in the long-standing basketball series lets you play with real-life or customised players and teams; games follow the rules and objectives of NBA games. Up to six expansion teams can be created and used in both MyLeague and MyGM Modes, with the possibility of a 36-team league, and any team can be relocated and rebranded. A staple of the series, MyCareer, returns as one of the available game modes. This is a career mode in which the player creates their own basketball player and plays through their career. 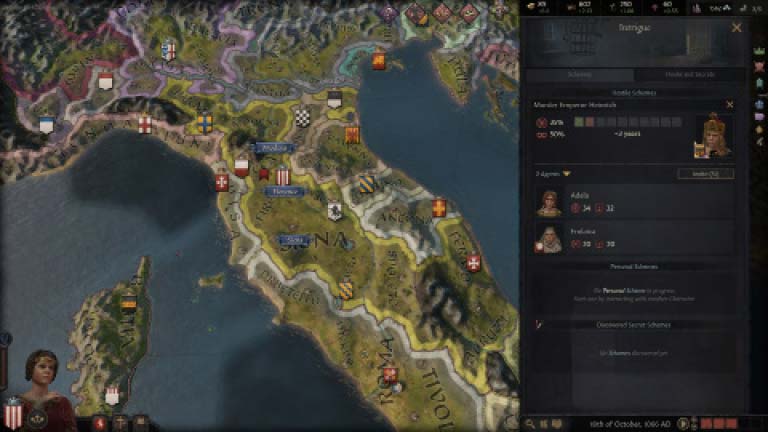 CRUSADER KINGS III
Like its predecessors, Crusader Kings III is a grand strategy game and dynasty simulator set in the Middle Ages, running from the Viking Age to the Fall of Byzantium. It has two start dates: 867 and 1066. Dynasties can form cadet branches that have their own heads and act mostly independently from their parent dynasty. The heads of dynasties will be able to use a new resource known as Renown to assert their control over their house. Ultimately, expand and improve your realm, whether a mighty kingdom or modest county. 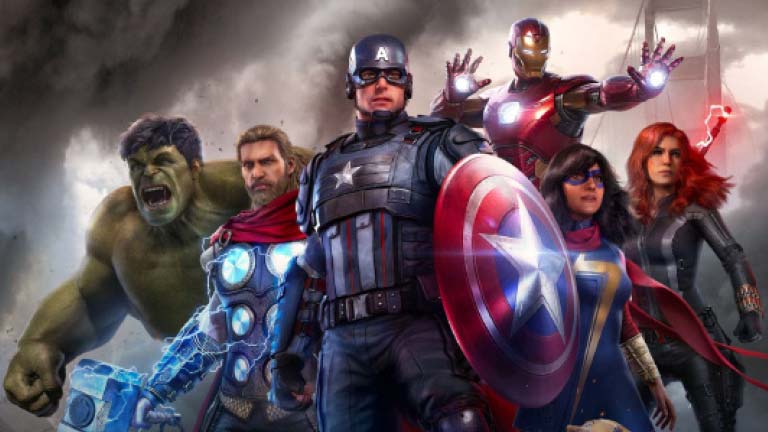 MARVEL’S AVENGERS
Marvel’s Avengers is an epic, third-person, action-adventure game that combines an original, cinematic story with single-player and co-operative gameplay. Assemble into a team of up to four players online, master extraordinary abilities, customise a growing roster of your favourite superheroes and defend the Earth from escalating threats.