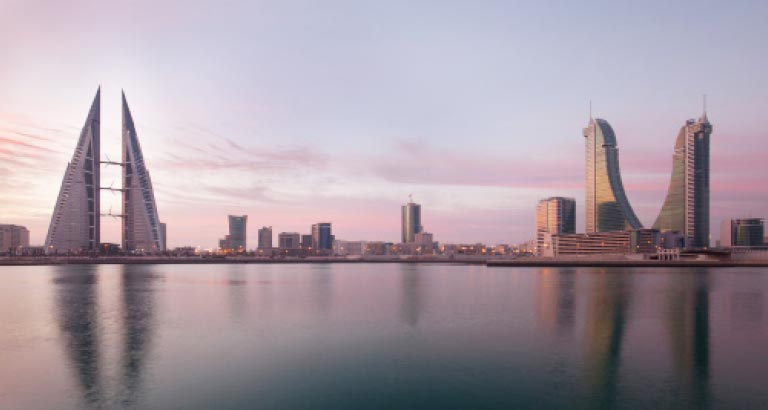 The Bahrain Authority for Culture and Antiquities (BACA) celebrated World Tourism Day on September 27 with the launch of ‘Made in Bahrain’- an exciting initiative which aims to highlight the identity of handicrafts and traditional industries as a form of cultural expression.

The exciting initiative also aims to establish these industries and their products as an extension of civilizational expression reflecting the Kingdom of Bahrain’s cultural identity. Through the initiative, BACA will establish a national cultural brand that restores cultural identities in context of daily life in Bahraini society, emphasizing the importance of handicrafts as part of Bahrain’s identity that will be invested in and culturally exported to the world. BACA has announced that the first batch of ‘Made in Bahrain’ products will be issued soon.

The Kingdom’s traditional crafts and handicrafts will be introduced, deepening awareness of these human and social practices at the local, regional and global levels, in addition to progressing these traditional Bahraini products with modern and contemporary elements. This ensures that the Kingdom’s sustainable cultural industries are promoted locally and abroad encouraging artisans working in these crafts to continue their practices so that they are passed onto future generations.

President of the Bahrain Authority for Culture and Antiquities, Her Excellency Shaikha Mai bint Mohammed Al Khalifa said: “BACA is committed to Bahrain’s culture in order to enhance the Kingdom’s cultural identity and ancient history in order to create promising developmental opportunities.”

“The Kingdom of Bahrain is peculiar and unique in its cultural components. Its traditional crafts, cultural places, archaeological sites and historical architectural features offer a basic infrastructure to manufacture a distinct cultural tourism. Our role is investing in these elements to portray the most beautiful picture of Bahrain and to elevate our sustainable products, one of our cultural assets, to be shared with the rest of the world.”

The launch of the ‘Made in Bahrain’ initiative was marked with the broadcasting of the Chinese Macau Orchestra concert on its channel on YouTube. “The central role Bahrain plays in cultural work globally is reflected between the ‘Made in Bahrain’ project that promotes traditional crafts as a tributary for sustainable development, and the Chinese Macau Orchestra at the Bahrain National Theater,” she said.

The launch of the ‘Made in Bahrain’ initiative comes several days after the conclusion of the Second National Forum for Intangible Cultural Heritage which shed light on elements of intangible heritage like fashion and textiles, which are all part of Bahrain’s traditional crafts.

The traditional industries and crafts in the Kingdom represent one of the most important elements of intangible heritage, which are exceptional material investments due to the specificity of each region, and the impacts of the social and geographical environment, natural resources and other aspects.