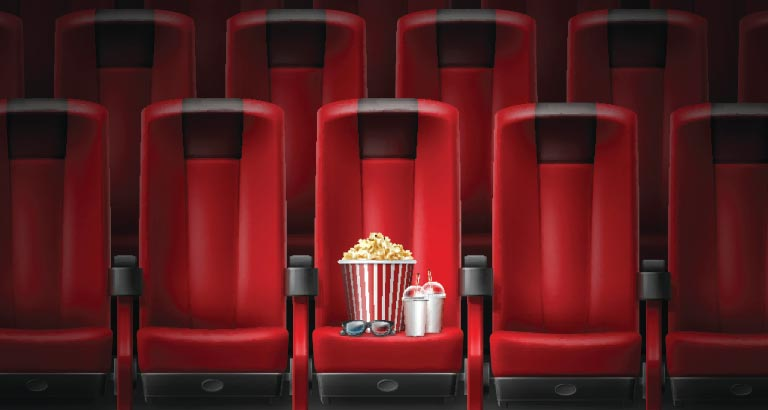 Whatever your film preference, Thomas Cohen finds there’s something for everyone scheduled for release this month.

After his widely successful motion picture, The Big Short, Adam McKay returns to the big screen with Vice. Based on the quiet political rise of Dick Cheney (Christian Bale) and how he became one of the most powerful men in the world as Vice-President to George W Bush (Sam Rockwell).

Jason Momoa reprises his role as Arthur Curry/Aquaman as he discovers he is the heir to the kingdom of Atlantis. Following the events of the Justice League, a reluctant Aquaman must step forward for both his people and the world.

Mary Poppins comes to life, once more, as Emily Blunt takes over from Julie Andrews in the titular role. Set in 1930s London, we follow the mysterious nanny’s reunion with the Banks family, and how she helps them rediscover their childhood joy.

Twenty years prior to the events of 2007’s Transformers, Bumblebee seeks refuge in a small Californian beach town. With the aid of Charlie (Hailee Steinfeld), they must go on the run as they are hunted down by a government agency known as Sector 7.

Clint Eastwood, for the first time in six years, returns to the big screen, as an actor. Based on the true story of a World War Two veteran, who, in his 80s, became a drug dealer and courier for the Sinaloa Cartel.

Miles Morales (Shameik Moore) must balance both his high school life and his role as a super hero as he discovers the “spider-verse”, where alternate realities intersect. With the use of 140 animations, this is Sony Pictures’ largest crew ensemble for an animation film.

Marwencol is a miniature World War Two village that helps Mark Hogencamp (Steve Carell), a victim of violent assault. The film encapsulates the heart-warming journey of Mark’s powerful imagination and how he finds hope from within.

An amusing take on the iconic characters, Sherlock Holmes (Will Ferrell) and John Watson (John C Reilly) who must take on their fierce rival, James Moriarty (Ralph Fiennes), and prevent the assassination of the queen.