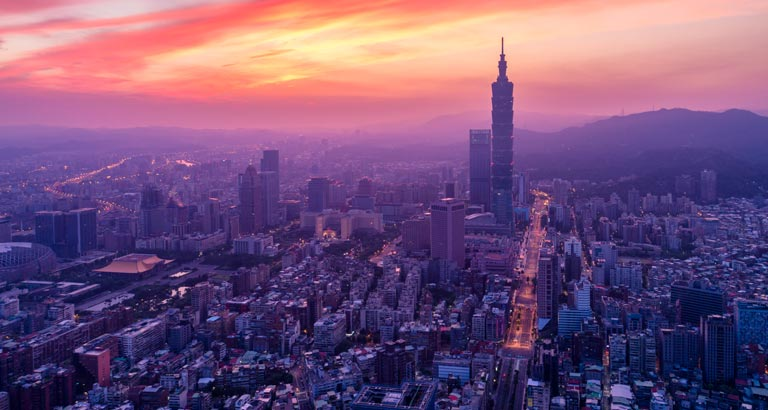 Head to Taiwan for a unique fusion of cultures, breathtaking scenery diverse cuisine and the stunning annual Lantern Festival.

Taiwan proper has more than its share of natural splendour. Mountain ranges with many peaks reaching over 3,000 metres — including East Asia’s highest peak, Jade Mountain (Yushan) — and forested foothills occupy more than half of its area. The island also features volcanic mountains, tablelands, coastal plains and basins. The Diaoyutai Islands, which lie northeast of Taiwan, and a number of islands in the South China Sea are also worthy of a visit.

Taiwan is renowned for its fascinating blend of traditional and modern culture. To showcase this, museums have been established across the country, including the National Palace Museum, National Taiwan Museum and National Museum of History.

Traditional architecture abounds, not only in the magnificent temples, but also in the many old structures that have been revitalised for use as community centres, cafés, stores and other public spaces. In fact, many aspects of traditional Chinese arts, crafts and customs are better preserved in Taiwan than anywhere else.

Traditional tenets of Buddhism, Confucianism and Taoism continue to be well represented in everything from temple celebrations and literature to the visual and performing arts. In addition, visitors can learn about the heritage of the country’s Hakka, Holo and indigenous peoples. 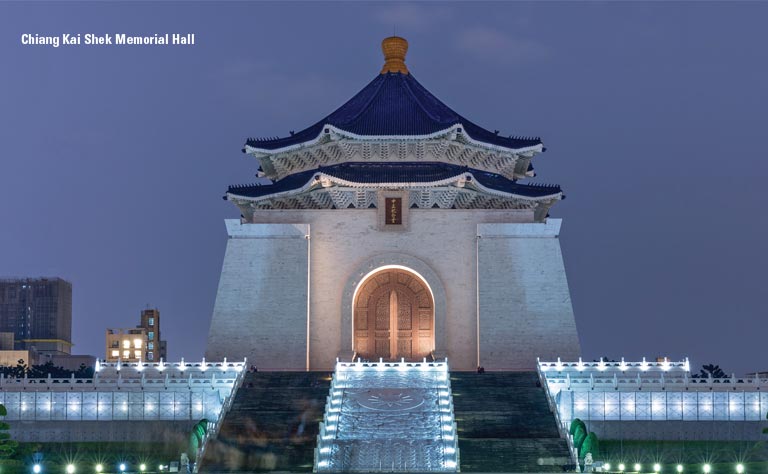 From the literary arts and folk festivals to the lively atmosphere of night markets, Taiwan’s traditions are closely intertwined with everyday life, adding to a thriving culture in which the past gives vitality and depth to the present.

For dining, the night markets cannot be beaten but also check out both traditional architecture and local culinary combinations in the small alleyways around Jiu Fen Old Street.

Must-see sights include the Gold Ecological Park and gold mine in Jinguashi as well as the nearby Golden Waterfall, where the waters shimmer due to the metal elements deposited. Trek to a volcano at Yang Ming Shan National Park and take time for a soak in the milky sulphurous  waters of the baths. Also, should you journey to Taiwan in April, don’t miss the amazing Fulong Sand Sculpture Festival. 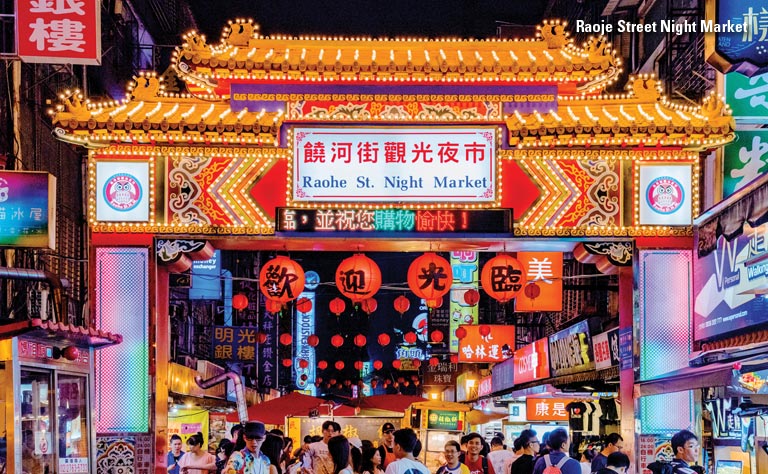 Standing at 510 metres with 101 levels above the ground, Taipei 101, is the tallest building in Taiwan serving as commercial complex and luxury mall. Xinyi District, also known as Taipei Manhattan, is the most iconic shopping zone in the metropolitan area where hotels, cinemas and trendy restaurants abound.

In the middle of the National Theatre and Concert Hall sits an internationally renowned landmark, Chiang Kai Shek Memorial Hall. The changing of the guard ceremony is one of the biggest attractions in Taipei.

Throughout the year, tourists can join various festivities centred on flowers, music, fireworks, lanterns, dragon boats, hot springs, hungry-ghost worship, round-island cycling tours, international marathons and more. No matter when you visit Taiwan or in which season, there are always fun events to be enjoyed! Among them, the most sought after is the Taiwanese Sky Lantern Festival running from February 19 to March 3 at various locations. 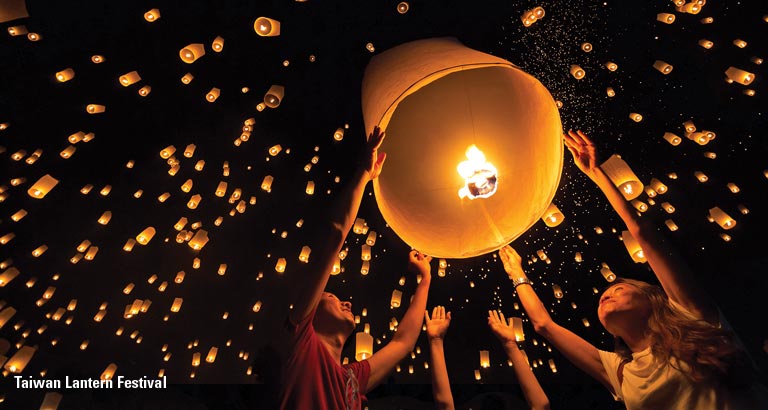 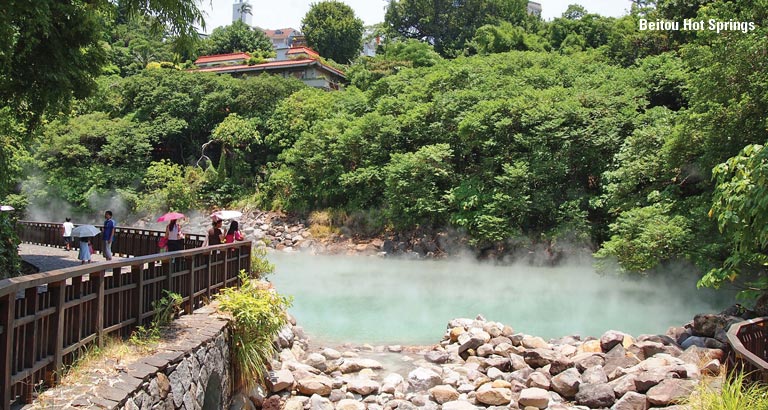 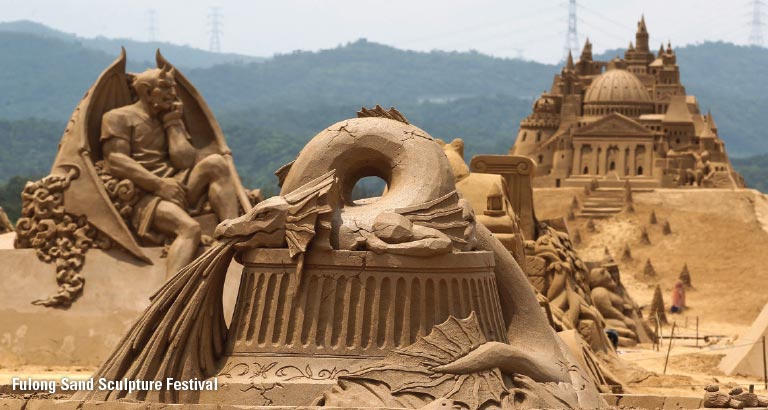 Pingxi Sky Lantern Festival
The Pingxi Sky Lantern Festival is one of the most colorful activities. Pingxi is a remote hillside town. In the past, those who worked or farmed in the mountains faced the risk of being robbed or killed, and they used lanterns to inform their families they were safe. The lanterns do not function as signals anymore, but are now used as symbols of peace and good fortune. 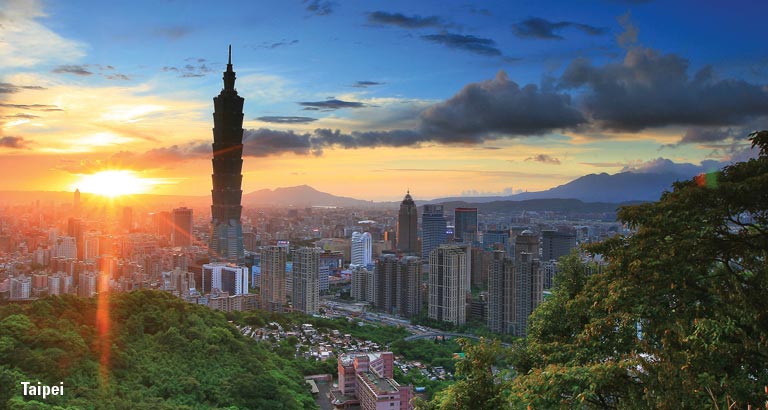 Yenshui Fireworks Festival
The fireworks display at the God of War Temple in Yanshui, Tainan City, is one of the most popular and anticipated events of the Lantern Festival. The display starts one day before the Lantern Festival, when the deity tours the town in his sedan chair, accompanied by the discharge of firecrackers and bottle rockets. The noise, lights and rituals that follow the God continue well into the following morning.