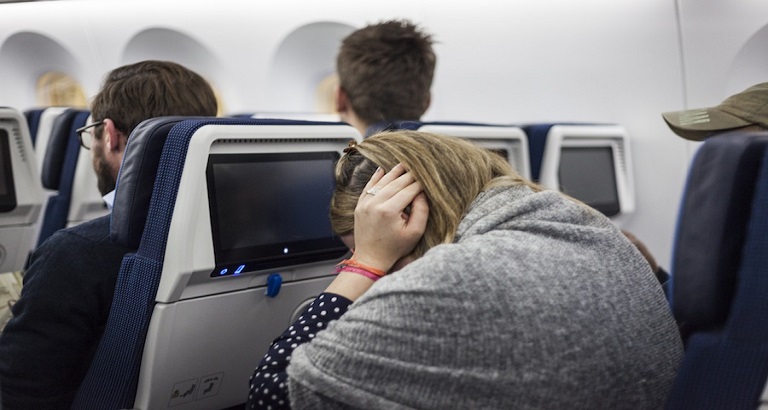 Painful ears during take-off and landing is a common phenomenon affecting many travellers. Consultant ENT surgeon, Dr Muhsen Salman, explains how to tackle the problem.

Even though today’s aircraft are pressurised to minimise changes in air pressure, many passengers still suffer airplane ears (barotitis media), which causes partial hearing loss, pain and a stuffed-up feeling. Symptoms typically begin while the plane is descending and can persist for up to 30 minutes after landing.

Cause
As a plane climbs, cabin pressure lowers and the pressure in the middle ear reduces to match it. When the plane descends, the cabin pressure will reduce and you will feel the change in your eardrums which can cause discomfort until your ears equalise.

The Eustachian tube, which normally drains secretions from the middle ear into the throat, exchanges air between the ears and nose, but when there is a pressure differential, air may get trapped in the middle ear. The tube compensates by allowing a little more air into or out of the ear, but this may be difficult as the differences in air pressure create a vacuum that pulls the eardrum inward. It stretches (causing pain) and is unable to vibrate naturally (which impairs hearing).

Treatments
• Swallow several times or blow your nose gently, chew gum or yawn – all help to open the Eustachian tube.
• Squeeze the nostrils shut with your thumb and forefinger, inhale through your mouth and then attempt to force the air back into the nose – you should feel your ears pop.
• Use a nasal decongestant spray or pill an hour before landing.
• Try small silicone rubber ear plugs, marketed under the name EarPlanes, which have a filter that equalises the effects of cabin airpressure changes.

If your ears fail to open or if pain persists several hours after landing and if you fly frequently and have persistent ear pain, consult an ENT doctor.