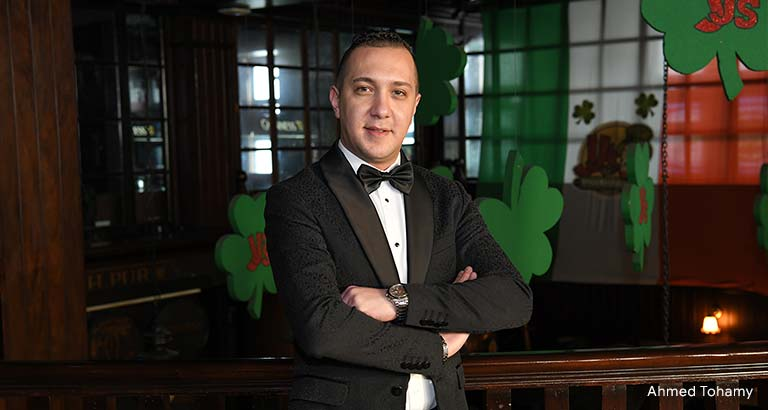 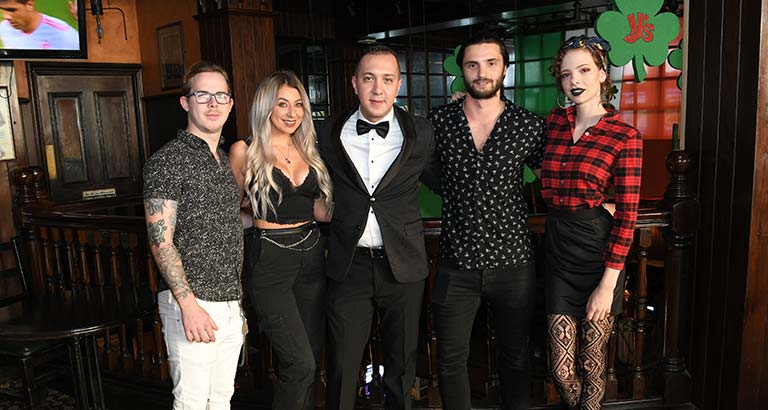 JJ’s remains one of the island’s most popular night spots, so Liz O’Reilly went along to meet some of the team who bring the magic.

Manager, Ahmed Tohamy, has had the top job for four years. Having graduated in business administration and accounting in his native Egypt, the move into F&B was quite a turnaround.

He says: “In number crunching you don’t really get to meet people and I wanted something different. The move into hospitality was not that easy but I believe in myself and I always say that the best is yet to come. I love to be around people and I’m known as someone who is always smiling – so this is the perfect life for me.

“I must admit though, these days competition is very strong and you have to be constantly improving and coming up with new things to bring people in but without compromising on the quality and Irish feel that we’re known for.” 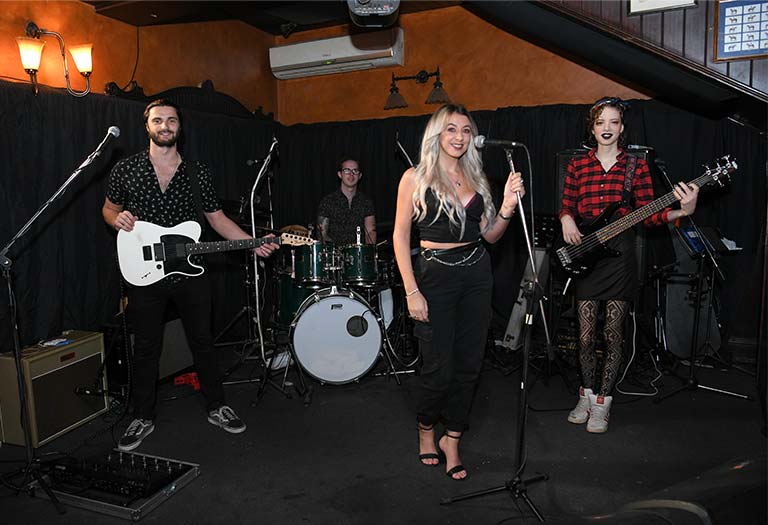 Thus, he has recently introduced the JJ’s Friday Brunch from noon to 4pm at BD20, inclusive, followed by the Friday Drunch – where diners can keep the party going with unlimited selected beverages for BD15 between 4pm and 8pm.

There are also plans for a special Wings Night on Wednesdays – unlimited chicken snacks and selected drinks for BD15. The annual Karaoke Idol knock-out contest is always really popular and has seen past contestants actually taking to the stage professionally. It starts on November 5 and runs until December 17.

And back to bringing that authentic Irish feel; Ahmed hopes to have the Paddyman on board for the New Year’s Eve party, to bring in 2020 in style.

Another thing JJ’s has long been known for is its ability to bring in great bands and the latest resident musicians certainly live up to that tradition making sure each and every evening they’re on stage goes with a buzz.

Livewire is made up of Sophie from Swansea, Wales – on lead vocals, Sereta from London – on bass, Dan from Birmingham – on guitar, and Tom, from Liverpool – on drums.

The four had not played together before coming to Bahrain, though each had pursued their own projects back in the UK. But, since arriving here, their different musical influences have gelled to create a band that makes sure everyone has a good time.

Sophie is a fan of dancy, poppy stuff and old school such as Cher and Cindi Lauper. Sereta favours jazz and world music, Dan likes indie rocky sounds – again with an old school feel such as Kings of Leon and Blink 182, and Tom loves funk and soul such as the late great James Brown.

With a fairly eclectic range of tastes, their sets provide something for everyone.

Sophie says: “I get a buzz off people singing along. Sometimes you begin to wonder why you’re doing this but when you’re on stage and the crowd are joining in and you stop and they’re all still singing – that’s a great feeling.”

Dan adds: “I’m the same. When you really get the crowd going and they recognise the opening and join in, it feels great to see everyone enjoying life. Part of our job is to keep our sets fresh, so we’re always introducing new songs that our audience wants to hear.”

Tom says: “For me there is an awareness that people come to forget about their everyday working lives and have a good time; if we help them to do that and can see that they’re having a good time, then I’m happy.”

And Sereta concludes: “It’s not so much about performing as developing my skills and seeing what my instrument can do – the better I can play, the better the experience will be for our audience!”