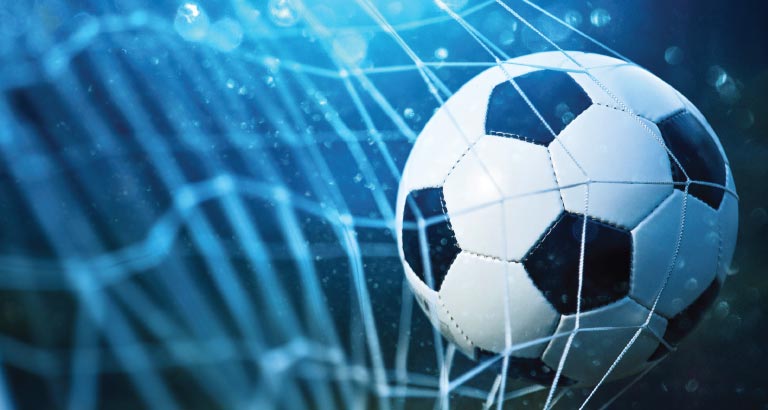 One of the biggest sporting events on the international calendar is just around the corner and the island’s entertainment venues are going out of their way to make sure fans can watch the 2018 FIFA World Cup Russia in style. We’ve rounded up some great spots to catch all the action.

Al Areen Palace & Spa’s special World Cup Tent allows you to watch all the games in comfort and style with football-themed snacks and refreshments. Giant TVs with surround-sound will ensure you soak up the atmosphere of every kick and goal. And the property also has a range of footie-themed spa and fitness deals to keep the atmosphere going.

The Stadium at Four Seasons Bahrain Bay will be showing daily matches on a massive HD screen live in the exclusive Football Tent, which features a 4m x 10m HD screen as well as 160 LCD screens to give a true stadium atmosphere. There’s a grand seating option, lounge-style seats and even exclusive standing fan zone areas, with a wide variety of food and drinks on offer. The area also includes foosball games, a Play Station zone and other family activities as well as special offers on brews and food. The tent opens an hour before games on match days and from 4pm to 11pm on other days.

Reem Al Bawadi, at the Ramada Manama City Centre, is usually well known for its delicious Middle Eastern cuisine. But in celebration of the World Cup, some dishes will be taking on a distinctly Russian flavour to help you get into the spirit of the occasion.

And, if you want to combine your footballing fever with the island’s next favourite pastime, brunch, then head to Baharat at Le Méridien City Centre Bahrain, which will host special events on June 22 and 29. The restaurant promises World Cup-inspired gastronomy and decoration as well as free-flowing beverages to celebrate or commiserate on your team’s performance.

Not surprisingly, given its name, Wembley Lounge at Atiram Premier Hotel, will be going out of its way to put on show for the sporting spectacular. Already a venue where fans gather to watch regular football, and other sports, the bar is promising special menus, drinks deals and, of course, that important Wembley atmosphere, which makes this one of the island’s favourite party spots.

Always keen to be part of the big occasions, the Ramee Group, with its wide range of properties, has several promotions planned to mark this major sporting occasion. The Ramee Grand Hotel & Spa’s swish sports lounge, Red Lions, is an atmospheric spot with plenty of big flat screens to ensure everyone a ringside view. Legends Sports Lounge at the Ramee California, Match Point at Ramee Palace All Suites and Cosmo Sports Bar at the Ramee International Hotel will also show all the action live, coupled with excellent food and beverage options.

The Ritz-Carlton, Bahrain, has the World Pavilion, open daily from 2pm till 2am, where aficionados can witness the month-long tournament in a football-themed atmosphere with à la carte menu options, shisha service and special beverage menus. Entry is free with a BD10 minimum spend.

Watch all the thrills of the World Cup at the all-new renovated Sherlock Holmes bar at The Gulf Hotel. This long-time Bahrain favourite has had an upgrade to include additional screens at every angle, a non-smoking area, modern entertainment features and state-of-the-art lighting. But, don’t worry, it still retains its traditional old-English feel and is ready to welcome fans for kick-off.

Mövenpick Hotel Bahrain is another venue with a special purpose-built 2018 FIFA World Cup Fun Zone tent. Gather your friends to watch live the opening ceremony and call in throughout the month to see all the matches broadcast live on the big screens. There’s also a special menu and shisha to round off the occasion.

Havesters at the Crowne Plaza Bahrain will also be showing the live action. And for a spot of football fever with a South American touch, because, let’s face it, everyone wants to be on the winning team, head to the Sofitel Bahrain Zallaq Thalassa Sea & Spa where, for the whole month, Tapas will be relocated to the Layali Al Zallaq Tent which claims to display the biggest screen in Bahrain!

Coral Bay becomes Sports Bay for the duration of the tournament offering a unique beachside environment in which to cheer on your favourite team. And, of course, JJ’s will be among the many bars on the island where fans will gather to watch the action and celebrate or commiserate. 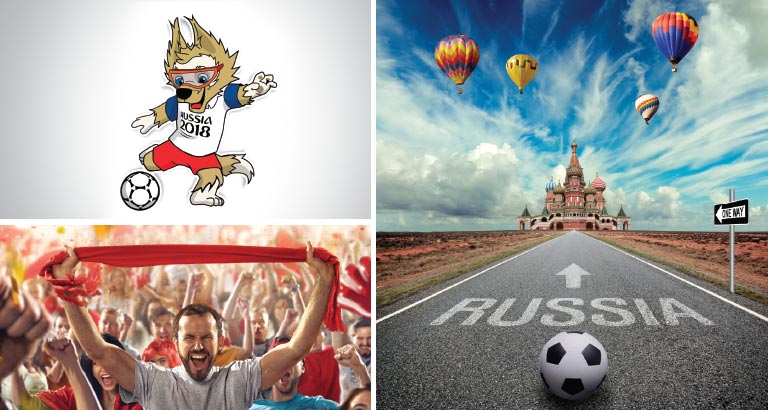 Make sure you never miss a match with our full line-up of all games till the end of the group stages.

For the really serious fan, mark the occasion with the very limited edition Hublot Big Bang Referee 2018 FiFA World Cup Russia timepiece which will be worn by all the match officials.