A Great Partner Of Trade 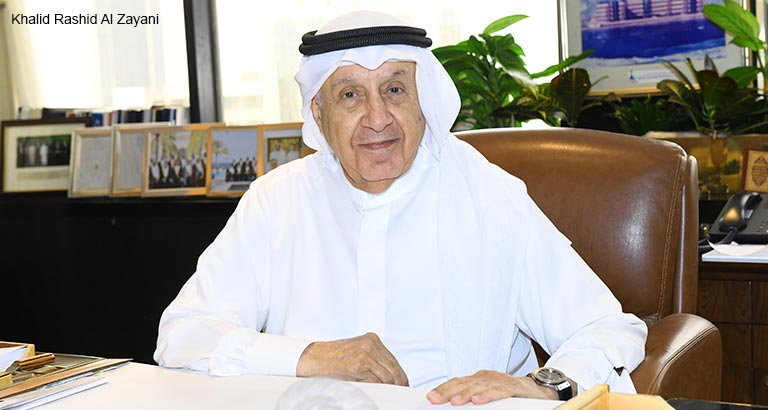 With more than 50 years of international business acumen operating in fields such as banking, motoring, manufacturing and more, Khalid Rashid Al Zayani is one of the Kingdom’s most successful businessmen.

It is no surprise that he has been elected Chairman of the BBBF numerous times, one of the most important institutions to foster trade between Bahrain and the UK.

He explained: “We do a lot of business with the United Kingdom, such as being the exclusive distributor of Land Rover and Range Rover vehicles in the Kingdom, the history of which goes back to the 1940s. One of our companies, Midal Cables, has also manufactured and fitted high tension cables to refit the grid of the UK all the way from Scotland to Wales.”

The BBBF was founded in 1995, more as a social club comprising just 16 members, than a business club. Under Mr. Zayani’s leadership, not only has it grown in membership to approximately 500 members, but it has considerably improved business and trade between the UK and Bahrain and set an example for others to follow.

Mr. Zayani said: “I believe the BBBF has helped the Bahrain population to engage more with British businesses and vice versa for British businessmen to network in the Gulf. We have specialised groups which meet directly with those figures, whether it is in engineering, banking, industry, trading and many more fields where we have knowledgeable figures who can share advice.

“Now that Britain is out of the European Commission, they are no longer curbed by regulations imposed on them. Therefore, we can have a free trade agreement with them and this is something we are looking forward to as we have a special relationship with the UK. There isn’t a Bahraini who doesn’t aspire to go there, own property or have some sort of business interests there.

“I believe there is a natural relationship between Bahrain and the UK anyway. It’s easy to look at Britain as a great partner both in business and tradition. Even our police department, national defence and education sectors have strong British DNA in them.

“Personally, I have a huge affinity for their quality cars. I love the UK’s history of quality engineering. Most of the exceptional technology we see in Formula 1 for example is processed in the UK and the standards of research and development are so high.”

The Duke of York presented Mr. Zayani with an honorary OBE in 2013, something he treasures to this day.

Offering congratulations to Her Majesty Queen Elizabeth II on the occasion of her Platinum Jubilee, he said: “There isn’t a royalty in Europe as high in class as much as the British royalty and Her Majesty has ruled for 70 years as a true leader to her nation in both war and peace. People look up to Her Majesty and I had the honour and pleasure of meeting her when she came to visit us in Bahrain in 1979.

“I was then the Chairman of Bahrain Historical and Archaeological Society and I took her around some sites. I was so impressed by her knowledge of the site before she arrived and I said to her: “You’ve done your homework.” The Duke of Edinburgh then turned to me and said: “She always does her homework!” I shall always remember her kindness to me when I was a young man at that time.”