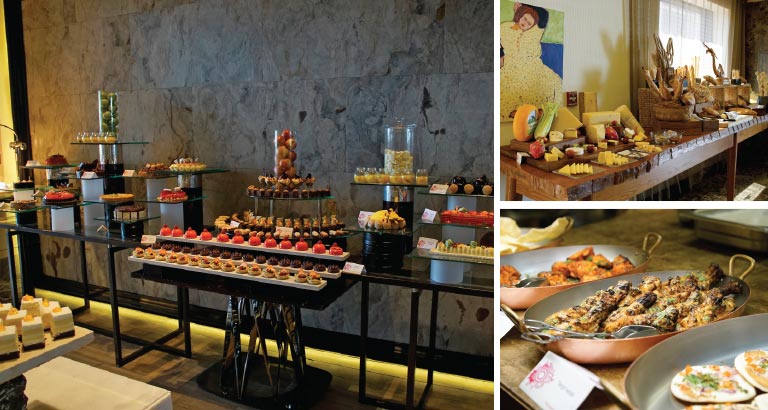 The atmosphere will be electrifying at Baharat as guests gather for a sporty World Cup-inspired meal.

No matter which international football league you support, and whether you are a die-hard devotee of the sport or not, there’s only one place to catch some fantastic World Cup-inspired gastronomy – Baharat. This contemporary dining outlet at Le Méridien City Centre Bahrain invites all footie fans on June 22 and 29 to revel in the excitement of the much-anticipated sporting series taking place in Russia this year.

The interiors of the restaurant are tastefully appointed to be easy on the eyes and pleasing to the senses. The character of Baharat exudes a modern appeal and it is a great place for friends and family to bond over wholesome, delicious fare.

With lip-smacking food that resonates with the thrill of the game, and a special décor in honour of the games to match, the ambience is going to be charged with football fever. It promises to be the ideal place to discuss and debate the performances of your favourite teams.

The World Cup-inspired brunch is priced at BD38, including selected free flow of beverages, or BD26, including soft drinks and water. It will be on from 12.30pm to 4pm, and bookings for 10 or more guests will be given a 20 per cent discount.