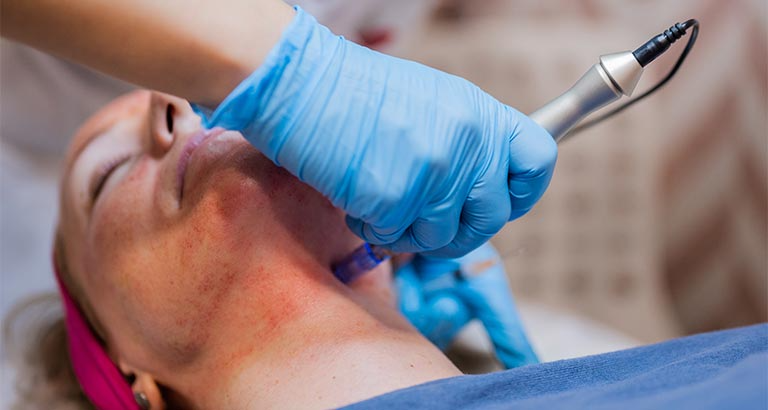 The great pity is that everybody seems to know somebody who has endured this unnecessary clinical disfigurement pain and suffering at the hands of a medical ‘specialist’ who thinks they know what they are doing when the results speak for themselves and show otherwise”.

“I trusted them and they disfigured my face.” – These are the words of a woman who was disfigured at a cosmetology clinic in Bahrain. Bill Grieve narrates her story, advises you on how to prevent the same from happening to you, and empowers you with the tools and information to seek justice should you have the misfortune of being a victim.

Around the world, but more so in the Middle East, a woman’s face is her personal treasure - admired daily, displayed, shown off, treated, handled with care, and looked after with tenderness and caution.

Women look at their faces every day and know every spot, dot, and line, and at times might consider a minor correction or enhancement to further enhance their beauty. Most women use the services of reputable skin treatment centers who have experienced and skilled specialists who have studied, trained, and understand what they are doing and use internationally-proven equipment to enhance facial features, correct blemishes and scaring and effectively meet patient’s expectations. These are the true skin specialists who have the skill, intelligence, and training to meet their client’s needs and fulfill their undertakings.

But woe betide those many women who turn unsuspectingly to the rogue and maverick charlatans of the trade only to bear the brunt of broken promises, poor treatment due to inexperience, lack of training, arrogance or sheer ignorance and suffer clinical disfigurement, scarring, pain, and humiliation as a result.

Elliana is one such unfortunate patient who, working directly with the public and reliant on her presentation and grooming which is also an employment requirement, chose a skin treatment “specialist” to rectify minor childhood acne scarring only to find herself in the worst predicament possible - a badly disfigured face from a poorly effected treatment involving micro needling using a derma tool.

Elliana had saved up for the treatment and asked a physician at the clinic she attended for general hair removal laser treatment for advice on the minor acne scarring she wanted to fix. After a paid assessment appointment, the doctor convinced her that using an FDA approved micro needling ‘derma pen’ treatment would produce optimum results. 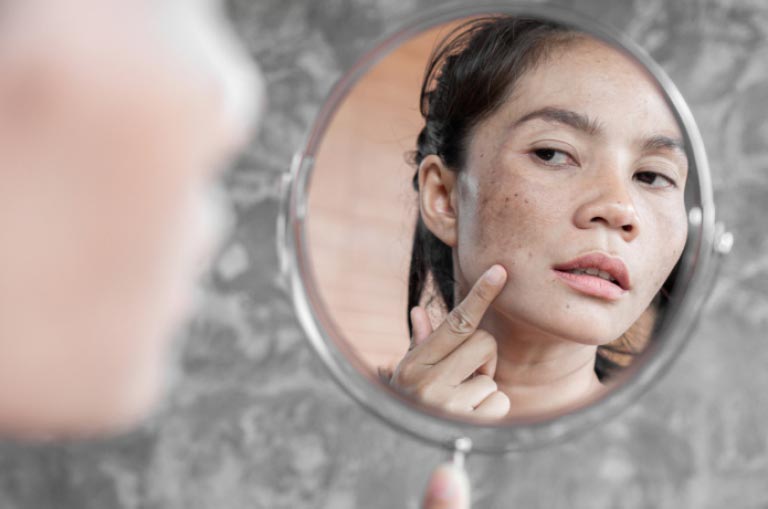 Elliana attended her appointment in good faith anticipating a good outcome, however this anticipation was short lived. On the day of the scheduled treatment Elliana began to feel that she was not being appropriately handled, the doctor was “late”, numbing cream was applied and left on far longer than she was advised it would be, she was left isolated and began to feel uncomfortable. When the treatment started, Elliana felt as though the doctor was gouging into her face and bruising it with the instrument and cried out several times in pain at the unnecessary brutal application of the derma tool. The doctor announced that this was normal and continued unabated. After the session, Elliana was told to apply her own hydrating cream and take an oral OTC painkiller.

The day after the treatment Elliana woke up in pain, looked in the mirror - and burst into tears. Her beautiful face had been transformed for the worse – a far cry from what she was hoping the outcome would be. Crying and emotional her head spinning she thought to herself: “How will I go to work looking like this?”, “What will my husband say when he sees me?”, “What will the other girls and company staff say when they see me?”, “Will I be suspended?”, “What will I do?!”. This was the stuff nightmares are made of and totally unexpected, but worse was yet to come the full effects of the derma treatment were still to surface. Over the next four weeks Elliana suffered pain, humiliation, embarrassment, and a personal identity crisis and became afraid to show her face.  COVID-19 allowed her to cover her face in public over the ensuing months - her only saving grace in the whole ordeal. 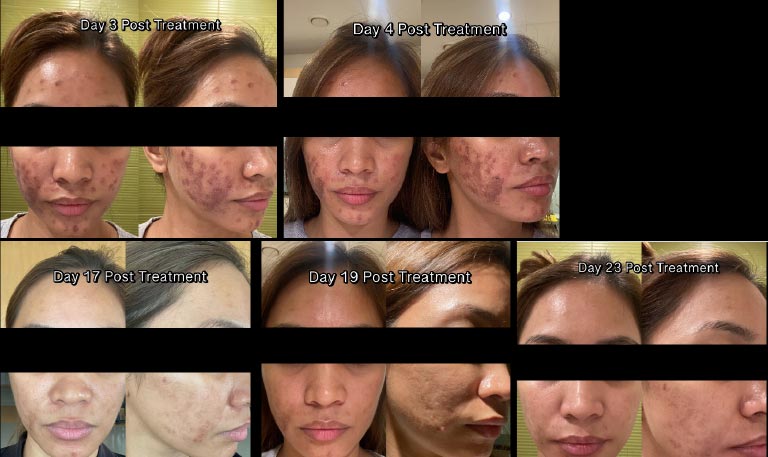 “Take photographs every 6 hours and keep a timeline” was the professional advice given and that’s exactly what Elliana did. It was these photographs that made up the main evidence used to formulate a court standard complaint to the National Health Regulatory Authority (NHRA), followed by advice from a leading lawyer, a criminal disfigurement complaint to the police too especially when it came to light that the medical center did not have a signed consent form for the derma treatment, did not take any beforehand photographs, did not have a brochure on the treatment being carried out, and hadn’t honestly and accurately described the treatment, its effects and long term problems that could occur. The doctor had been complacent, lacked empathy and consideration and made Elliana feel as though she was inferior.

Elliana’s saga rumbles on legally and having attended a broad number of sessions and spent a large sum of money on facial skin rectification treatment at an internationally-renowned and acclaimed skin treatment center, Elliana has gradually recovered back to almost where she started. Although her skin is only now in a similar state to what it was when she underwent the maverick medical treatment, she is satisfied that she is in good hands this time.

Amazingly, once Elliana was brave enough to make the problem known almost all the girls and women she was in contact with, recounted similar personal experiences or knew someone who had suffered at the hands of a rogue dermatologist. This seemed to be the ‘elephant in the room’ that everyone knew about, but no one was doing anything about - the dark secret that festers below the surface in the field of medical treatment.

So, how can you prevent this happening?

What to do if you become a victim:

The aim of my complaint is to prevent this happening to other women - what would have happened to me if I was not able to afford recovery treatment is too awful to contemplate - in my job my face is everything”.