From Bahrain to Birmingham 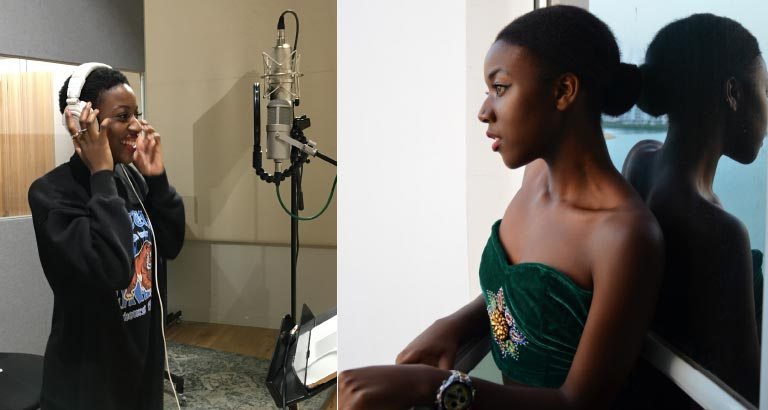 Gabriella Liandu, shares with Behnaz Sanjana her operatic endeavours as a student in the UK and fond memories of growing up in Bahrain.

Gabriella Liandu’s destiny panned out when she made it to the semi-finals of the Young Musicians of the Gulf competition in 2016. “One of the adjudicators, John Thwaites, Head of Keyboard Studies at Royal Birmingham Conservatoire (RBC), suggested I audition at RBC,” she says. “Within two weeks I had been offered a place on the Vocal and Operatic course! So here I am, four years later, at the end of my undergraduate course.”

A Scottish national with Zambian heritage, Gabriella got her primary education at The International School of Choueifat - Manama, and studied for GCSEs and the IB (International Baccalaureate) Diploma from St Christopher’s School.

The young singer’s typical day at university may have an audition lined up, along with a series of language classes, solo singing lessons and group rehearsals. “I like to end my day by going to my favourite jazz bar to enjoy some live music or do a performance myself,” she says.

By the time this interview is in circulation, Gabriella will have finished wrapping up her third opera of the season - RBC’s production of The Enchanted Island, with music written by the likes of Handel and Vivaldi, and a storyline that harks back to Shakespeare’s The Tempest and A Midsummer Night’s Dream. 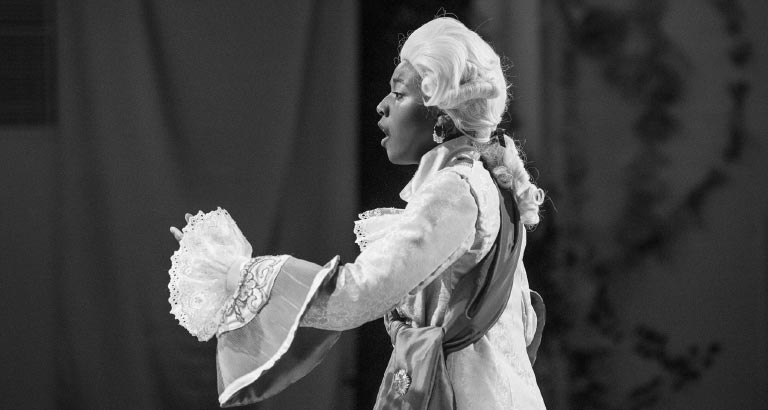 “My Conservatoire career has gifted me with many unique opportunities, one of which has been working with conductor, Tony Kraus, and acclaimed opera director, Daisy Evans, and also with the Bournemouth Symphony Orchestra and one of my favourite out-of-the-box companies, Birmingham Opera Company. The next RBC Opera is a double-bill of Lennox Berkley’s A Dinner Engagement and Castaway, which will be very exciting. “It’s so rare to get these opportunities so early on in one’s music career; choosing to study at Royal Birmingham Conservatoire was the best decision I could have made and I am very thankful to have been afforded the opportunity to get this far.”

Music has been part of Gabriella’s upbringing, and she is grateful to her parents for having given their children the freedom to flourish and thrive, and to pursue whatever they set their hearts and minds on. “I first learnt to play piano, and later guitar and flute, but I’ve been singing since before I could walk!” she remembers. “I was into amateur dramatics growing up, and I thank St Christopher’s for giving me the chance to find myself through music.”

On what she misses the most about Bahrain, she says: “The hardest thing about being in the British West Midlands is being so far away from the sea. Birmingham is super up-and-coming and life is extremely fast-paced, but in a way that is exciting and refreshing. I loved seeing Bahrain expand in different ways whilst I was growing up there, yet it will always be that tiny island I came to know 13 years ago.” Besides seeing her parents, Gabriella is looking forward to sunshine and the cool heat during her visit this month. “First things first; to the beach!” she exclaims.