In Conversation with a Knight 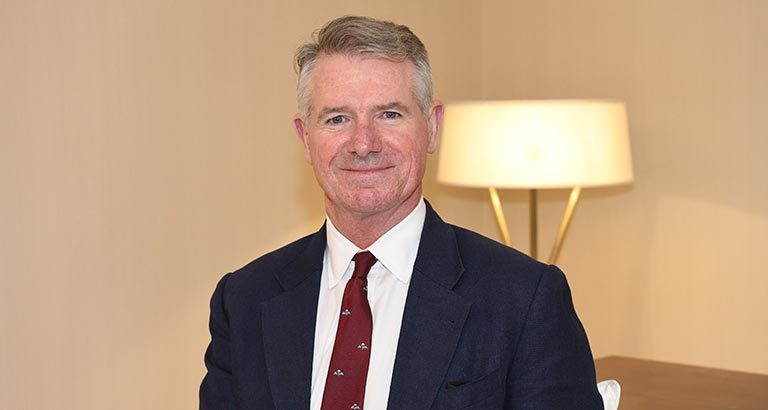 As we celebrate Queen Elizabeth II’s Platinum Jubilee, we spoke with one of the most influential figures in the historic relations between Bahrain and the United Kingdom, Lt Gen (Retd) Sir Tom Beckett. He is the Middle East executive director of the International Institute for Strategic Studies (IISS) and was instrumental in bringing the Manama Dialogue, the biggest annual military and political conference in the Kingdom, to fruition. He opened up about his career and historic ties to Bahrain.

Sir Tom, you were born here in Bahrain! How long were you resident here for, and how much of an influence did your formative years in the kingdom have on your later career?
Indeed! I was born here in 1962 in Awali while my father was working for BAPCO. We left as a family in 1982 just after I turned 20, although for periods I was at boarding school in the UK because back then there weren’t really many opportunities for secondary education on the island using the UK curriculum.

As for influences, you can’t live in a part of the world and not absorb some understanding of it. When, during my later career, I kept being brought back to the region, I felt I had a better understanding from having grown up here and lived in the Kingdom amongst Bahrainis and Arabs.

Could you briefly summarise the highlights of your illustrious career to date? In particular, how did you get involved in the International Institute for Strategic Studies (IISS)?
Having left Bahrain in 1982, I joined the Royal Military Academy Sandhurst in 1984 and joined the British Army where I served for 34 years. For the first part of my career until 1991, most of the army was focused on the threat from the USSR.

Then in 1991 there was the Iraq invasion of Kuwait which brought a lot of the armed forces back to the region and this was my first re-exposure to the Gulf, coming into Saudi Arabia and then being part of the enormous international coalition, which restored the sovereign boundaries of Kuwait. While in the desert in the Eastern Province of Saudi Arabia, I did get to pop back to Bahrain on two occasions which I greatly enjoyed!

The highlights of my career are undoubtedly the command appointments and operations. I was fortunate enough to command a parachute battalion and an armoured brigade. In the former, I took part in the 2003 operation in Iraq and then in the latter I was the last British commander to leave Iraq. Being there at the beginning and end of it, having done effectively four operations in the Middle East region from 1991 to 2003, will always stand out to me. 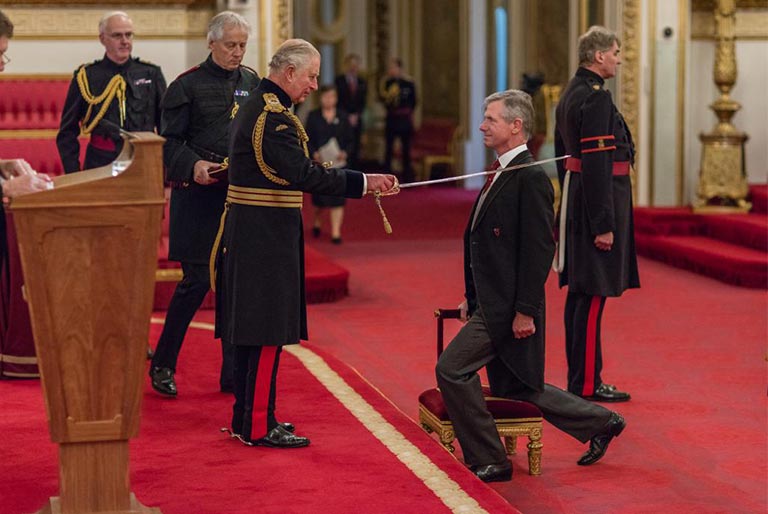 As a result of that presence in the region and considering I was born here, an appointment called the Defence Senior Advisor, Middle East and North Africa came up and I was successful. That was my concluding job in the British military and to become a major part of the United Kingdom’s bilateral relations with the region was an amazing highlight.

Finally, because of that, when the role with IISS came up, it just fitted neatly together and I came back to Bahrain where it all began!

The IISS has been a hugely important factor in diplomatic and political relations internationally. What is your specific role and how would you describe the Institute’s ultimate goals and objectives?
Its higher purpose is to promote international peace and security. We do this by being an independent of government research institute with a focus on strategic studies. We look at conflict that could have a significant military dimension. We’re in our 63rd year of being a heavily respected independent think-tank worldwide and it’s because of that intellectual underpinning that we can run events like the Manama Dialogue where we can bring together national leaders, ministers, policy-makers and more into Bahrain which is incredibly well-supported by the government of Bahrain.

What do you consider to be the most important highlights of the Manama Dialogue since its inception?
The Manama Dialogue has two primary goals. The first one to bring, as mentioned previously, leaders and military figures together to present how they see regional conflicts going. The only thing we ask in return is that they take questions from an informed and expert audience that we have invited and that works very well. We air things, we challenge policy positions and everyone gets a better understanding of security issues in the region.

The second is providing all attendees with a concentrated opportunity for bilateral engagement. We often see countries that might publicly disagree having private bilateral agreements which is obviously a good thing as it promotes international peace and security.

What has the Manama Dialogue done specifically to boost ties between the UK and the Middle East?
The UK has a long and storied history with the Gulf and Bahrain was the seat of the British residency in the political agency. The two nations have always had a mutually positive relationship in terms of prosperity, security and stability. I also think when I look at it from a Bahrain perspective, His Majesty King Hamad retains a very strong affection for the United Kingdom and what it did for the Kingdom of Bahrain.

You were knighted by Her Majesty Queen Elizabeth II in 2018 on your retirement from the army. How proud were you to receive this award?
I was exceptionally proud, although ‘absolutely amazed’ is the dominant emotion really. I couldn’t quite believe it when I took the call. It is slightly different than civilian awards, whereby they are asked and can accept or decline, but because we are military, we take orders and are not asked but given it. I didn’t expect it but after a 34-year career it was the most significant honour I could ask for. 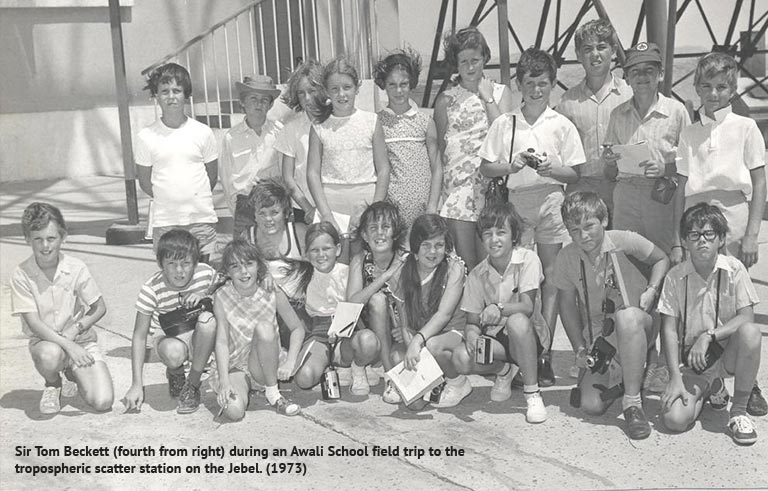 Finally, do you have any words you’d like to offer to Her Majesty Queen Elizabeth II on the occasion of her Platinum Jubilee?
As a long-term soldier, the Queen is our Head of State and thus also our Commander-In-Chief. Many of us who have served, as part of the medals we receive for operations, have received Jubilee medals such as the silver and gold ones and we wear them with pride just as we do with our operational ones because we are part of the British army.

Her Majesty has been an incredible influence for the United Kingdom and I think that on her Platinum Jubilee, marking 70 years of unstinting service to the nation, is something that those of us who have also served the nation look on with the deepest admiration.