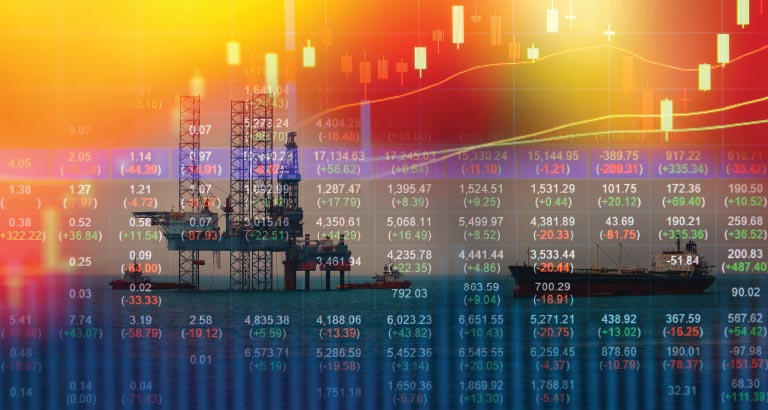 Adnan Sipra analyses the country’s performance over the last year and looks at what the future may hold.

Bahrain’s headline real growth rate increased sharply in the second quarter of 2018 to an annual pace of 2.4 per cent, according to data published in the Bahrain Economic Quarterly Report (BEQ) which is produced by the country’s Economic Development Board (EDB).

“Bahrain’s impressive improvement in the second quarter was thanks to a broad-based recovery across the whole economy,” said Dr Jarmo Kotilaine, the EDB’s chief economist. “In particular, the expansion of Bahrain’s non-oil gross domestic product (GDP) stands out in the regional context. With the oil industry now accounting for less than 20 per cent of the economy, Bahrain’s growth was largely led by the non-oil economy as opposed to most of the Gulf region where the stronger growth has been led by higher oil prices and production.”

The non-oil sector, in fact, has been performing fairly consistently over the past three years. GDP growth in Bahrain has been positive, as a whole, over this period, Usman Ahmed, Citi’s CEO for Bahrain, Kuwait and Qatar, told Bloomberg Businessweek Middle East in October. “The country’s economy has had quite reasonable growth of over three per cent per annum, but, within that figure, there has been faster growth in the non-oil sector of 7.5 per cent,” he said.

Meanwhile, the BEQ found that Bahrain’s non-oil GDP expanded by 2.8 per cent in the second quarter of 2018, driven by the construction (up 6.7 per cent) and manufacturing (up 4.5 per cent) sectors, according to a release from the EDB. 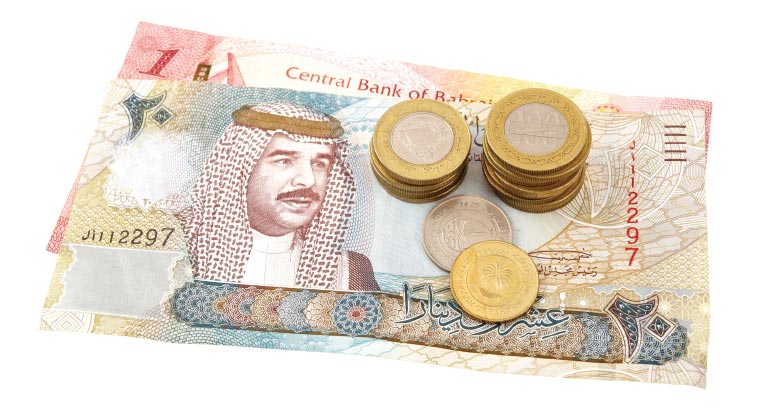 “The manufacturing numbers going forward should look even better because we have Alba Line 6 starting production around the end of this year,” Kotilaine explained at a press conference at the end of October. “So that will be a big game-changer for manufacturing. Overall, I think we’re looking at a slightly more positive picture for the economy going forward.”

This positive picture is enhanced by figures collated by MEED Projects, the Middle East and North Africa (MENA) region’s leading project tracker, which show that the ongoing expansion in the construction sector is illustrated by the total sum of infrastructure projects in Bahrain reaching USD 87.3 billion – a 3.8 per cent year-on-year growth.

“This is very positive, in the sense that construction tends to pull up other sectors,” Kotilaine said. “And we expect this to continue so it should begin to feed into stronger numbers in manufacturing, credit, financial services, et cetera.”

Additionally, the total value of foreign direct investment (FDI) is increasing at a brisk pace in Bahrain, according to the EDB which estimates that the number of projects it facilitated in the first nine months of 2018 was 138 per cent higher than a year earlier.

“These are very encouraging numbers,” Kotilaine stressed. “You can see there’s been a sharp increase. The encouraging news is that it is happening at a time when FDI, globally and also in the region, is tending to decline. So, Bahrain is doing something right and that is one thing to be positive about.”

Kotilaine’s statement was corroborated by EDB CEO Khalid Al Rumaihi, who was reported by Bloomberg Businessweek Middle East as saying: “Foreign direct investment creates jobs, diversifies the economy and fuels growth – so we are delighted to see such strong momentum, even against a challenging global backdrop. This proves the growing interest in the GCC opportunity is translating into investment.”

Indeed, even as all countries in the Gulf Cooperation Council (GCC) stand to benefit from increased economic growth, the BEQ concludes that Bahrain will be a particular beneficiary as renewed spending power drives growth in visitors and business activity. It says that the Bahraini tourism industry continues to grow across a broad range of metrics: visitor numbers are up 5.8 per cent year-on-year and the average number of nights spent in Bahrain per visitor jumped by 16 per cent.

And, in the 2018 HSBC Expat Explorer Survey, conducted globally among 22,000 respondents, Bahrain surpassed its previous ranking as the top destination in the Middle East region for individuals from across the world to resettle and achieve an exceptional quality of life. In this year’s survey, which is considered a trusted assessment of expatriates’ experience in relocation and career growth across the world, Bahrain’s position improved to fifth-ranked country in the world for expatriate satisfaction, from ninth in 2017.

The survey evaluates expatriate sentiment across three major components: economics, experience and family. Bahrain’s standing improved markedly across each of these areas in the 2018 index, up by 12, five and four positions respectively, compared to 2017. The primary drivers of this strong performance include wage growth, opportunities for career progression, work-life balance, job security, access to quality child care and the welcoming social fabric of Bahrain.

“We are consistently ranked as the top location in the MENA region to live, work and raise a family,” said Dr Simon Galpin, managing director of the EDB. “From the exceptional primary and higher education available here, to the ways we are transforming public services, including housing and health care, Bahrain continues to represent a prime destination for expats to seamlessly integrate into our society and thrive.”

In still more positive news, a KPMG report on ‘The Cost of Doing Business in the GCC’ in the ICT sector has found that Bahrain has the most liberalised and competitive IT sector in the region. It also leads on most indicators for cost of doing business in the GCC region – a market worth USD1.5 trillion. Crucially, the report revealed that Bahrain has lower costs than any other GCC country for cross-border internet connectivity, a critical metric for an ICT hub. The report also found the average cost of living to be significantly lower in Bahrain than the GCC average.

•  The average annual cost of operations for cross-border internet connectivity in Bahrain is USD126,000, compared to the GCC average of USD233,400.

•  Commercial rental costs for office space in Bahrain are lower, compared to other GCC countries – USD43,800 for Bahrain, compared to an average of USD86,480 for the GCC

•  Overall commercial utility costs (electricity and water, internet and telephone services) in Bahrain are 25 per cent lower compared to the GCC average.

But, despite all the good news and positive indicators, Kotilaine still adopted a cautionary tone.

“Where do we expect things to go from here?” he asked, rhetorically. “I think, clearly, the original expectations that we had for growth this year were a bit on the optimistic side. We have seen a sharper slowdown in the first half of the year than we initially expected. But we expect non-oil growth to continue to accelerate during the second half of this year.” 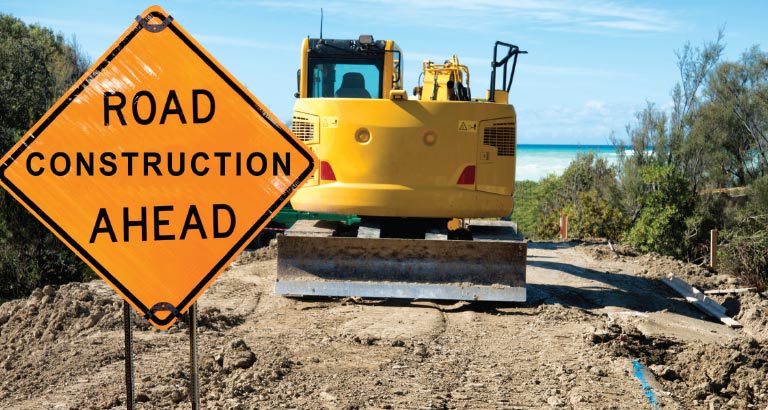 Kotilaine added that, because of the impending imposition of Value Added Tax (VAT) in January 2019, non-oil growth was likely to benefit in this year’s fourth quarter “because people know VAT is coming”.

In order to preempt that, “…people will spend more, they will buy things before VAT comes in,” Kotilaine said. “We saw some of that effect in the UAE and Saudi Arabia as well [just before VAT was imposed in those countries]. But Bahrain is now going into a period when the economy will be under counter-pressures: we will still carry good momentum from increased infrastructure spending but, at the same time, we will have the fiscal pressures that come from VAT and from the fiscal consolidation programme.”

What this meant, the Bahrain EDB chief economist said, was that, going forward, there would be negative pressure on growth. “How exactly this will pan out in growth numbers is very, very difficult to project,” he said, “because a lot of it depends on time, on the timing of big projects and it also depends on the actual implementation of said fiscal consolidation measures.”

Fiscal consolidation would, in fact, Kotilaine said, pull down growth numbers. “But, at this point,” he added, “we will still expect that impact to be fairly measured. That said, there is a range of variations; there are risks, negative and positive. If we see strong project implementation, that could actually push the numbers up. However, the oil sector still tends to pull the numbers up and down in a manner that is hard to project.

“So, overall, we are looking at the headline growth decelerating to the three per cent range – it could be a little more, it could be a little less this year and next year. There could be a similar, gradual slowdown in the non-oil sector. In the oil sector, this year, we expect a small negative number and probably close to zero in 2019.”

Kotilaine said inflation has been fairly measured but that “VAT obviously will push it up. What we are beginning to see,” he added “are the current account numbers getting better; the fiscal numbers gradually getting better. I think what is encouraging about the fiscal programme that was unveiled is that people now have much greater clarity of what’s going to be happening, and when. The worst thing you can have in economics is uncertainty – so that answer has been eliminated. People see what is coming and when, they can start preparing for it. From an economic efficiency perspective, this will actually have positive benefits as well.” 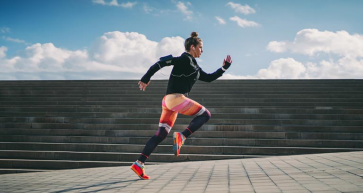 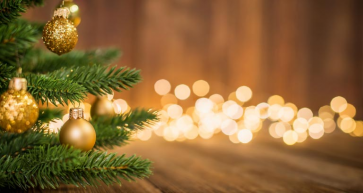 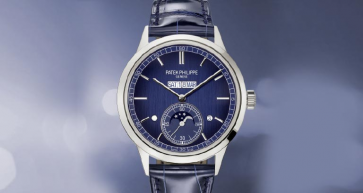